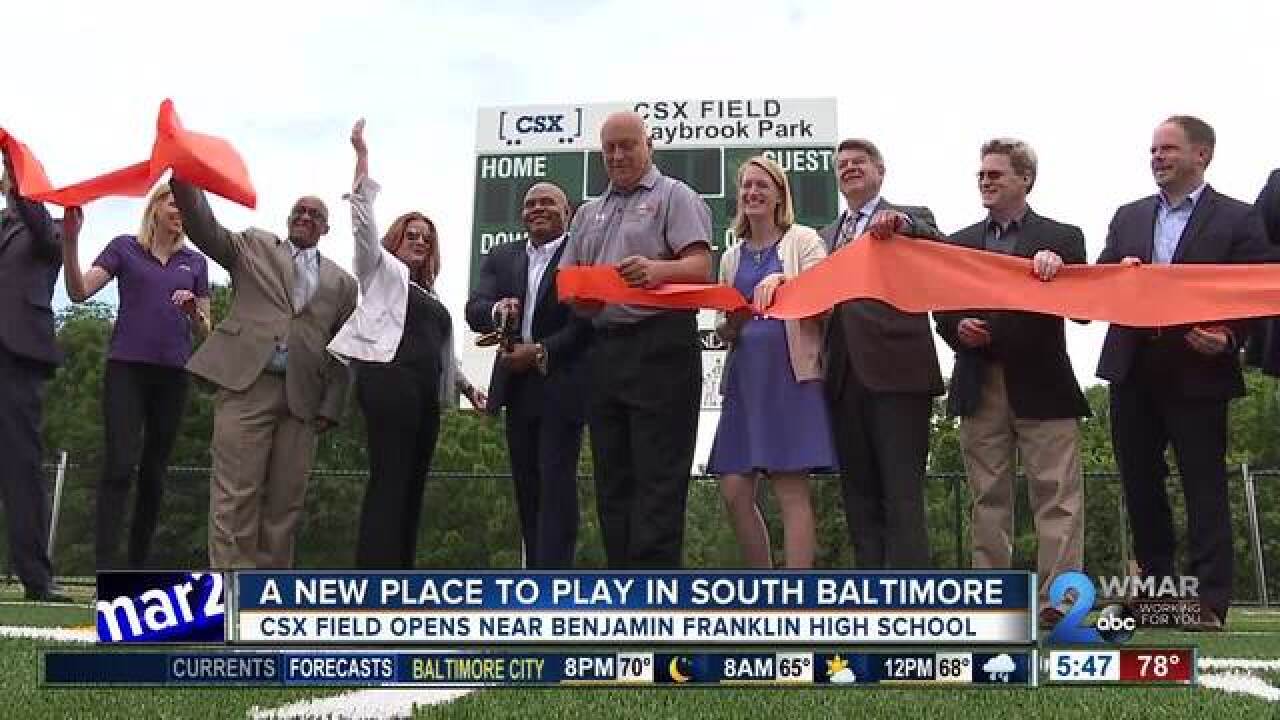 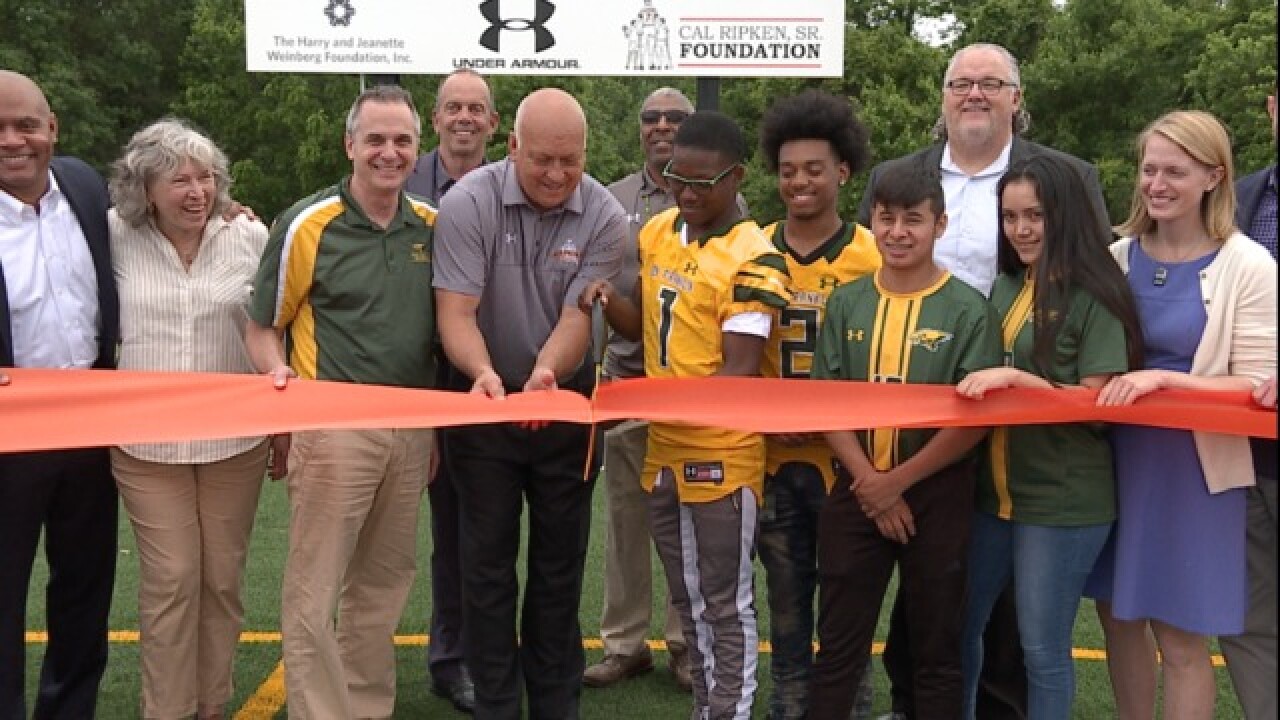 Students and athletes at Benjamin Franklin High School and the surrounding community finally have a field to call their own.

"We've been waiting a long time for this field," said Benjamin Franklin Junior football player Rayjion Hall. "We want to make a home field for us so we can make a big deal about it."

Franklin's athletes used to travel to Swann Park for their games. Not anymore.

"Now it's like actually home. We can say this is our home," added Benjamin Franklin junior football player Daiquan Guy. "We ain't got to go somewhere else, play on someone else's field. This is ours."

"To me this is an outdoor classroom," said Ripken, Jr. "There are so many valuable lessons that you can learn from sport - your individual responsibility, your teamwork, showing up on time."

It's the 78th athletic complex put together by the Ripken, Sr. Foundation nationwide. It's the 13th in Maryland.

The CSX Foundation donated $2.5 million to the project. The company's Senior Vice President and Chief Transportation Officer Jermaine Swafford used to play college football and said sports taught him determination, perseverance and how to work hard for a common goal.

"In the years ahead hundreds of thousands of student athletes, kids will also share in that experience," he said.

"When I look back on my own career you had a lot of practice, a lot of frustration. Practice wasn't always fun. But that's the real value in having a good facility and a good place to actually practice and develop," added Ripken, Jr.

As for Cal's thoughts on his former franchise, who currently owns the worst record in Major League Baseball, he says he hasn't been following the Orioles super closely but he has been keeping tabs.

"I can't say what is happening on the field or off the field. But, sometimes you go through a cycle and you have to figure out how to get out of it," The legendary Orioles infielder and National Baseball Hall of Famer said. "I'm sure they'll get out of it."