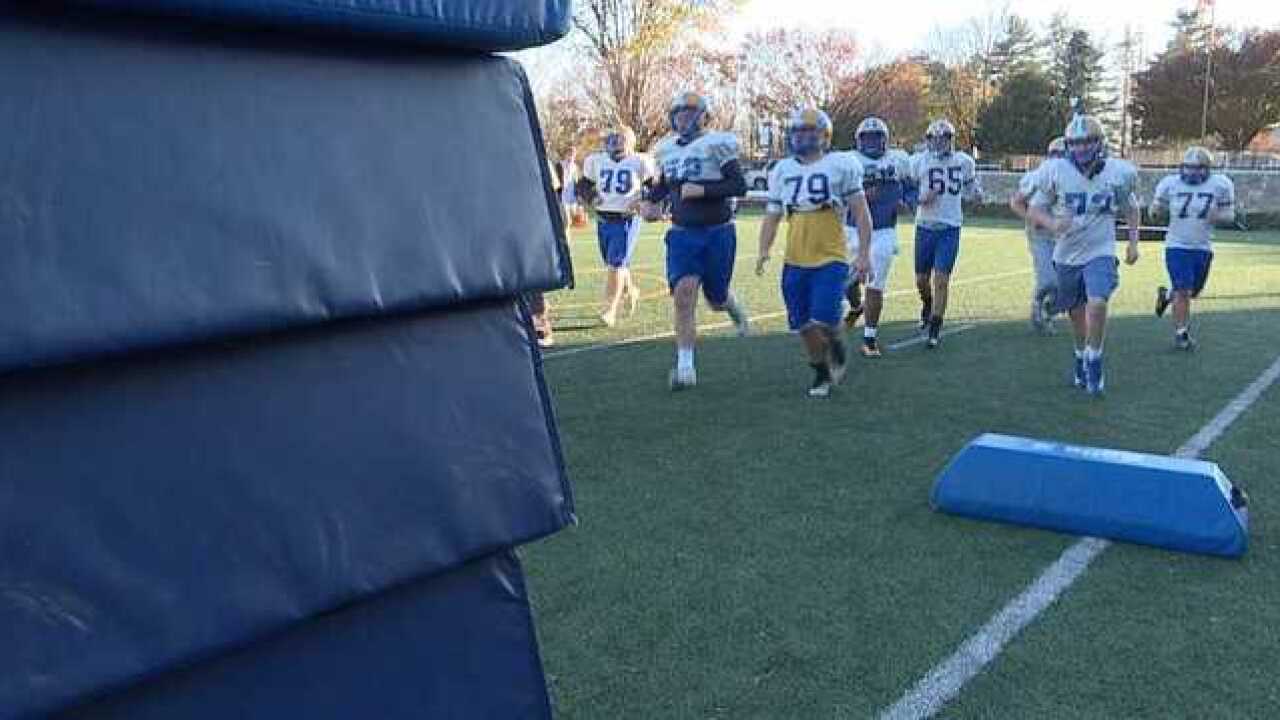 Copyright 2017 Scripps Media, Inc. All rights reserved. This material may not be published, broadcast, rewritten, or redistributed.
<p>Loyola looking for upset in 98th Turkey Bowl</p> 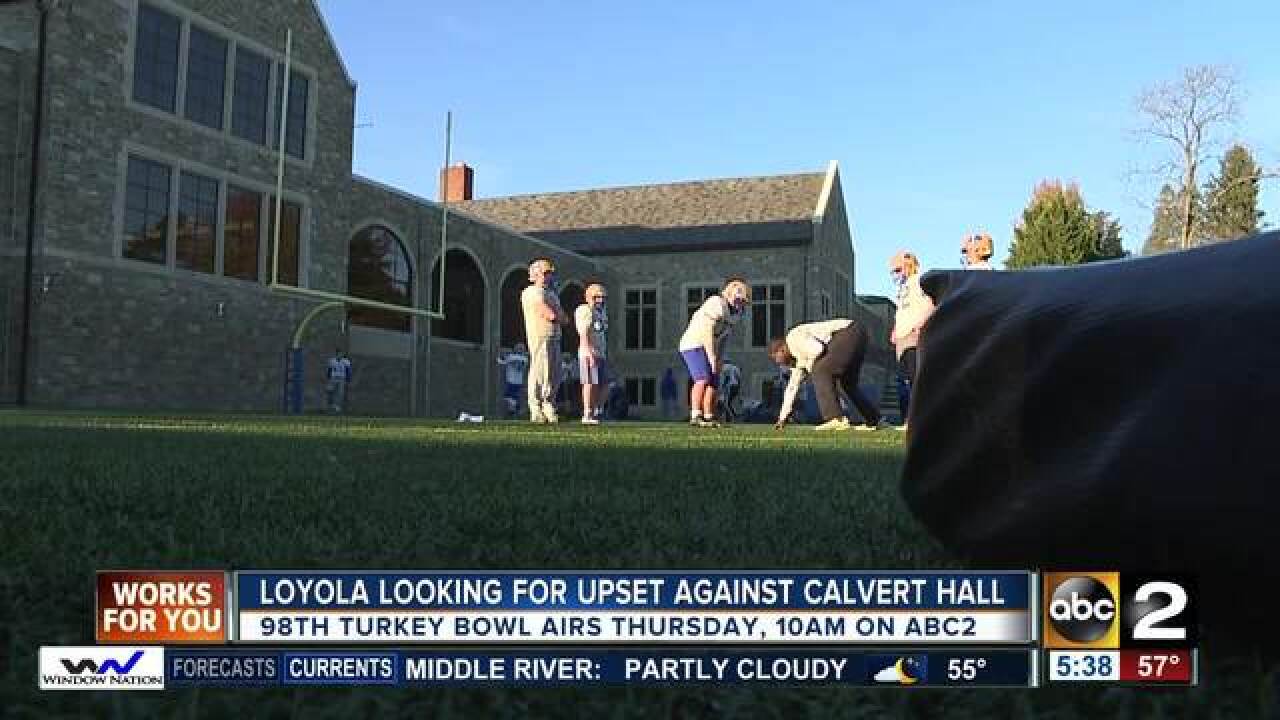 For Loyola Blakefield junior Alex Breschi, the Turkey Bowl is in his blood.

"I've been going to Turkey Bowl since I could walk. My dad played. My grandfather played. Wore this number (34). So, Turkey Bowl runs deep in my family and can't tell you how excited I am," said the Dons running back/cornerback.

The 98th edition of the Loyola-Calvert Hall rivalry will be a bit different for Breschi. It’ll be the first time he experiences it as a player.

The advice from his family:

"Just go out there full speed. Don't think. Just play. Take risks and play like it's the last game of the season, which it is. Leave it all on the line," he said.

It’ll also be the first Turkey Bowl for Loyola’s Anthony Zehyoue as a head coach.

"Guys are focused," said Zehyoue. "Guys are sharp and guys understand the magnitude of our opponent."

The 2-7 Dons head into the matchup as the underdog but they know a win over the Cardinals will make everything right until next fall.

"Everyone's been a lot more focused this entire week and everyone's really just getting it all together for one last game," said Dons defensive back/wide receiver Jack Gigliotti.

"It's going to have to be a Hurculean effort. But, we recognize it and we're up for the task and we're excited to go play on Thursday morning," added Zehyoue.

Loyola plays rival Calvert Hall on Thanksgiving morning, Nov. 23, in the 98th Turkey Bowl.  You can watch the game live on ABC2 at 10:00am.