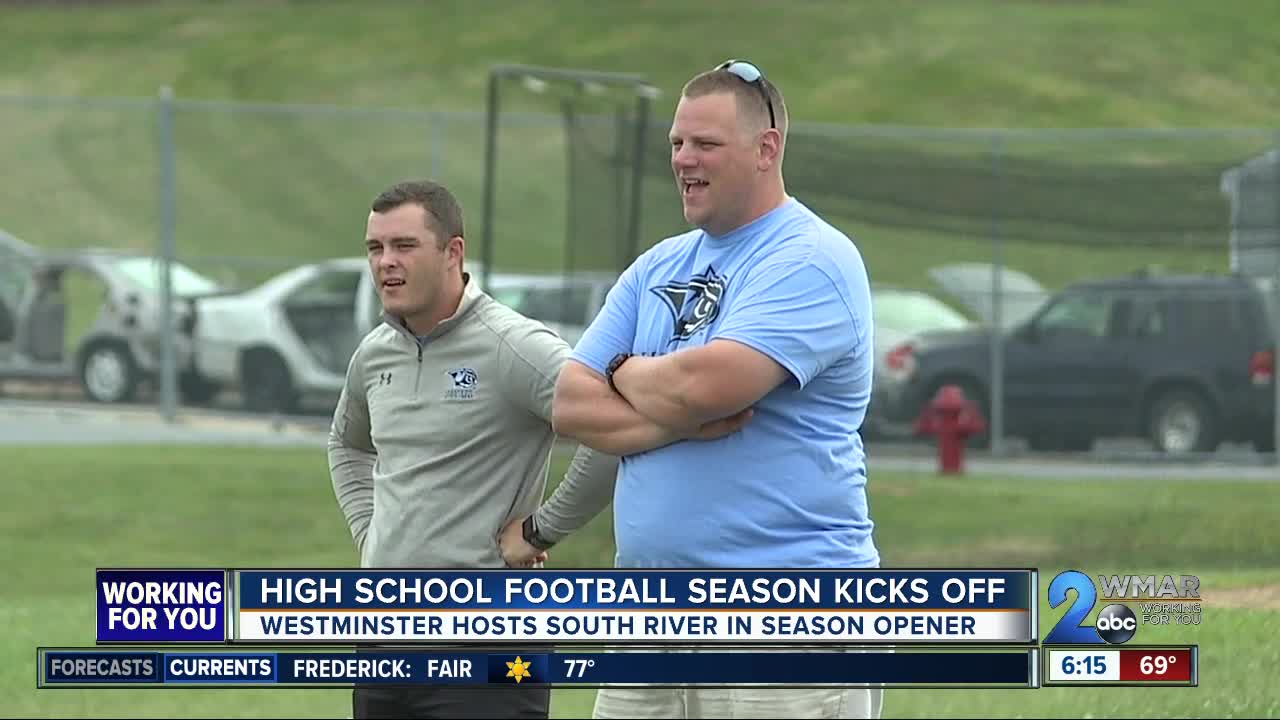 WESTMINSTER, Md. — The Westminster Owls are on a mission to prove, even with some roster turnover, this year’s team will pick up right where last year’s left off.

“A lot of people see us as not contenders anymore,” said receiver/safety Ben Flowers. “But I don’t see it that way at all.”

Gone are Carroll County-leading quarterback Christian Etchison, running back Jaden Louis and cornerback Tavian Montgomery. Flowers thinks the 2019 Owls have the players to replace them.

“Last year they would go out in the first quarter, if we were winning, and the backups would go back in and keep scoring and scoring.”

Also gone is Head Coach Matt Study, who stepped down after 12 years with the Owls. He spent the last four as head coach. Chris Bassler, 34, flies into Westminster following four seasons as the offensive coordinator at McDaniel College. This is his first head coaching job at any level.

“He’s a great coach. He really knows what he’s talking about. I learn something from him every day,” said quarterback Jalen Bradford.

New Coach, new QB. Bradford transfers in from Hanover, Pennsylvania. The junior leads a team coming off back-to-back trips to the 3A West Regional Final.

On Friday the Owls get South River to open the season. The Seahawks are coming off a 2018 season that saw them upset previously undefeated Broadneck in the 4A Regional Semifinal before losing to eventual state finalist North Point.

So is the atmosphere at Ruby Field when kickoff arrives at 7:00 p.m.

“I’ve waited a long time for this,” said the senior Flowers. “I think the key is just have someone light the fire. Start off something big for us and just keep pounding all four quarters and not let up.”