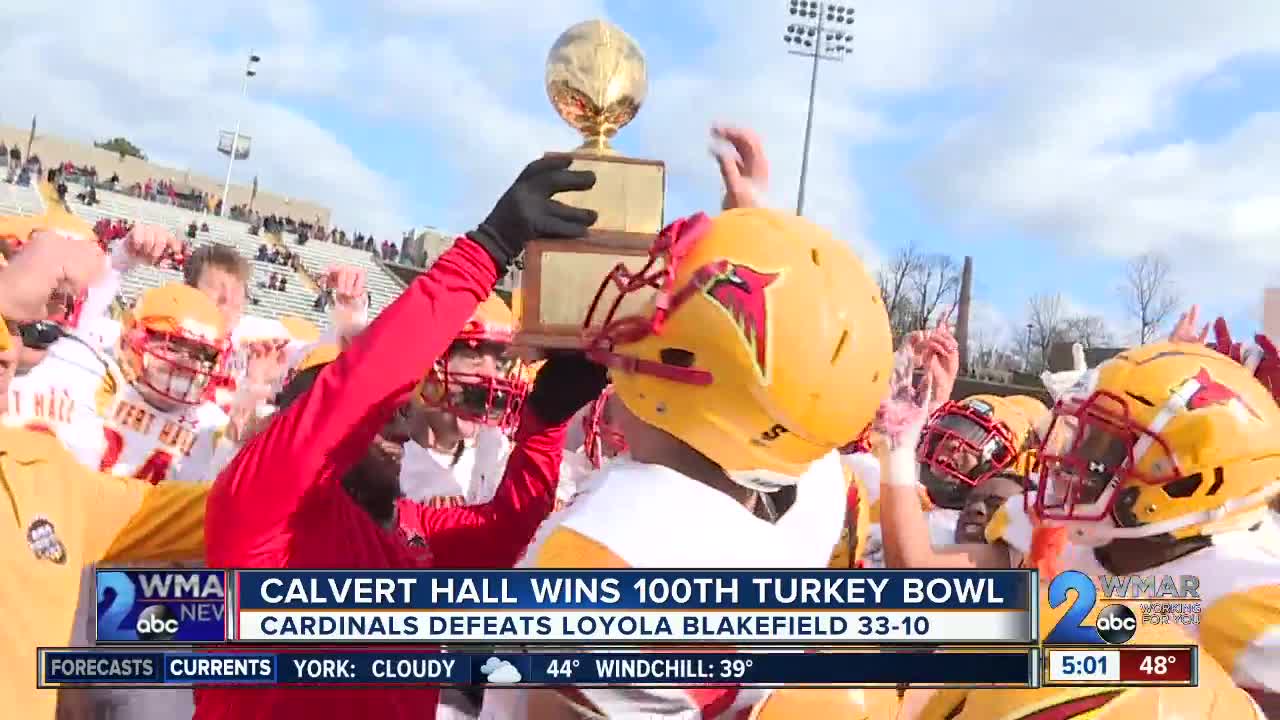 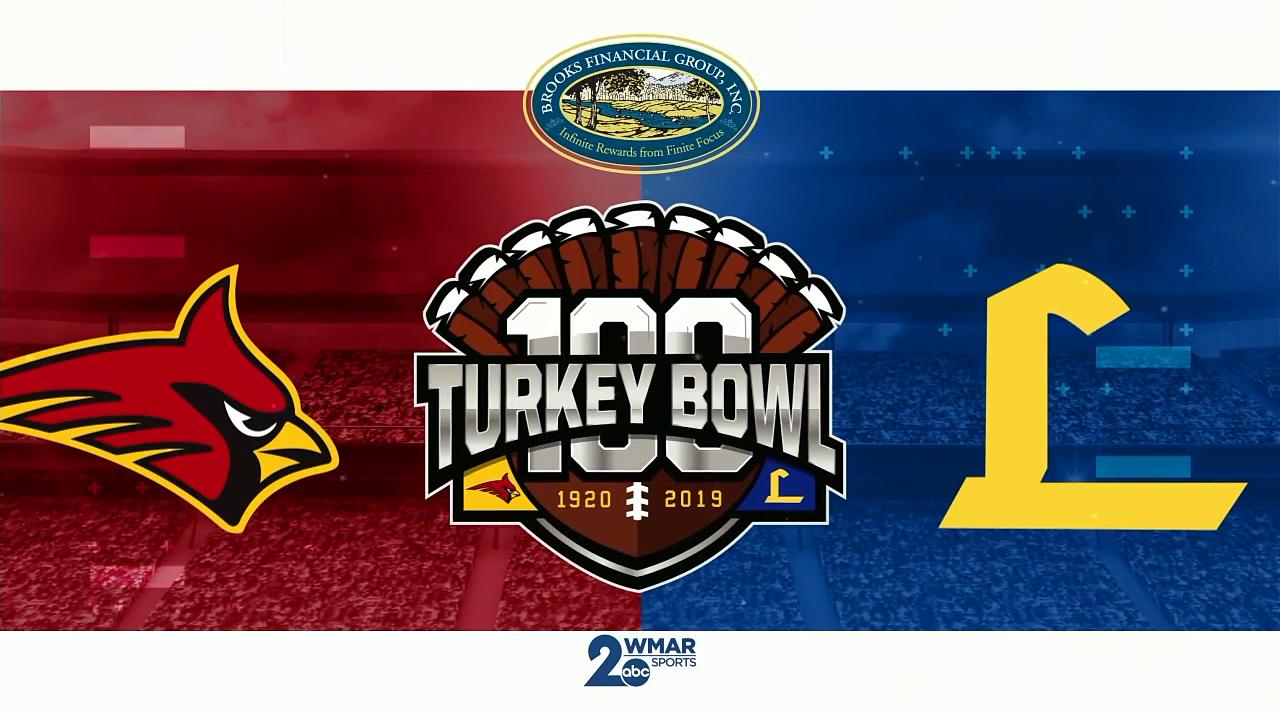 Another Turkey Bowl is in the books and the 100th edition of this great rivalry was kind of like the 99th. A Calvert Hall win and three touchdowns for Cole Herbert. The Cardinals senior says this Thanksgiving Day win was much sweeter.

Calvert Hall was in control in the first half, Herbert scored two first quarter touchdowns to give the Cardinals a 14-0 lead. That would be the score at halftime. Loyola would score a field goal to get on the board, but Herbert would get into the end zone again.

Loyola's lone touchdown would come in the third quarter as Jordan Moore connected to Ben Schleiff.

"Last year I only had three catches, three touchdowns," Herbert said. "This year I had two rushing touchdowns and it just felt better as a senior in the 100th game. Last year was fun but this year was so much more fun, just for my senior class and all. I love those guys."

"He was outstanding. An outstanding career, four year, and he leads an outstanding group," Donald Davis, Calvert Hall Head Coach said. "That's what it means to have the type of senior leaders and a kid that can play like that. What a blessing it's been to coach him."

Thursday's game for Herbert was his final one as a football player. He's going to attend the University of North Carolina next year to play lacrosse.
This is Calvert Hall's 6th straight win in the series.

You can watch the full game below!