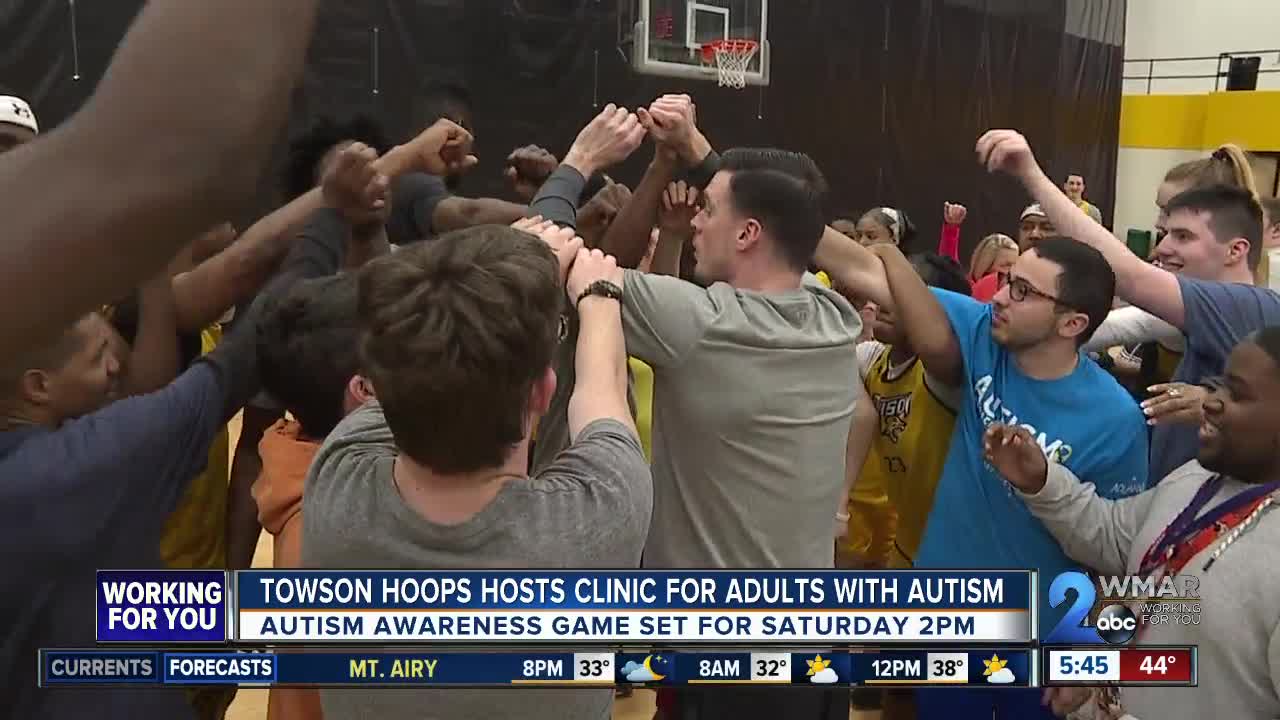 It was a basketball clinic with an inclusive purpose. TOWSON, Md. — It was a basketball clinic with an inclusive purpose.

“It’s great to do. It’s rewarding I think for our guys,” said Towson University Head Men’s Basketball Coach Pat Skerry. “It gives them some perspective.”

And it gives the participants like Chris Hicks a day of fun.

“It’s good to help us out, all of us individuals on the autism spectrum,” he said.

The Towson University men’s and women’s basketball teams hosted a basketball clinic on Tuesday for the Hussman Center for adults with Autism.

“I’ve been there since 2011 and it’s good to be working with individuals like myself and learning to build better lives,” said Hicks.

“We can make someone’s day just by passing the ball, making them smile, rebounding for them. So, it’s awesome,” said Towson guard Nicolas Timberlake.

Richardson has two children on the autism spectrum. Skerry has an autistic son and six years ago founded Coaches Powering Forward for Autism. Together with Autism Speaks they help raise autism awareness throughout college basketball.

On Saturday the Tigers men’s team will host its annual Autism Awareness game against College of Charleston. It’s the sixth annual such contest for the team. Skerry said the arena volume will be a little lower, there will be a sensory friendly room and special food items for fans who have eating issues.

“I get a lot of emails and stuff after the game from people saying they’ve never been able to bring their child to a sporting event because they were maybe nervous, had a little trepidation over that, and then that they had a great time and experience and that they are going to do it again. So, that makes you feel pretty good,” said Skerry.

“Watch them win the game. If they get a good win that will be good for all of us,” said Hicks.