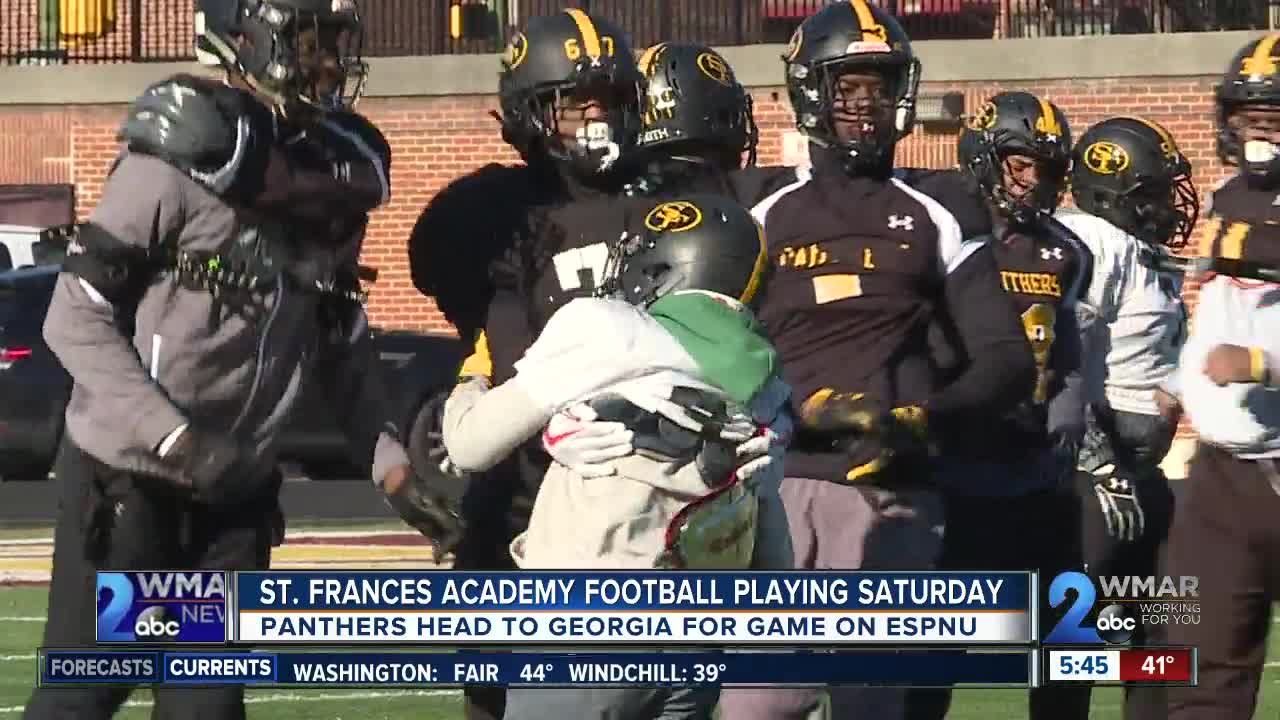 St. Frances is gearing up for one of the highest profile games in its history. 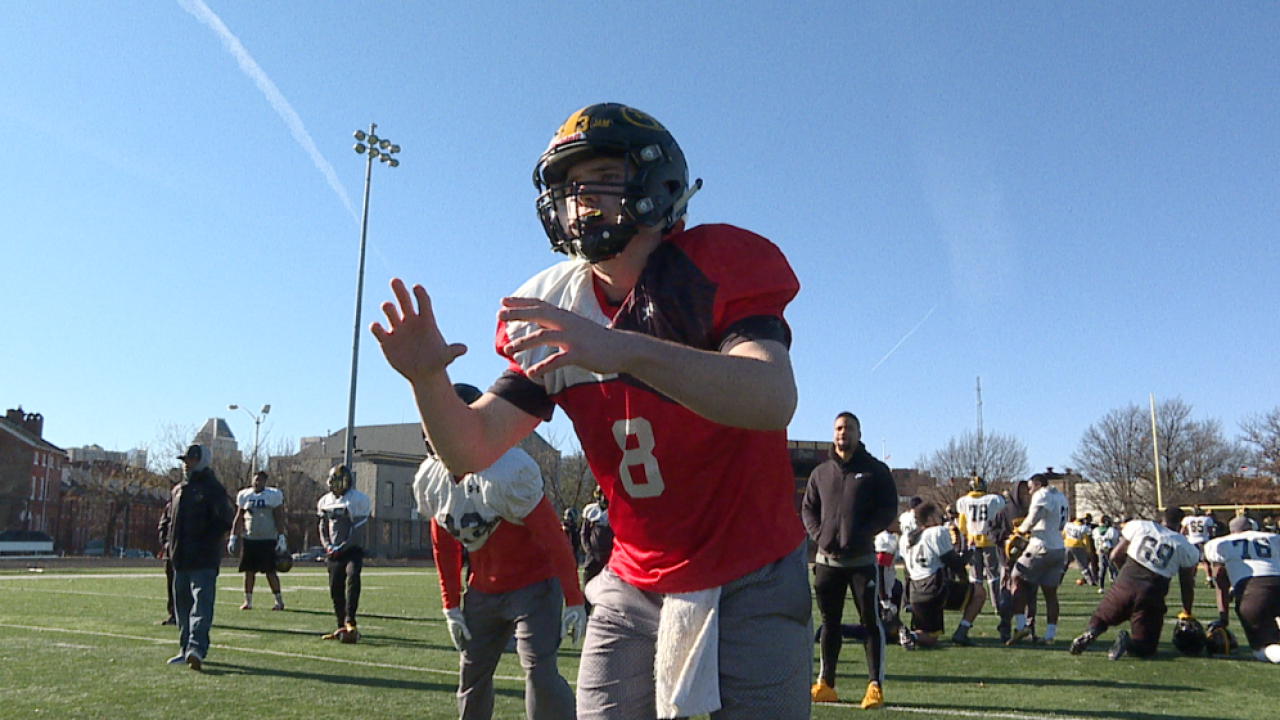 BALTIMORE, Md. (WMAR) — "That's a good comparison. They're pros. We're trying to get to the pros. So, that's how we look at it," said St. Frances Academy safety Jordan Toles.

St. Frances is gearing up for one of the highest profile games in its history.

This weekend the Panthers, ranked fifth in the country, travel to Leesburg, Georgia to take on back-to-back Georgia state champion Lee County in the Geico State Champion Postseason Bowl Series . The game will be broadcast nationally on ESPNU Saturday night at 7:30 p.m.

"We're not worried about the cameras. We're worried about our assignments and beating them so we can come home," added Toles. "We're facing some pretty good talent. They're quick, fast. They play hard. So, we just got to match their intensity and overpower them."

It’s the second straight year St. Frances has played in the Bowl Series.

This weekend will put a wrap on a rather unique season for the Panthers. They were forced to play an independent schedule, taking on teams from the United States and Canada, after all the teams in the Maryland Interscholastic Athletic Association forfeited their games against them citing player safety.

St. Frances has gone 9-0 this year and was declared the MIAA champs.

"It's been a wild year. I'm really proud of the kids for sticking with it and not getting down and just controlling what they can control," said Russell.

"I think we handled it amazing," said Corum. "Most teams maybe would have crumbled. But, we stuck through it. We kept fighting. We were having fun."

The Panthers are planning on playing another independent schedule next year.