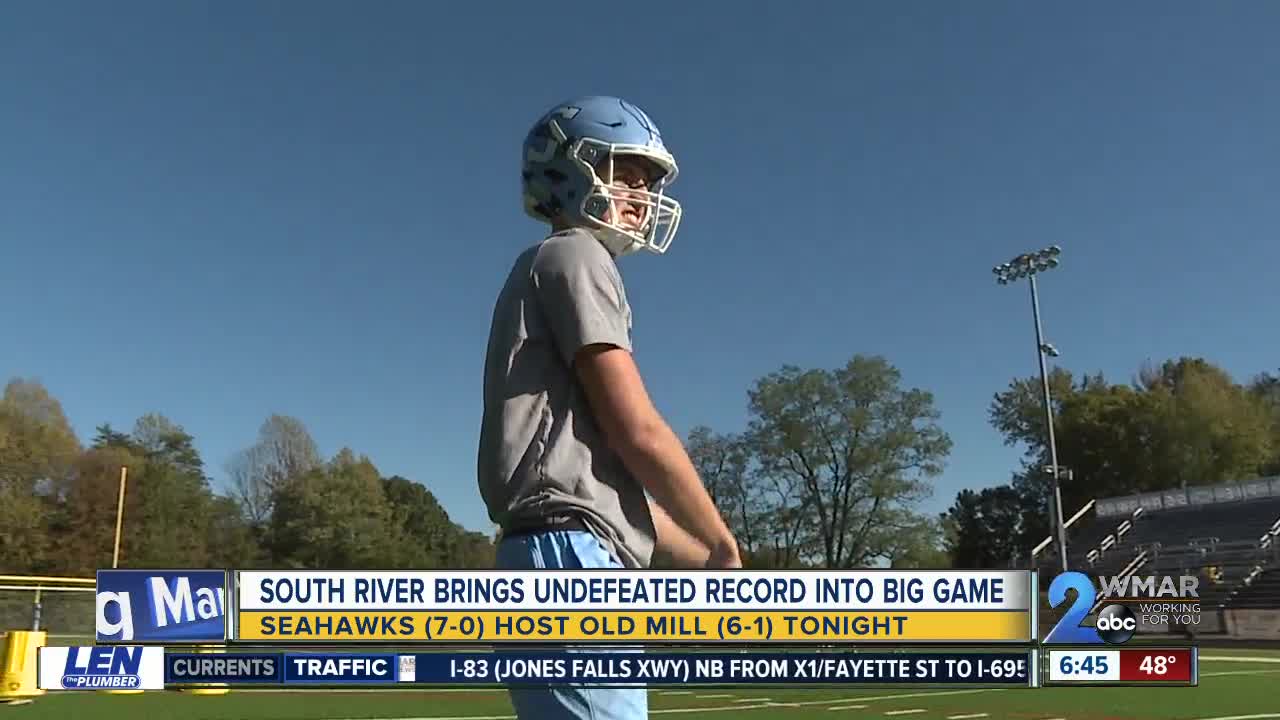 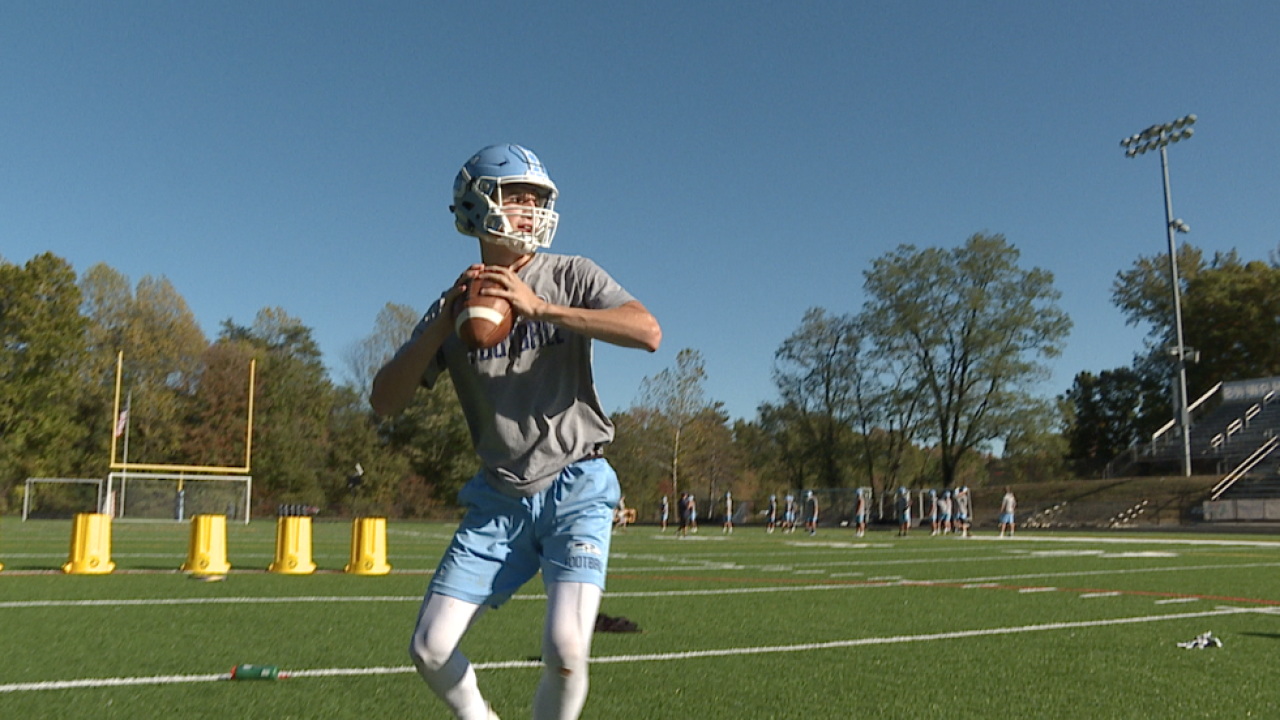 EDGEWATER, Md. — If it’s late October and your team is still undefeated, something special is going on.

Through seven weeks the South River Seahawks are unbeaten. It’s a turnaround four years in the making. When the 16 senior starters on this year’s team were freshmen there were some down days during a 1-9 2016 season.

“When they came in it was rock bottom, worked very, very hard behind the scenes and they’re seeing the fruits of their labor now,” said Dolch.

“That 1-9 year was brutal,” said senior quarterback David Foust. “You want to be able to say at the end of that year ‘Hey we’re going to turn this all around come senior year. You know, we’re going to be 7-0 then’. But at that time you can’t really envision all that happening.”

Now they don’t have to envision it. They’re living it.

Now the Seahawks (7-0) can compete with anyone, including Broadneck. They beat the Bruins 48-41 last week after trailing by 12 points at halftime. It was their first halftime deficit of the year.

“That feeling at halftime, we were all confident,” said Foust. “Coming out with a win was huge there. It felt amazing.”

“One game we’ve been behind. We took it into the second half with a different mentality and came back out on top,” added senior wide receiver Sean Leonard.

Friday brings one of the best matchups of the year in Anne Arundel County as South River hosts Old Mill (6-1). There is plenty at stake.

“The winner will probably emerge as the number one seed overall in our region going into the playoffs,” said Dolch.

“Every week we kind of say it, but yeah, this is the biggest one yet,” added Foust.

Kickoff at South River on Friday is slated for 6:30 p.m.