Rematch between Mount St. Joseph and McDonogh for the MIAA 'A' championship 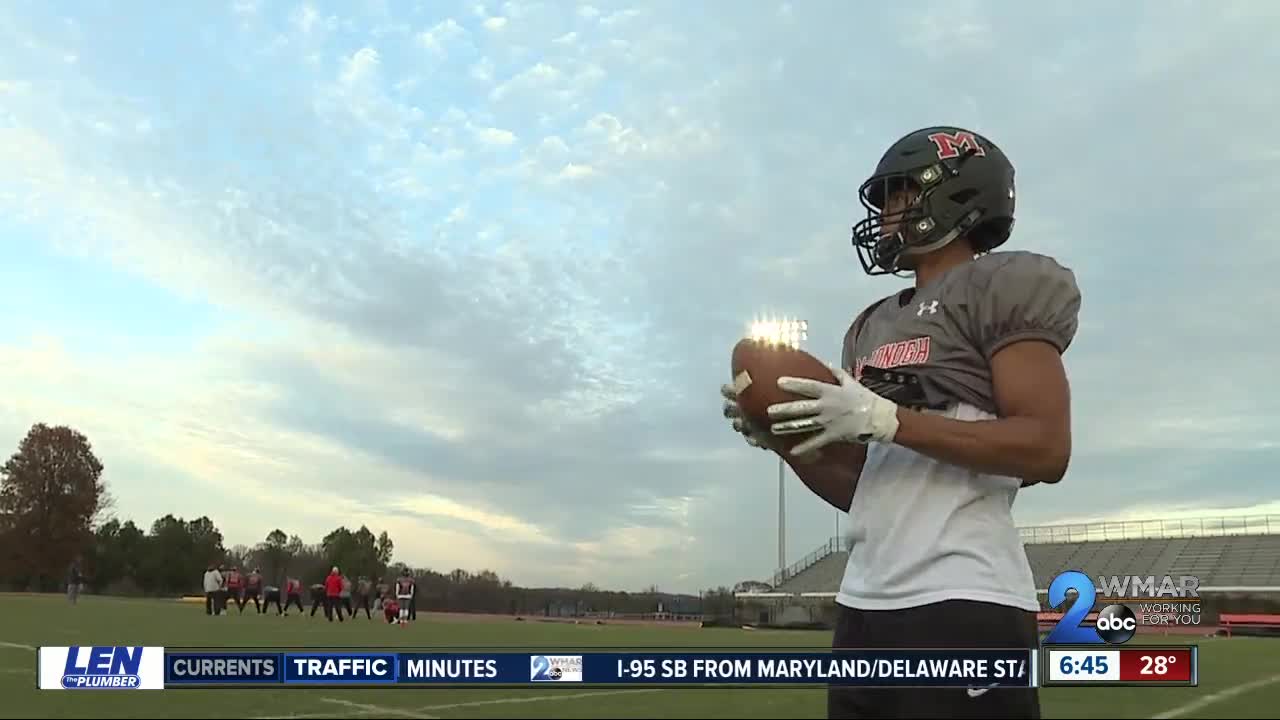 OWINGS MILLS, Md. — One more game to be a champion for a lifetime.

“It’s really big for us so we got to capitalize on the moment,” said McDonogh cornerback and receiver Dante Trader.

“That would be epic for this program and this school,” added McDonogh Head Coach Hakeem Sule.

“It means everything,” said McDonogh linebacker and receiver Curtis Jacobs.

McDonogh is set to play Mount St. Joseph (9-2) on Saturday in the Maryland Interscholastic Athletic Association ‘A’ Conference title game. The Eagles (11-0) come in as the No. 1 seed.

It’s been a bounce back season for the ages.

“Last year we were 3-6. So this year we were able to turn it around with some strong senior leadership and each week we’ve gotten better,” said Sule.

One of those seniors is Jacobs. He'll attend Penn State next year.

“We met with the coaches after the [2018] season and said we don’t ever want to ever do that again,” he said. “It was bad. We just decided that enough was enough.”

And they’ve won every game since, including a 14-7 victory over M.S.J. four weeks ago.

Trader, a junior University of Maryland commit, caught the eventual game-winning touchdown in the fourth quarter and made the game-clinching interception with seven seconds to go.

“It was a good moment for me. It was humbling though because I’ve been working for that, watching film, prepared for it all,” said Trader.

To cap off an unblemished 2019 season they’ll have to beat the Gaels for a second time.

“It’s going to be incredibly difficult,” said Jacobs. “They’ve got some guys that can go. They’ve played their best football ever since we beat them. So, it definitely should be a good game.”

Gaels Head Coach Rich Holzer said via text: “We know we have a huge challenge in front of us but are excited to settle it on the field.”