Redemption, 4th-straight win on Tigers' minds this weekend vs. JMU 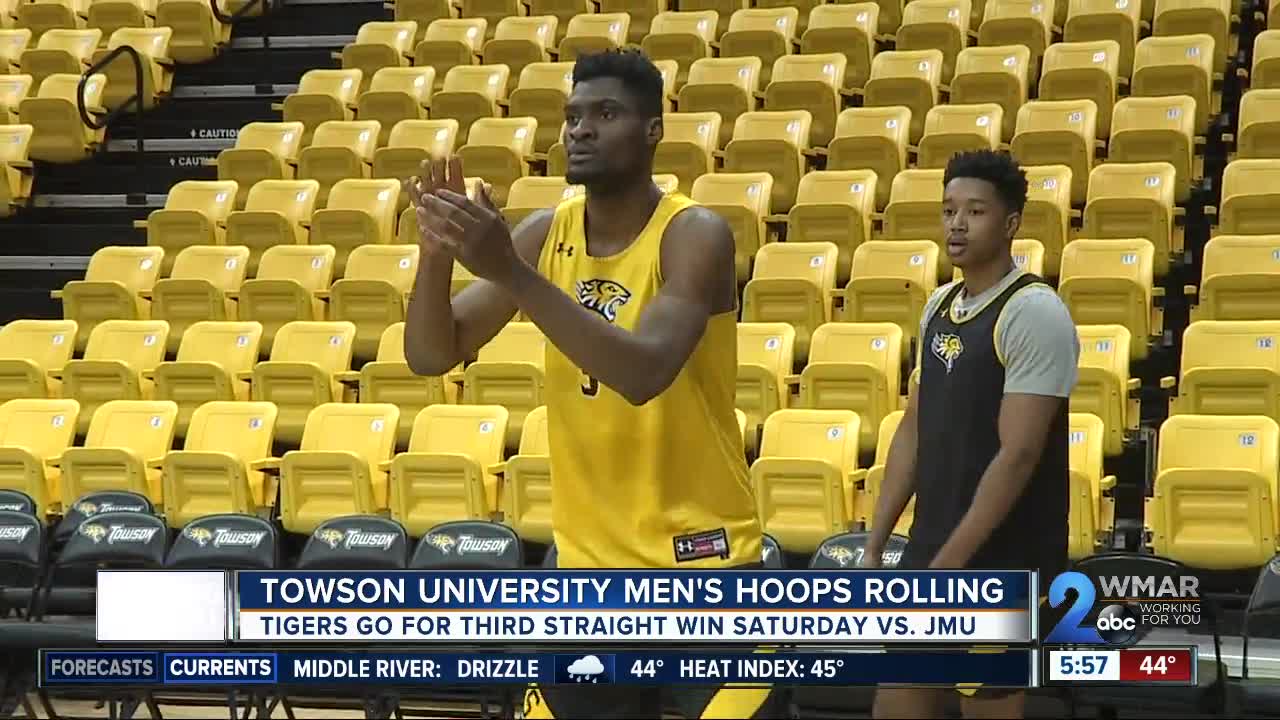 After starting conference play 0-3, they have rattled off three straight wins. They are .500 in the Colonial Athletic Association and overall.

TOWSON, Md. — The Tigers are rolling.

“We feel like we’re the best team in the league,” added sophomore guard Allen Betrand. “We’re all getting in the groove at the right time.”

After starting conference play 0-3, they have rattled off three straight wins. They are .500 in the Colonial Athletic Association and overall (9-9). The catalyst:

“Good defense,” said Fobbs. “When we play good defense our offense was able to click.”

That offense has been unstoppable over the past couple games.

In wins over Drexel and Delaware the Tigers became the first team in the last seven years to lead consecutive CAA games by 20 or more points at halftime. That had Head Coach Pat Skerry pondering how to keep it up after the intermission.

“We shouldn’t have to go back out for the last 20 minutes,” he laughed. “I wish we could move on right now but it doesn’t work that way.”

“To play against teams that are really good and beating them by 20 points, it’s just like wow,” said Fobbs.

The Tigers will try to do it again on Saturday, at home, against James Madison (8-9, 1-5). That’s the same Dukes team that ended Towson’s season last spring in the first round of the CAA Tournament.

You better believe that postseason loss is fueling the Tigers this weekend.

“As a competitor it’s still in the back of your head,” said Fobbs. “You’ll never lose sight of what happened to you last year.”

“I actually watched the game this morning. So, I really want to beat them,” said Betrand. “That hurt us last year really bad. So, we really want to come out for redemption.”

“Yeah, we know what happened last year. We had a tough, tough loss to them,” added Skerry. “But that’s last year and we’ve got to play well in order to win.”

Tip time at SECU Arena this Saturday is set for 2:00 p.m.