The Titans have tasted success. Now they want more. 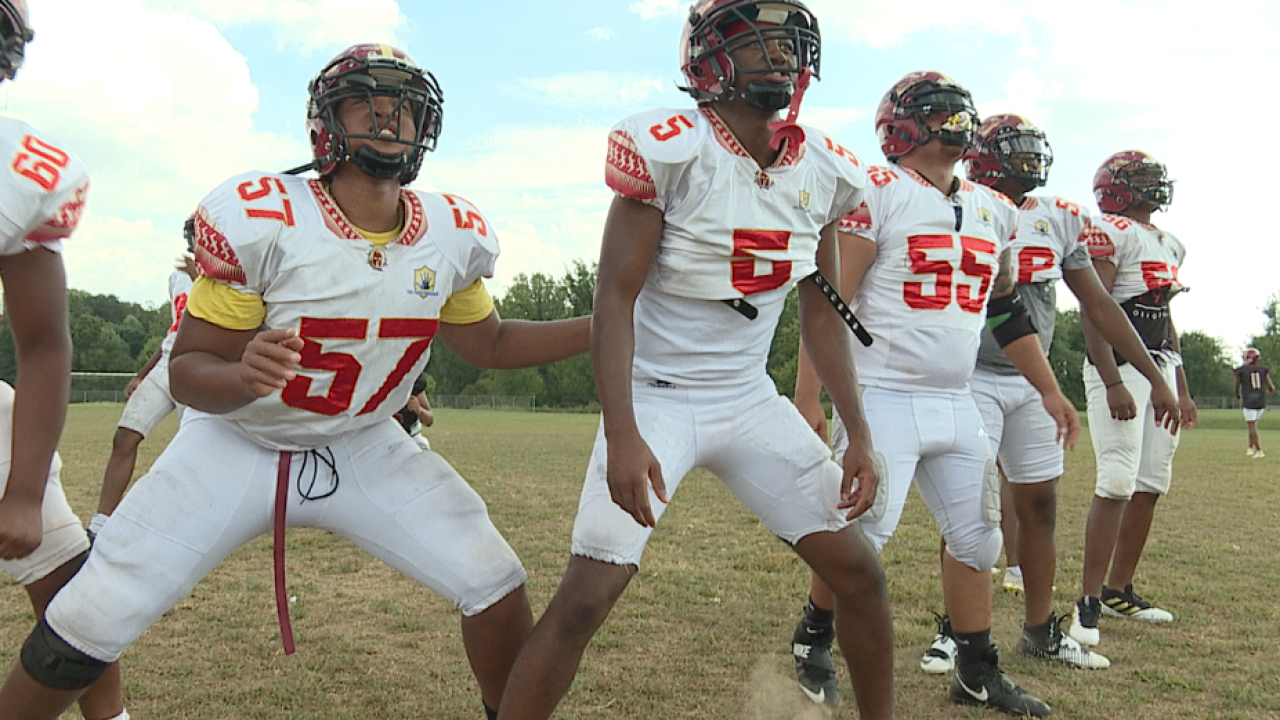 “We haven’t eaten in a long time. We haven’t won. So, we just want to get back to it,” said New Town safety/linebacker Darius Broach.

New Town is coming off one of their best years in school history. They went 8-2 during the 2018 regular season and advanced to the 2A state semifinals.

They return all but four starters.

“This team is all about making history repeat itself and going that extra mile, because last year we went to the state semifinals but that’s not going to happen automatically,” said Broach.

The only new starter on offense is quarterback Brian Williams. He comes over from Franklin where he was part of the 3A state title team last year as a receiver and backup QB.

“I’m a dual threat. I can run. I can throw. But mainly, I feel as that I should throw more instead of running,” he said. “But my coach, he keeps telling me ‘run’.”

“(He’s a) great kid overall. He can get the job done. He can throw the deep ball, the out ball,” added Savage. “I tell him to run the ball more but he wants to get it down field. He’d rather throw it than run it.”

Williams and the Titans came up just short last week in their opener. They lost 14-12 at Milford Mill.

Friday brings the Titans’ biggest rival as they travel a couple miles down the road to face Owings Mills (1-0). It’s the earliest the two teams have matched up since 2006.

“I see Owings Mills like I wouldn’t take no team lightly,” said Williams. “I don’t care what team they are, what’s their record. They’re ready. They really want to beat us. We’re going to play hard and just win.”

“They want to beat us. We’re the team to beat since we haven’t been beaten in a long time, by them specifically. We can’t take them lightly,” added Broach.

New Town looks for its fifth consecutive win over Owings Mills when kickoff arrives at 6:00 p.m.