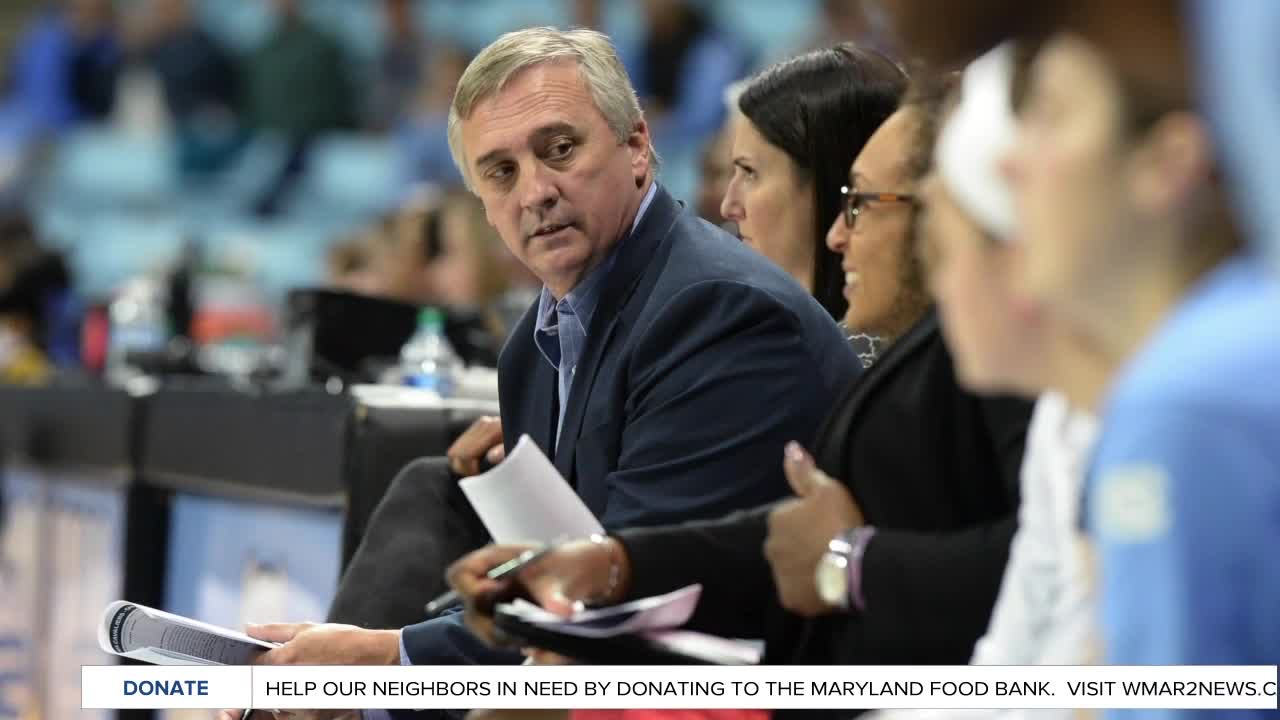 He has been in the coaching game for over a decade and he is ready for a top job.

BALTIMORE, Md. — He has been in the coaching game for over a decade and he is ready for a top job.

Tim Taylor is the new head coach of the Navy women’s basketball team.

"I don’t think it really hit me until yesterday," he said from his home in Charlottesville, Va. "When I walked into Alumni Hall and the staff had my picture up there with the Navy women’s head coaching position I was flooded with emotions."

After spending a combined ten seasons as an assistant at Virginia and North Carolina, the Navy job is his first as a head coach. Why the Naval Academy?

"This fits exactly who I am. I’ve always admired the military because they are putting their life on the line for us and I want to be a part of being able to lead and challenge kids," he said.

Taylor replaces the program’s all-time winningest coach, Stefanie Pemper, who was fired in March. She compiled a record of 214-164 over 12 years with the team. The last two seasons of her tenure were losing seasons.

How do you feel replacing someone who is at the top of the wins list in program history?

"I don’t feel pressure at all," said Taylor. "Stefanie did a great job here, obviously by all the wins, and my thing is here I want to build something that we can be proud of, the Naval Academy can be proud of on a daily basis."

Taylor said he eventually wants his teams to play a fast, disciplined brand of basketball. Right now he’s starting to build a staff.

"I’ve met a lot of people. I have a lot of friends within this business," he said. "I could have a quick, short list of people that I know would fit the Naval Academy."

He is also connecting with his new players. He has to do it all while navigating the social restrictions due to the coronavirus pandemic.

"I think right now you learn to be a better communicator, as far as COVID-19," he said. "You have to be very succinct with what you’re talking about. You got to be very good at communicating at this point."

Here is hoping those meetings go from online to on-court soon.