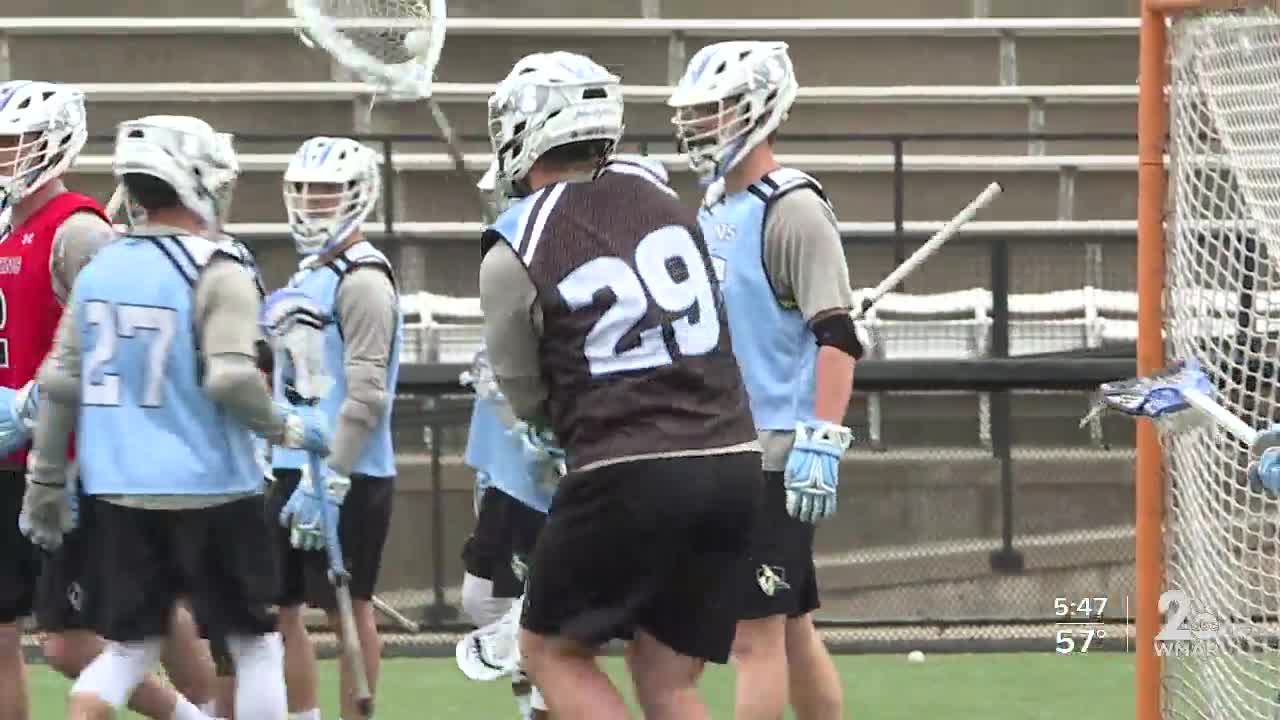 It is a new era for the Johns Hopkins University men’s lacrosse program.

BALTIMORE, Md. — It is a new era for the Johns Hopkins University men’s lacrosse program.

The school has named Peter Milliman its 23rd head coach of men's lacrosse. The soon to be 42-year-old has coached Cornell the past three seasons to a 28-10 record.

"This is something I’m really excited about, invested myself and my family in," he said. "This is a prominent program that deserves to have someone that is going to work their butt off."

Milliman replaces Dave Pietramala, who is atop the list of wins in Blue Jays history. Pietramala leaves after 20 years. He and the school agreed to part ways as he was in the final year of his contract.

What is it like taking over for the all-time winningest coach in Hopkins history?

"It’s great. It’s not unnerving," said Milliman. "Opportunities present themselves in different ways and this is a special one. It’s a very significant one."

Milliman said no decisions have been made just yet regarding his staff. He is in the process of coming up with candidates and connecting with his new Jays players. As for what type of lacrosse he likes his teams to play, it’s pretty simple.

"I’m a big fan of the ball going in the net. I think there’s a lot of different ways to get it in there."

When that will be able to happen next is anybody’s guess. There are challenges taking over a program during the coronavirus pandemic.

"We’re going to have to figure out how to build a new team dynamic with a new staff and a new group of young men. Everything that we can do to be productive, and moving forward it may have to be creative at times and something that we’re not used to, but that doesn’t mean that it’s wrong or flawed or less affective," said Milliman. "It’s just a part of adapting to your environment."

Hopefully that adaptation takes the field at Homewood soon.