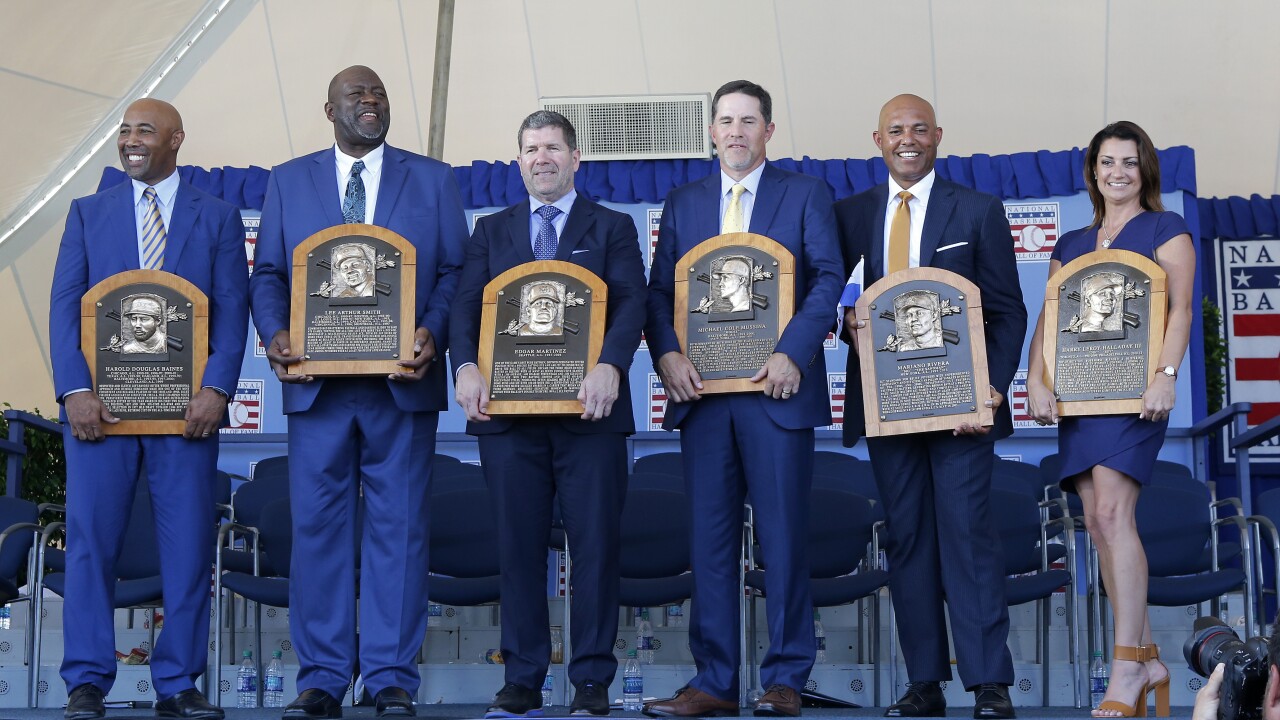 The man known as "Moose" was drafted by the Orioles in the 1987 Amateur Draft out of Montoursville High School in Pennsylvania.

He pitched 10 seasons in an Orioles uniform before signing with the New York Yankees, where he remained until his retirement in 2008.

Mike Mussina reflects on his time in Baltimore during his Hall of Fame speech.

Baines, a St. Michael's, Maryland native, had two separate stints with the Orioles. The first lasted from 1993 through 1995. He would later return in 1997 and stay midway through the 1999 season.

Harold Baines remembers the importance of the St. Michaels community in his Hall of Fame speech. pic.twitter.com/0n2rFoj6eG

Smith spent the 1994 season in Baltimore, where he saved 33 games.

Throughout his career, Smith compiled 478 saves which until 2006 was baseballs all time record. He now sits third on the list.