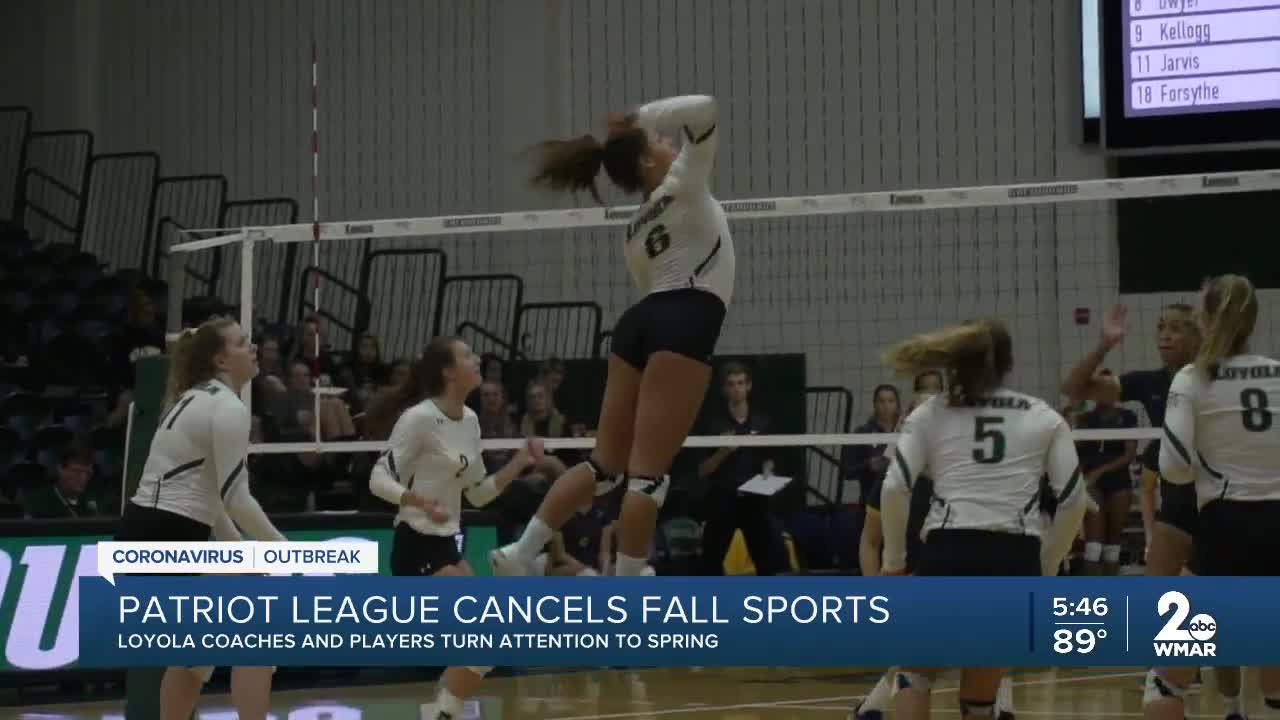 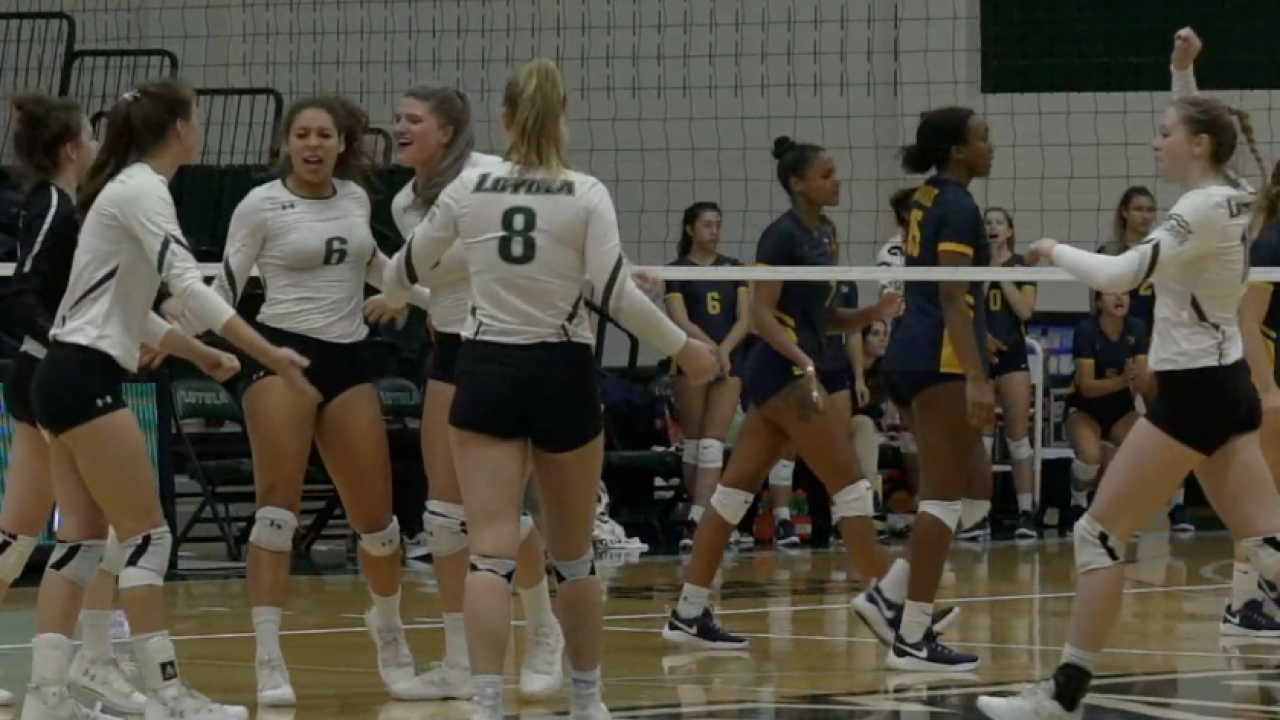 BALTIMORE, Md. — The dominoes are falling with regard to playing college sports this fall. Leagues across the country are shutting down and canceling games because of the COVID-19 pandemic.

"It’s one of those things we kind of saw coming. But then when you actually hear it, it’s still a punch in the gut," said Loyola University Head Women's Volleyball Coach Alija Pittenger.

Loyola University coaches and student athletes heard it on Monday. The Patriot League announced sports will not compete this fall.

"I hurt for my team," said Pittenger. "I know how hard they’ve been working and how much they want to play. I know it’s just devastating for them."

"In a weird way it was kind of comforting to have a final answer about what it may look like moving forward," added Pittenger.

In a statement the league says 'the opportunity for conditioning, strength training and other practice opportunities in all sports will be permitted provided health and safety conditions support such activities'.

BREAKING: Patriot League cancels fall sports competition. #Loyola and #Navy both compete in the league. Navy and Army "may continue to engage in competitive opportunities as considered appropriate" by its Superintendent. @WMAR2News pic.twitter.com/vJBl3FSgh9

Who this hurts the most, of course, are the seniors. But their college careers may not be over. Moving fall sports to the spring is also still on the table.

"We talked to them last night. They were devastated," said Pittenger. "Before they were preparing for the fall and now they’re like, ‘Alright. So we’re going to prepare for a spring. What’s that going to look like? What are we going to do now?'"

Whatever they do, they know each outing could be their last.

"Even if we don’t have a season, we’re going to be together. Never take anything for granted again," said Loyola rising junior soccer player Kaleigh Gallagher. "Hopefully we will be able to be back on the field and we will be back stronger than ever because of what we have been going through as a team."