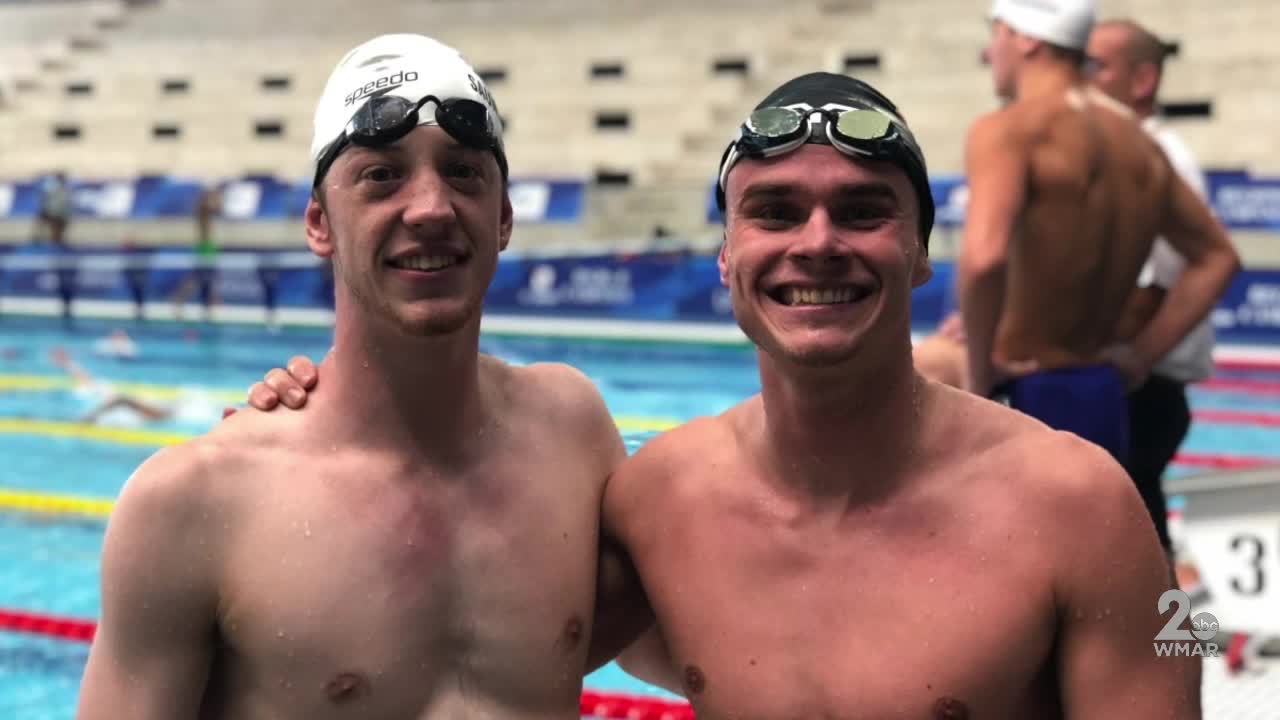 Alex Gliese was on his way to competing in this summer’s 2020 Olympic Games. But Tuesday's postponement of the Tokyo Games because of coronavirus concerns changed all of that.

BALTIMORE, Md. — Alex Gliese was on his way to competing in this summer’s 2020 Olympic Games. But Tuesday's postponement of the Tokyo Games because of coronavirus concerns changed all of that.

"It was a little bit disappointing for me to find out that everything kind of got canceled and pushed off," he said.

The 22-year-old from Columbia, Md. has dual citizenship with Denmark. He’s part of the Danish national swim team. Since graduating from UMBC last summer he put his PhD studies on hold to try and fulfill his Olympic dream.

"We’ve planned around these certain dates and the timing of it, and then to kind of have that ripped away from us, it’s hard but it definitely is the right thing to do to postpone the games," said Gliese.

"I think it’s a fair play on the IOC’s part and the Olympic Committee," he said.

The 22-year-old Laurel, Md. native and Towson University grad is on the U.S. national swim team. He had a legitimate shot at heading to Tokyo to compete in the 100 meter butterfly. He’s viewing this extra year of training as a positive.

"It does mean mess up with the timeline but as of today the Olympics are in 2021 so that’s what I’m focused on," said Saunderson.

While Saunderson’s and Gliese’s Olympic flame is about to flare, Farrah Hall is hoping hers hasn’t been extinguished.

"It feels a little bit empty now not to have it," she said. "For me it’s really going to be a huge challenge to regroup."

Hall grew up in Annapolis. She now lives in France. This was to be her second Olympic Games (London 2012) competing in windsurfing. She already had a spot on Team USA. Now the future is up in the air for the 38-year-old.

"I feel a lot of pressure just being able to continue in my sport for another year and how I’m going to manage this," she said. "I just have to stay tough and wait and train the best I can and just kind of see what unfolds."

That’s all anyone can do.