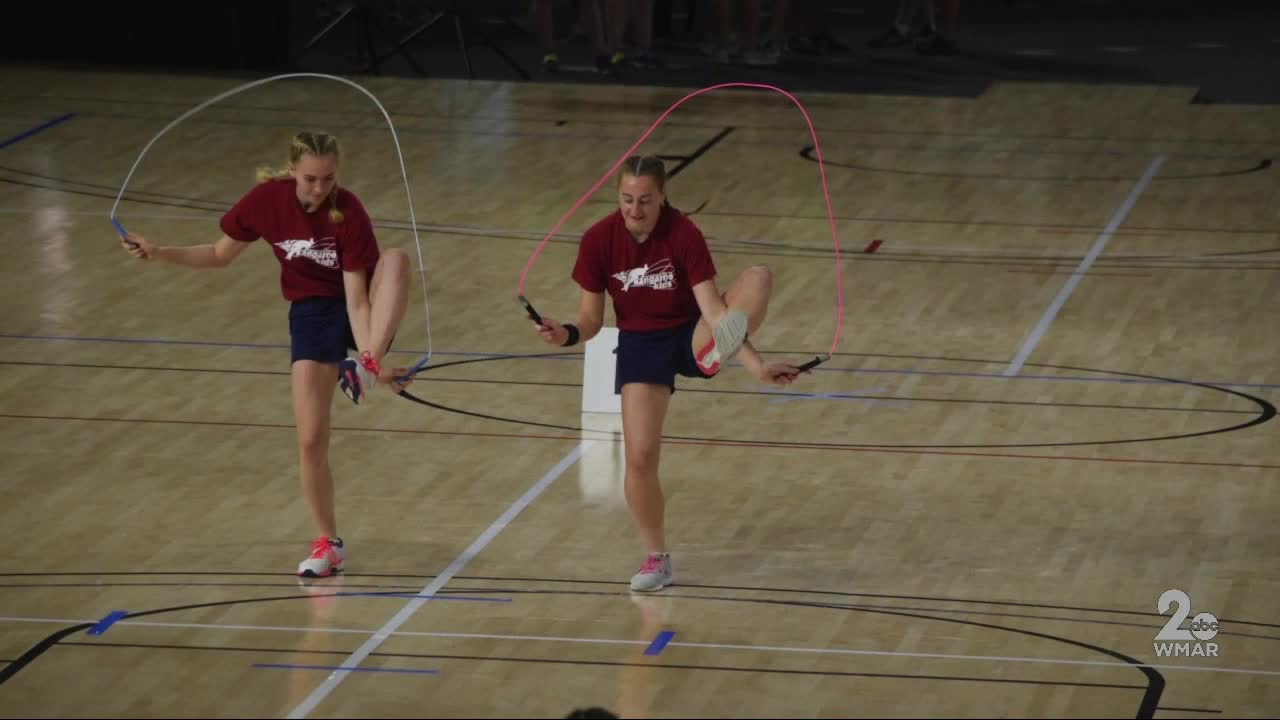 "You can always make up a new trick. There’s never a limit to how many tricks you can do," said Meek.

Jenna (18) and Kacie (17) compete as a pair. They are part of Kangaroo Kids in Ellicott City. The precision jump rope organization is made up of over 200 athletes from Howard County ranging in ages 6-18. The club also teach classes to jumpers young and old. Jenna and Kacie are among the best. They were selected as two of 20 USA All-Stars from around the country.

"I worked very hard for it. So, it’s a very proud moment," said Costello.

But now the partners’ intense practice sessions and bouncing battles have been grounded because of coronavirus.

"You need to practice in your groups to get better as a group," said Costello. "So, it’s very hard not being there."

"It’s definitely difficult and very disappointing that we all can’t get together and practice," added Meek. "But, we’ve been keeping in touch so much over the phone."

They have also been jumping solo in the driveway or in the garage.

"We’ll do it by ourselves and then send a video to each other and get feedback," said Costello. "I run every day to stay in shape and then I’ll jump later in the day."

Staying in top shape is key because the U.S. National Jump Rope Championships are still scheduled for late June in Cleveland. They haven’t been canceled yet. Jenna and Kacie are hoping their Kangaroo Kids team can compete.

"I know that if everyone stays positive and puts forth their best effort at home and really keeps a schedule of practicing at home, by the time we’re finally able to come all together it will be like we never were apart," said Meek.