Horse racing's return to Maryland is out of the gates 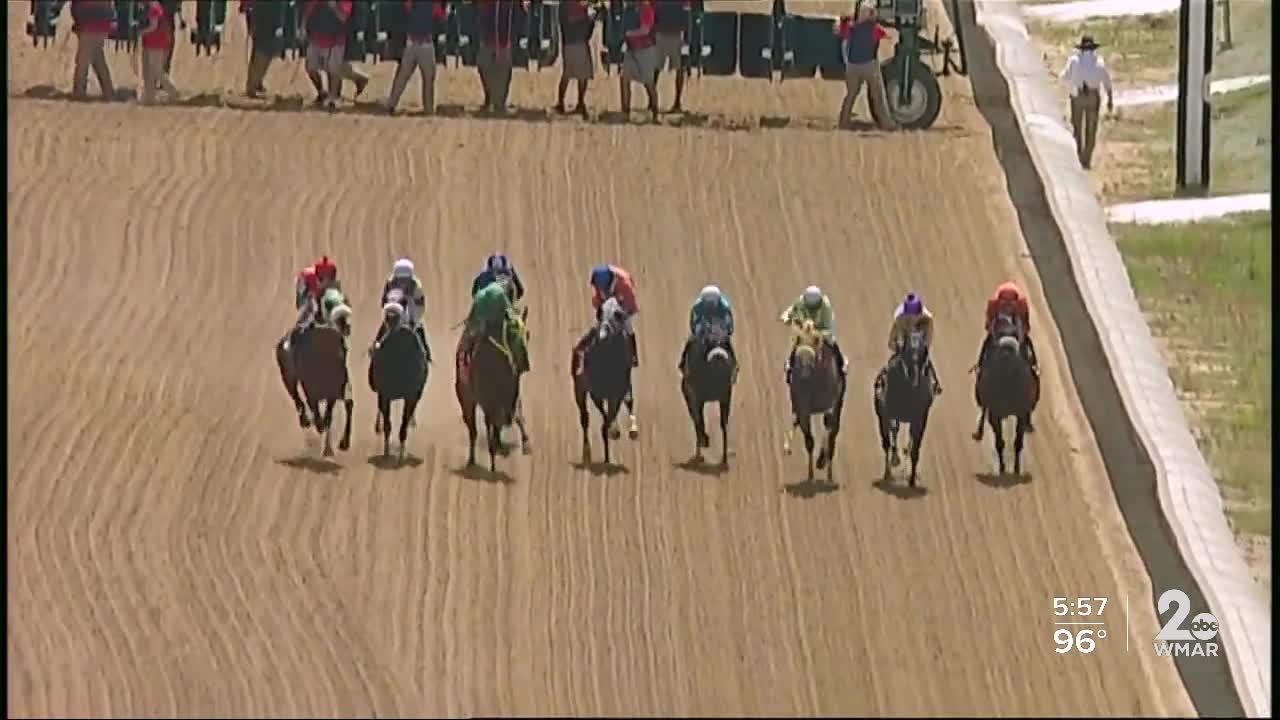 Horse racing has returned to Maryland for the first time since the coronavirus pandemic pause began in mid-March.

BALTIMORE, Md. — Horse racing has returned to Maryland for the first time since the coronavirus pandemic pause began in mid-March.

"It’s an awesome feeling to get back to work and to get back winning again," said jockey Trevor McCarthy.

It's an awesome feeling not only for the jockeys but for the horses, too.

"They were so fresh, ready to go," said jockey Katie Davis. "They couldn’t wait to run. Their spirit was up."

Laurel Park hosted races last Saturday, Sunday and Monday. There were no spectators and some extra health precautions were in place. McCarthy and his fiancee, Davis, were both back at it. McCarthy is a four-time Maryland year-end champion and Laurel’s leading rider during the winter. He rode four winners over the weekend.

"You can always hear the roar of the crowd and it’s been very quiet," he said. "I would say its not as fun."

Fun has taken a back seat to safety.

"Everything has been sanitized every day," said McCarthy.

"After every race too," added Davis.

"We have masks provided for us. We have our temperatures checked," McCarthy responded.

"We want everything to go back to normal. And so, if we follow the protocols it will probably come back sooner," said Davis.

As of now there are a couple races per week scheduled at Laurel - Fridays and Saturdays - through August 22.

As for Maryland’s most prestigious race, the Preakness Stakes, that will be held October 3 at Pimlico. For the first time it is the final jewel in the triple crown and could produce a triple crown winner.

"It’s kind of neat in a way because it’s something different," said McCarthy.

"To Bring to Baltimore. Our county. Our state," Davis continued.

"I think it would bring a lot of revenue and a lot of publicity to our race track and our city of Baltimore," added McCarthy. "It would really be a big day. So, fingers crossed that we have something like that."

Crossing their fingers with a return to racing out of the gates.