Hopkins getting some help from above en route to World Series 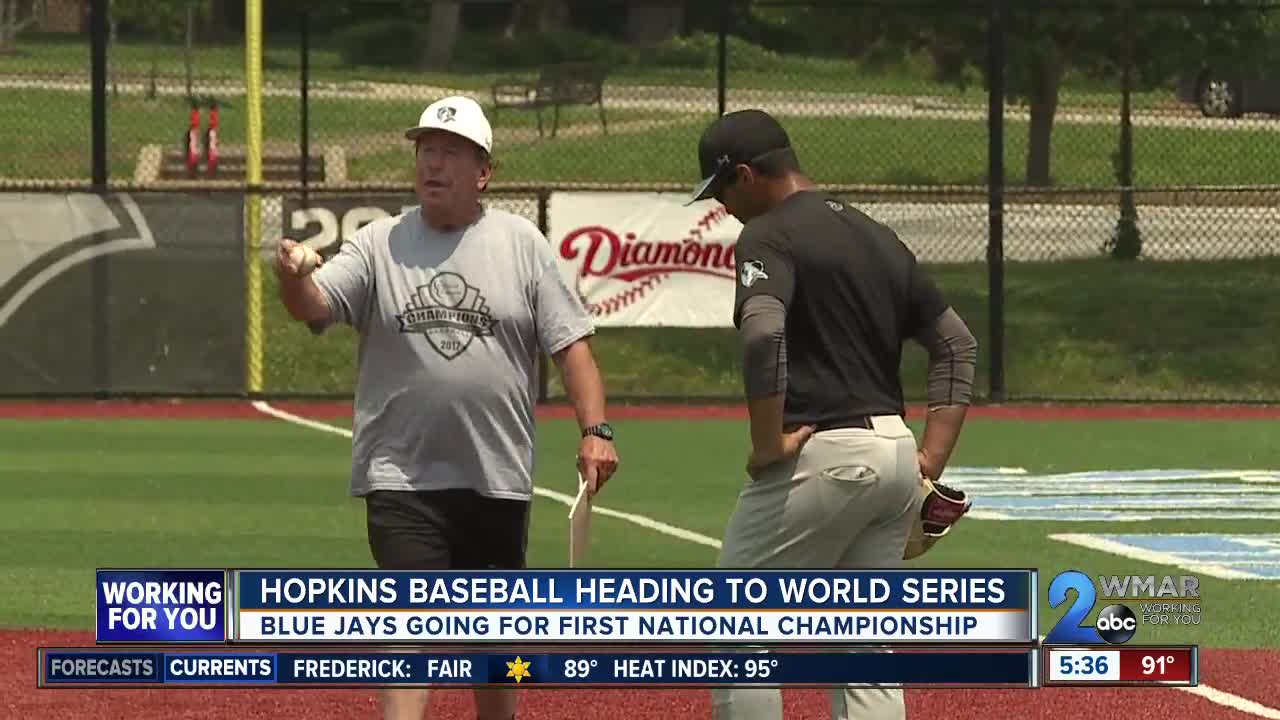 BALTIMORE — Bob Babb has seen it all.

In his 40th season as head coach of Johns Hopkins baseball, he knows when he has a good team on his hands.

Well, maybe not all the time.

“I did not see this coming,” he said. “In fact, my wife leaves today for Madrid. She asked me months ago, 'It's the World Series, do you have any chance of getting there?' And I said, 'Really probably not with this team.' So she's a little upset at me as you can imagine.”

Ms. Babb may be upset, but everyone else is ecstatic.

For the fourth time in program history the Blue Jays are heading to the Division III College Baseball World Series. They punched their ticket to Cedar Rapids, Iowa by winning the NCAA Super Regional last weekend.

“At this point, it's all gravy. If we play well we can beat anybody,” added Babb.

“Every day we come out, and it doesn't ever really feel like there's a team in the world that could beat us,” said Hopkins first baseman Nathan Davis.

Hopkins is one of eight teams still alive. Two brackets of four teams will play a double-elimination format. The two winners will play a best-of-three series for the national title.

The Jays begin World Series play Friday at 5:30 p.m. Eastern against Babson (Mass.). They have never won the national championship. They were runner-up in 2008.

As Hopkins continues this miraculous postseason run they maintain they are doing it all with a little help from above.

“Jim and I were very close, and it was really shocking and very surreal, the passing of Jim,” said Babb. “So, in a way, I'm sure he is looking down, and we're getting some favorable bounces because he's up there.”