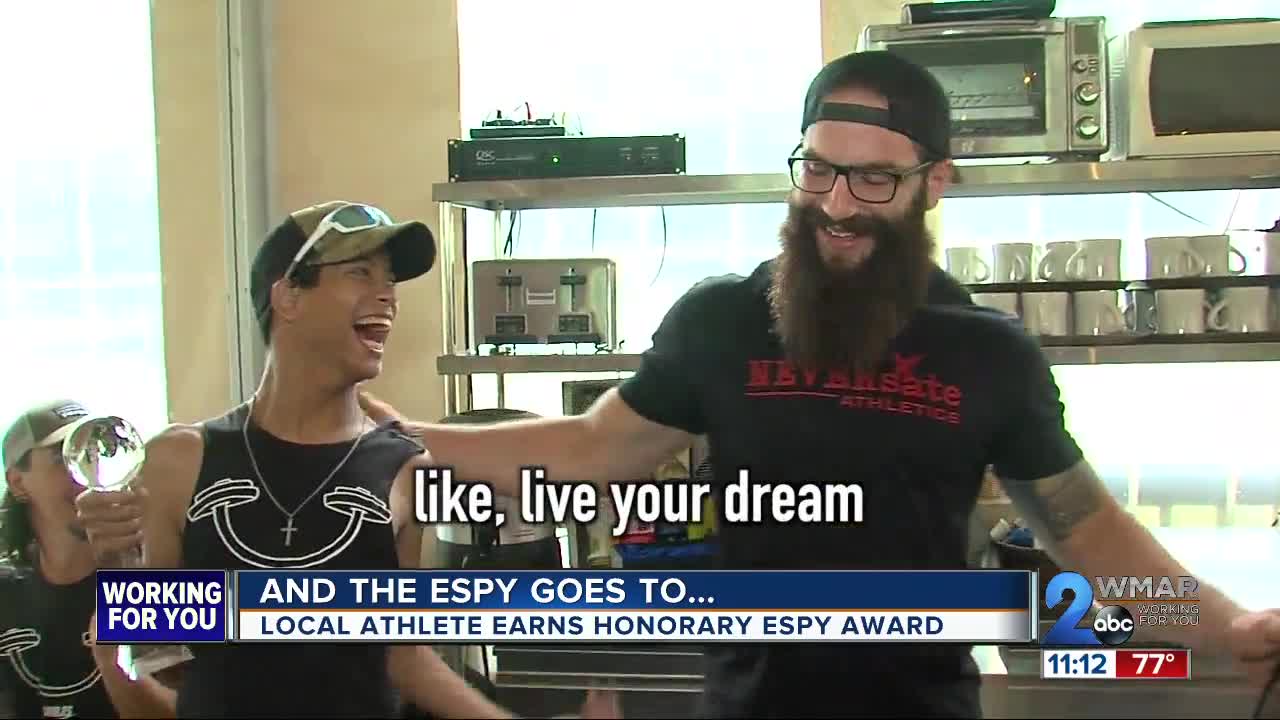 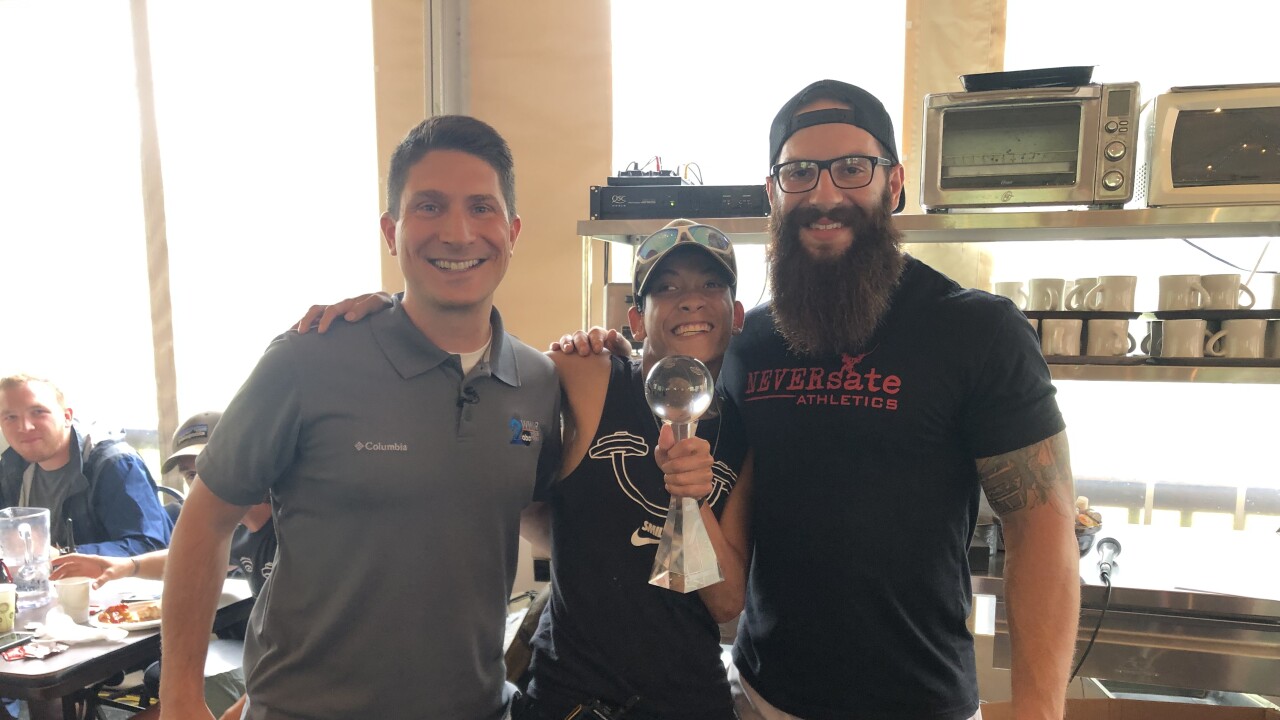 MANCHESTER, Md. — On a normal July afternoon, Miles Taylor is at River Valley Ranch camp in Manchester, Md. working as a photographer.

On this July afternoon, the camera was on him.

The focus was on Miles as we surprised the 25-year-old from Finksburg with ESPN's highest form of athletic recognition.

ESPY stands for 'Excellence in Sports Performance Yearly'. His strength coach and friend Nicolai Myers helped present Miles with his award on Monday.

We first introduced you to Miles back in November.

His story of becoming a world-class strongman weightlifter while living with cerebral palsy continues to inspire hundreds of thousands of people all across the globe.

How did Miles feel after finding out he was an honorary ESPY Award winner?

“I can't believe it. I honestly never expected it,” he said. “The opportunity to share my story, to share my message about disability and how we can overcome obstacles no matter what disability we have. I think it's just amazing.”

“I always strive to prepare him to win in anything he does, as a coach,” said Myers. “So to see pay off and see him light up, it's always an awesome thing to see.”

“I just want to encourage people to just go out there and live your dream and don't let anything hold you back,” added Taylor.

Since our profile of Miles first aired he has enjoyed his fair share of notoriety.

He helped the Ravens announce a selection at the NFL Draft.

He was a VIP at the Arnold Schwarzenegger Classic bodybuilding competition.

He is riding a wave and loving every minute of it.

Did he ever dream he'd have an ESPY Award?