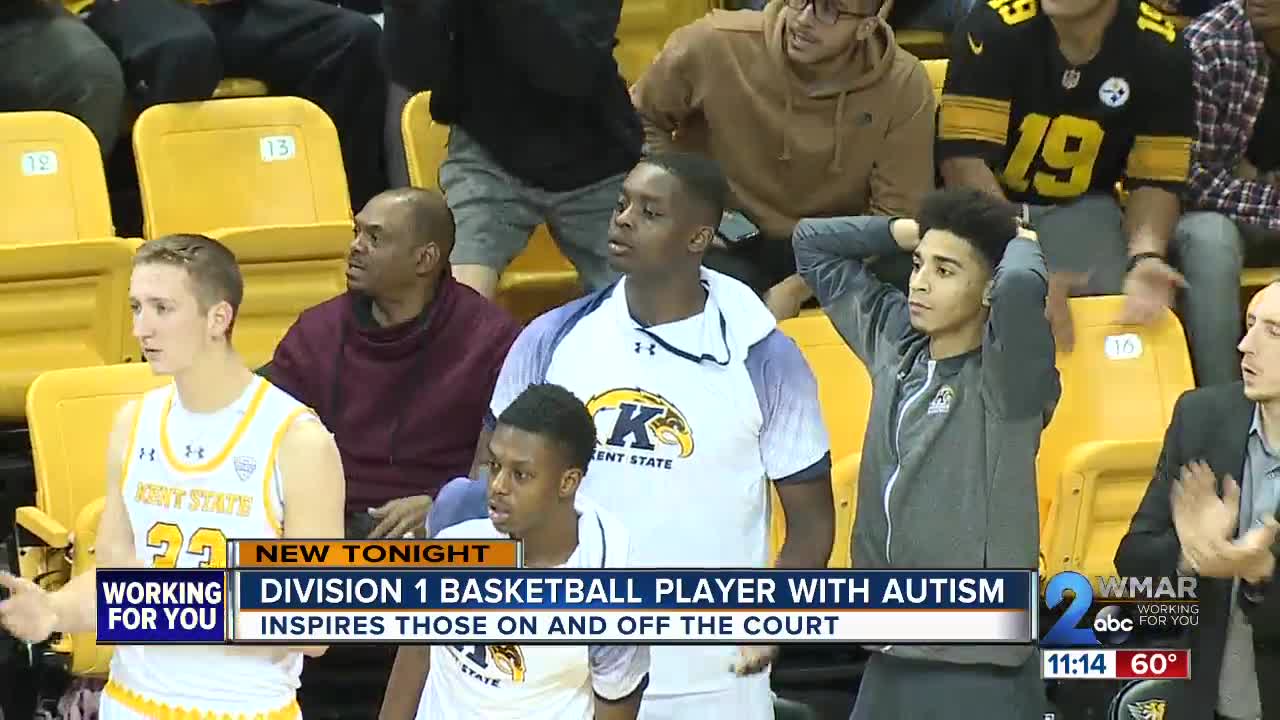 Kent State's Kalin Bennett has autism and is the only player on the spectrum to earn a Division 1 basketball scholarship.

Just last week, Bennett made history in his first game, scoring in a Division 1 game against Hiram College.

RELATED: A college basketball player with autism made history in his first game

Towson's head coach, Pat Skerry has a 10-year-old son with autism and created "Coaches Powering Forward" along with Coach Tom Herrion from USF to spread awareness about autism in 2014.

“To see what he’s been able to accomplish...it’s pretty...it’s amazing.” He added. “We’re trying to win tonight and we need to win tonight but I’m gonna root for Kalin and Kent State the rest of the way for sure.”