Coppin's Harper: 'Couldn’t be a better opportunity for me' 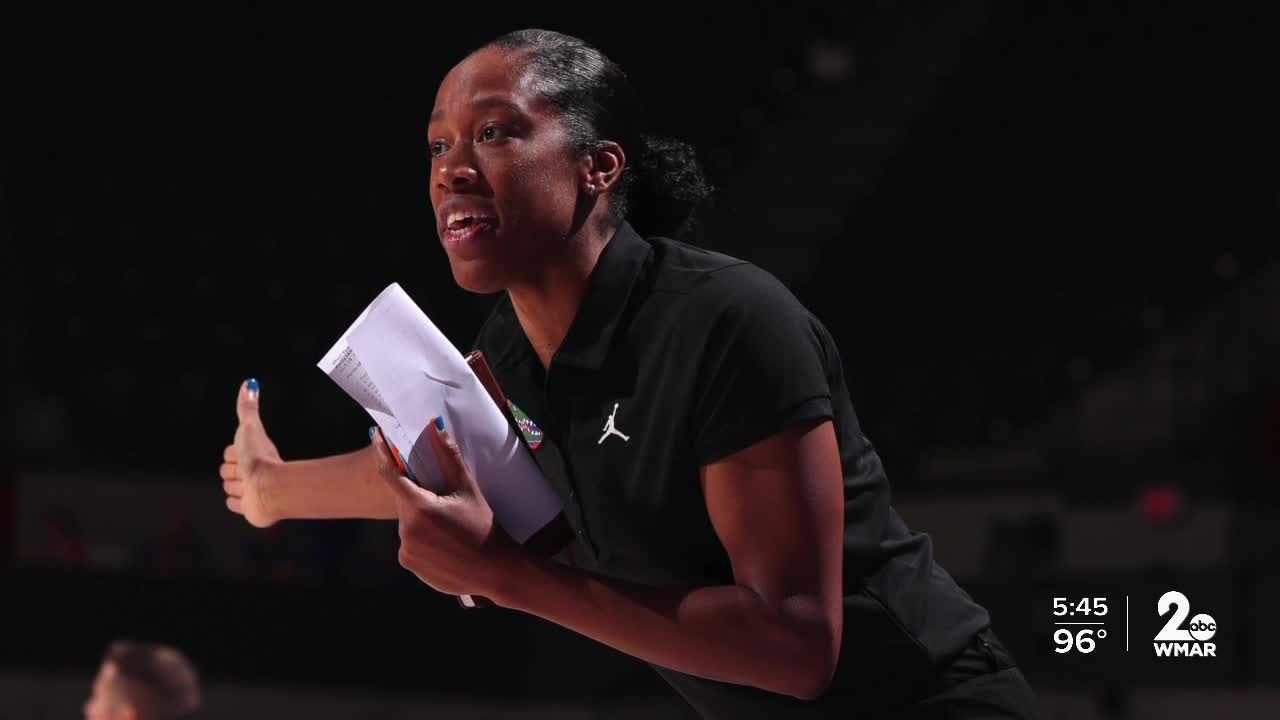 Laura Harper is back in the state where her basketball career blossomed.

BALTIMORE, Md. — Laura Harper is back in the state where her basketball career blossomed.

"It’s really starting to dawn on me how big of a deal this is," she said. "Being comfortable at home with so much support, I feel like this couldn’t be a better opportunity for me."

Harper was hired as the new head coach of the Coppin State women’s basketball team on Monday. WMAR Sports Reporter Shawn Stepner was the first to report the news.

One of the most important reasons she took the job is the opportunity to work at a historically black university during this pivotal moment in our nation’s history. She hopes to use her journey to inspire her players.

"Right now there are a lot of racial sensitivities and insensitivities going on. I feel like I can now really lead our next generation a positive direction," she said.

Harper is one of the greatest players in the history of University of Maryland. She was named the 2006 NCAA Final Four Most Outstanding Player after leading the Terrapins to a national championship. Following her college career she was selected in the first round of the 2008 WNBA Draft. She's been an assistant coach at four Division I colleges (Loyola, Md., High Point, George Washington and Florida). Last season she was the head coach of the prestigious Florida high school program Montverde Academy.

She replaces DeWayne Burroughs at Coppin, taking over an Eagles team that went 3-26 last season.

What type of basketball does she like her teams to play?

"I love to rebound and run. I think that’s something I got from (Terps Head Coach) Brenda Frese at Maryland," said Harper. "It’s important to have a hybrid offense. I think you have to be able to run when you can and slow down when you have to."

Harper expects to have her assistant coaches finalized within the next couple of days. As far as taking over during the pandemic, she said her top concern is the mental and emotional toll it is taking on her players.

With Harper leading the Coppin women and Juan Dixon entering his fourth season as the Eagles’ men’s head coach, Coppin now has Terps legends heading up both basketball programs.

"I’ve definitely thought about it, a lot actually," she said. "We are both experienced winners. We know what it takes to win."

Bringing that winning culture to Coppin is a good start.