Comeback on court and on scoreboard for Towson 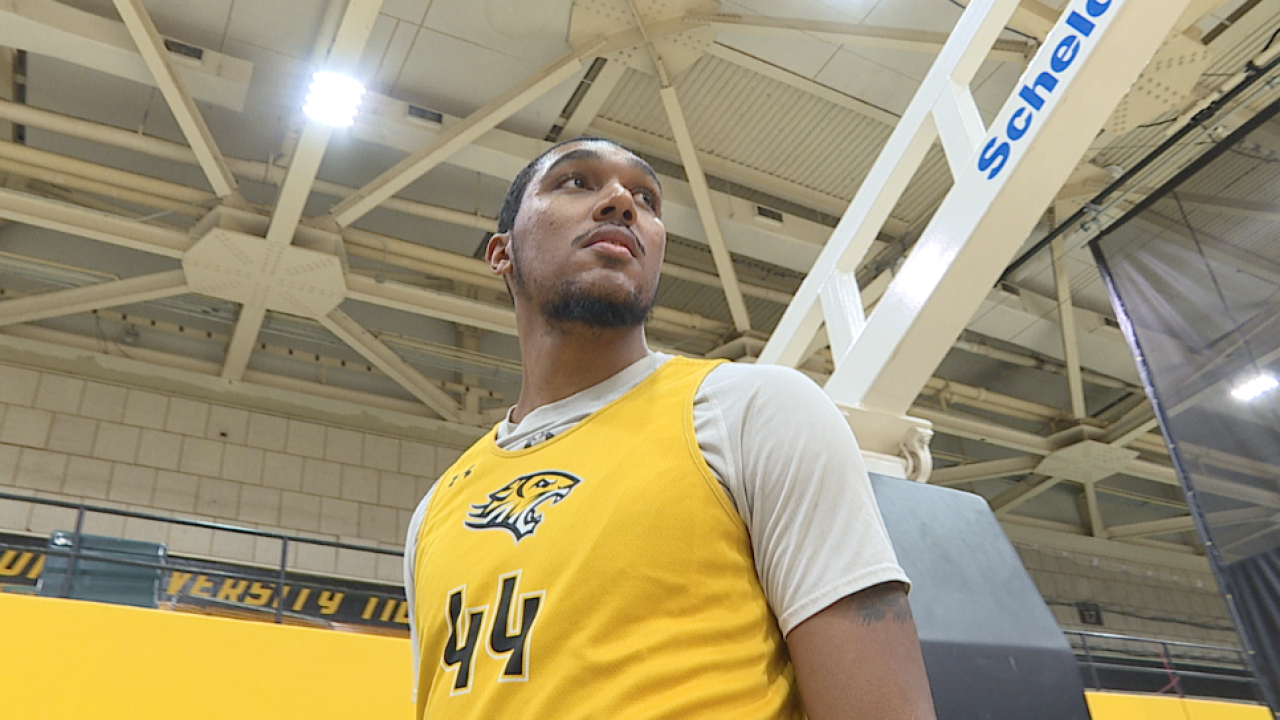 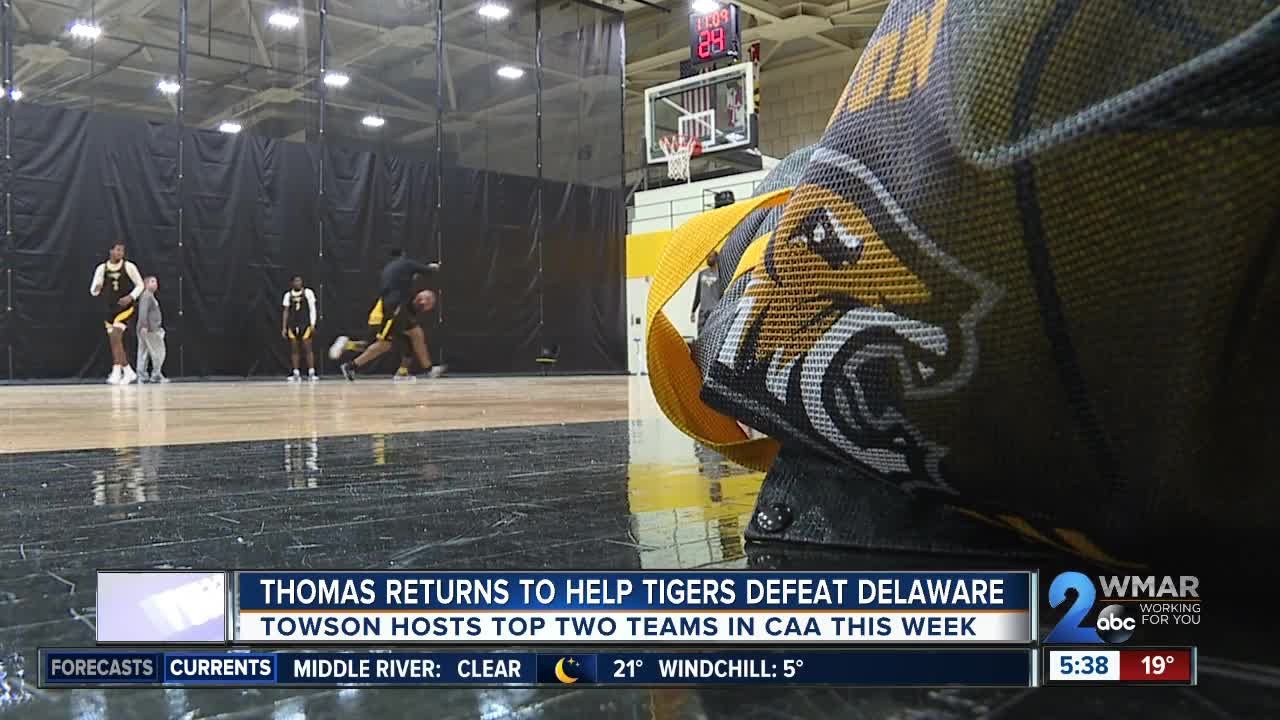 TOWSON, Md. — For Alex Thomas the past couple weeks have been grueling.

“It's not been easy. It's been a lot of steps. A lot of rehab. A lot of extra treatment,” he said.

But Saturday made it all worth it.

“At the end of the day I'm a senior and my time is winding down, especially playing this sport,” said the Towson forward. “I love this sport. I'm not going to go out with a fizzle.”

After missing two games with a torn labrum in his right hip, the Towson forward got back in the lineup Saturday and hit the game-winning jumper with 22 seconds left, lifting his Tigers (6-14, 2-5) past Delaware 64-63.

“It was an amazing feeling, one that I'm glad I got to experience,” he said. “It was just great. There's really nothing to describe it.”

The win over the Blue Hens saw Towson overcome an 18 point first half deficit.

“Every game we played this year has been a close game, pretty much,” said Towson guard Jordan McNeil. “We just needed that one win to get over it so we can taste winning again. So, we should be on a roll now.”

Now the Tigers prepare for a pretty daunting next couple of games.

They host preseason Colonial Athletic Associatoin favorite Northeastern on Thursday and Hofstra on Saturday. The Pride has won 14 straight games.

“Start with Northeastern, who was picked to win the league, and Hofstra has the nation's longest winning streak,” said Skerry. “That's pretty good at this time of year.”

Skerry and the Tigers will be happy to start one of their own.