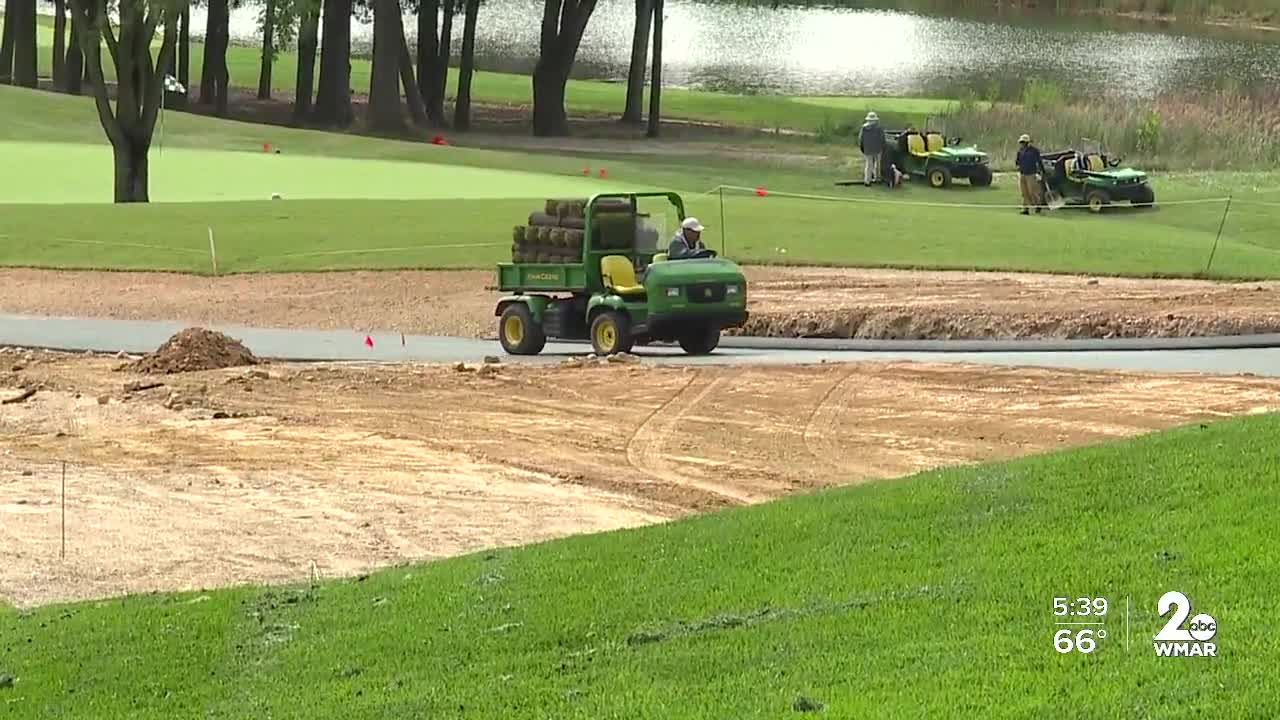 The PGA Tour is coming back to the Baltimore area. Caves Valley is set to host next year’s BMW Championship, the first Tour event in our area since the Eastern Open Invitational at Mount Pleasant Municipal Golf Club in 1962.

"I kind of liken this to almost having the Preakness for four straight days," said Fader. "We’ll get a chance to show Baltimore, frankly, in its most favorable light."

The Western Golf Association selected Caves Valley to host in February. The course is currently undergoing work to a few holes to make sure it is up to Tour standards. Every fairway must be flawless. Every green pristine. Plenty will be at stake. The BMW is the second of three FedEx Cup Playoff events. 70 golfers take part. 30 advance.

"I don’t think you get many opportunities to see the top 70 players in the world up close and personal," said BMW Championship General Chairman George 'Buddy' Marucci. "No one skips a BMW Championship. So, the top 70 will be here."

Not only will Caves Valley host the best golfers in the world and be an absolute treat for any local sports fan, the event is massive when it comes to impact it will have on the local economy.

"Tens of millions of dollars in a direct spend," said Fader. "This will be an economic driver for tournament week here."

Even more so if the pandemic has passed. The expectation and hope is by tournament time, fans will be able to travel and attend.

"What will the world be like next August? I don’t know. I feel very confident, however, that we will be back here, that fans will be back," added Fader. "We want to see it happen."

"If it does happen we’re expecting 130,000 people to be here during the championship, which will give Baltimoreans and opportunity to have a great experience," said Marucci.