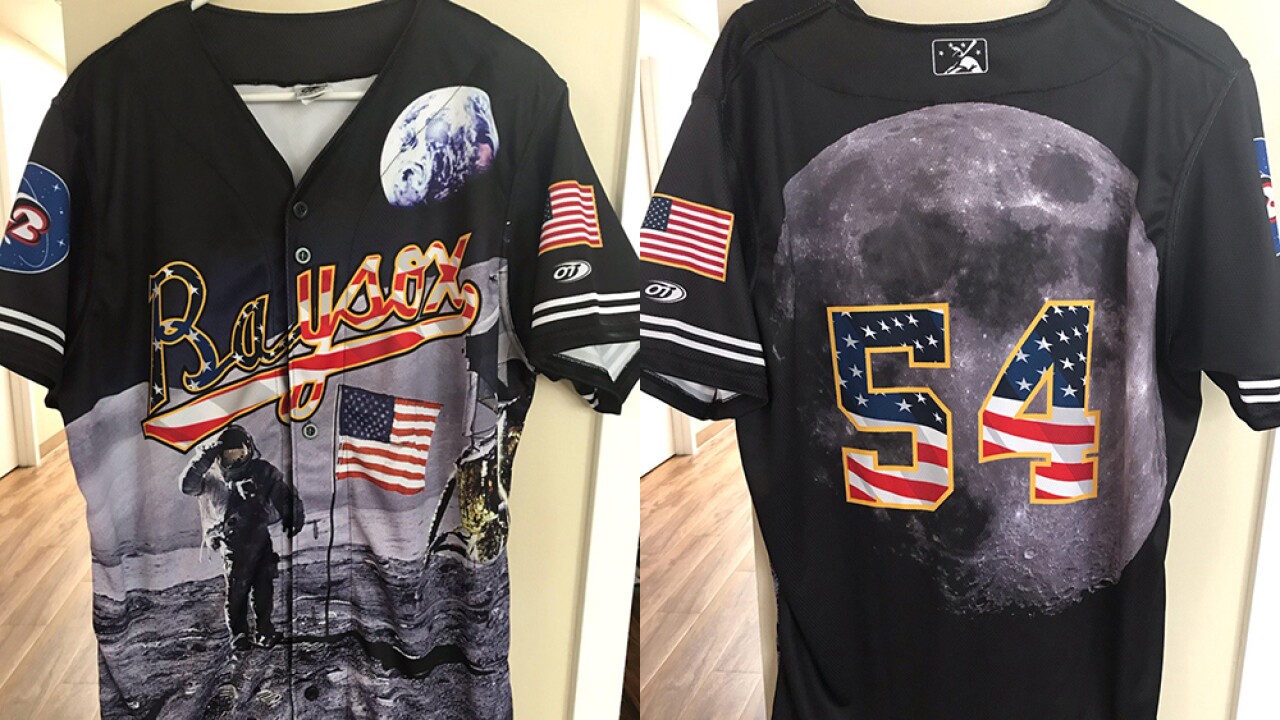 courtesy of Bowie Baysox
The Bowie Baysox will honor the Apollo moon landing with special jerseys and a Bobble-Head giveaway at their game against Altoona Saturday night.

BOWIE, Md. — The Bowie Baysox have rocketed to the top of the Eastern League’s Western Division standings, and Saturday they will celebrate another historic blastoff.

The team will honor the 50th anniversary of the Apollo 11 mission successfully landing on the moon as Bowie takes on the Altoona Curve. The Baysox will don special commemorative jerseys for the game, featuring a picture of the moon on the back and of an astronaut standing on the lunar surface next to an American flag and the lunar landing module on the front.

To further expand on the theme, fans will also get Trey “Moon” Mancini Bobble Head figures as well. The fans who stick around for the whole game will also enjoy a fireworks show.

The team is riding a hot streak on the backs of some impressive young talent hoping to make its way to the majors, including some stars with local ties.