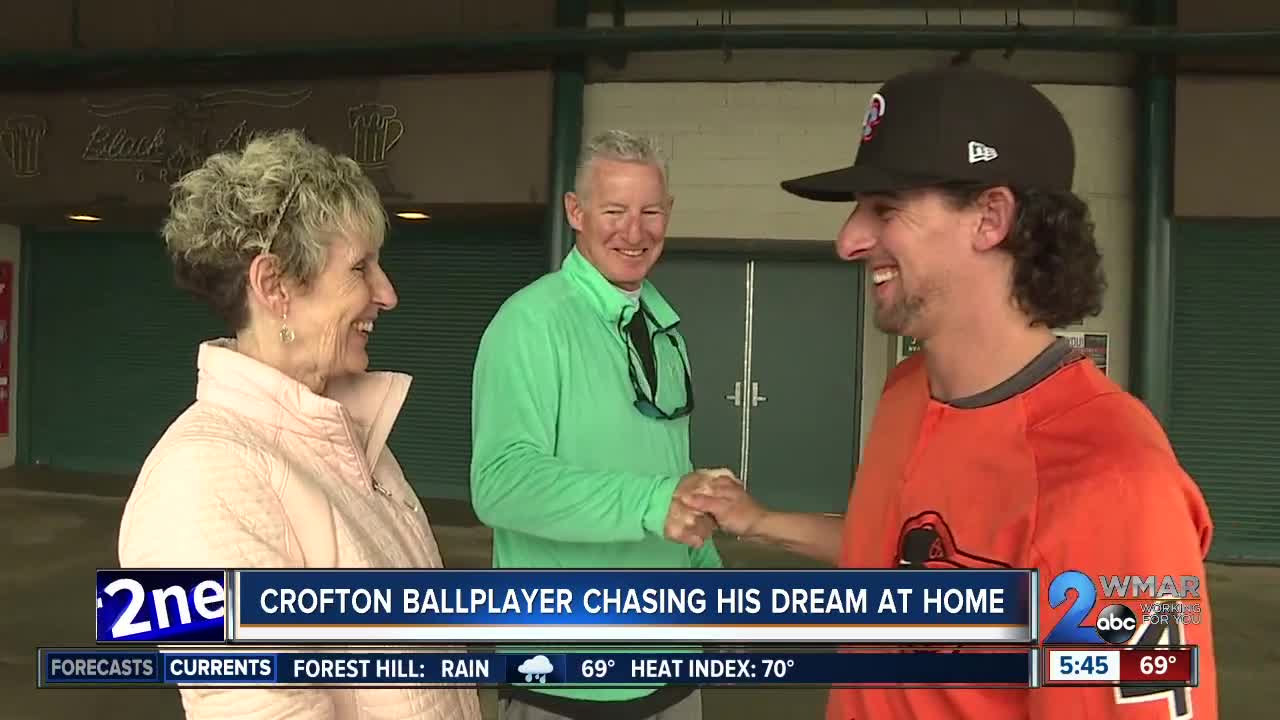 Crofton native Sean Miller has always wanted to play for the Baltimore Orioles. He’s on his way, now playing ten minutes from where he grew up. 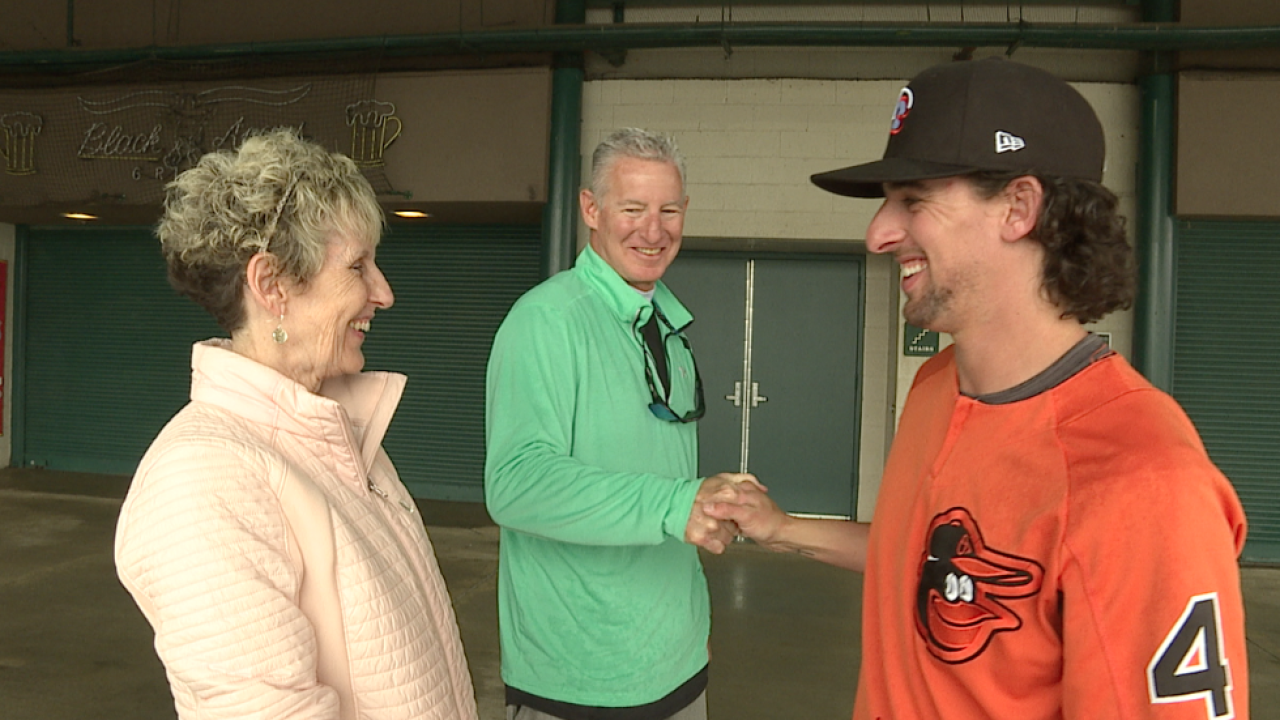 BOWIE, Md. — Sean Miller’s dream has always been to play for the Orioles. He’s not there yet. But he’s getting closer.

Awesome because after four years in professional baseball’s minor leagues Miller is home. The 24-year-old grew up in Crofton. He grew up an Orioles fan.

Now Miller is the starting shortstop for the Bowie Baysox, the Orioles’ Double-A affiliate.

On the field where he once earned his stripes playing high school ball for Spalding, he now earns a paycheck.

“Coming to these Baysox games, I used to come a lot,” he said.

He used to sit in the stands, with his Dad Steve and his Mom Linda, watching his heroes. Now he’s the hero while his parents and grandparents are able to watch their boy.

“I think I still pinch myself that he’s really here,” said Linda Miller.

“It took me about ten minutes to get home last night after the game,” said Sean. “It was crazy.”

When he says home he means it.

Sean is living in his childhood house with his parents... well... roommates.

“It's been a while since I lived at home but I'm getting used it again,” added Sean.

This is the first time Sean’s lived in Crofton full-time since before he went to college at South Carolina-Aiken. After that he was drafted by the Minnesota Twins in 2015. He’s the first Crofton native to advance past the Single-A minor league level.

He worked his way to Triple-A Rochester last season. But then his career hit a crossroads.

He was suspended for 50 games for using what Minor League Baseball said was a ‘drug of abuse’. The Twins released him. He found himself wondering about his baseball future.

“Definitely there were times but, at the same token, you try to just not think about something like that,” he said. “Once it’s done it’s done. I can’t go back and change how things went down and how things happened. So, I try to just see past it and move on. It’s awesome to get an opportunity to play. The Orioles gave me an opportunity. So, I’m just not going to look back.”

He’s learned from his mistakes.

Miller thinks if he's going to make the big leagues one day it's going to be as a utility man.

“Short, second, third, center field, whatever. Whatever they want me to do,” he said.

If Sean can do it you can, too. That’s his advice to ballplayers all around Maryland.

“Keep grinding. Don't give up no matter what happens. Obviously I've been through a lot of different things. Just stay with it.”

Sean's father played professionally in the minor leagues as part of the Giants and Padres organizations. He never made the majors.

As for Sean this season, he has played in ten games for the Baysox. He has three hits in 32 at-bats.