Blast starts 2020 with revenge on its mind 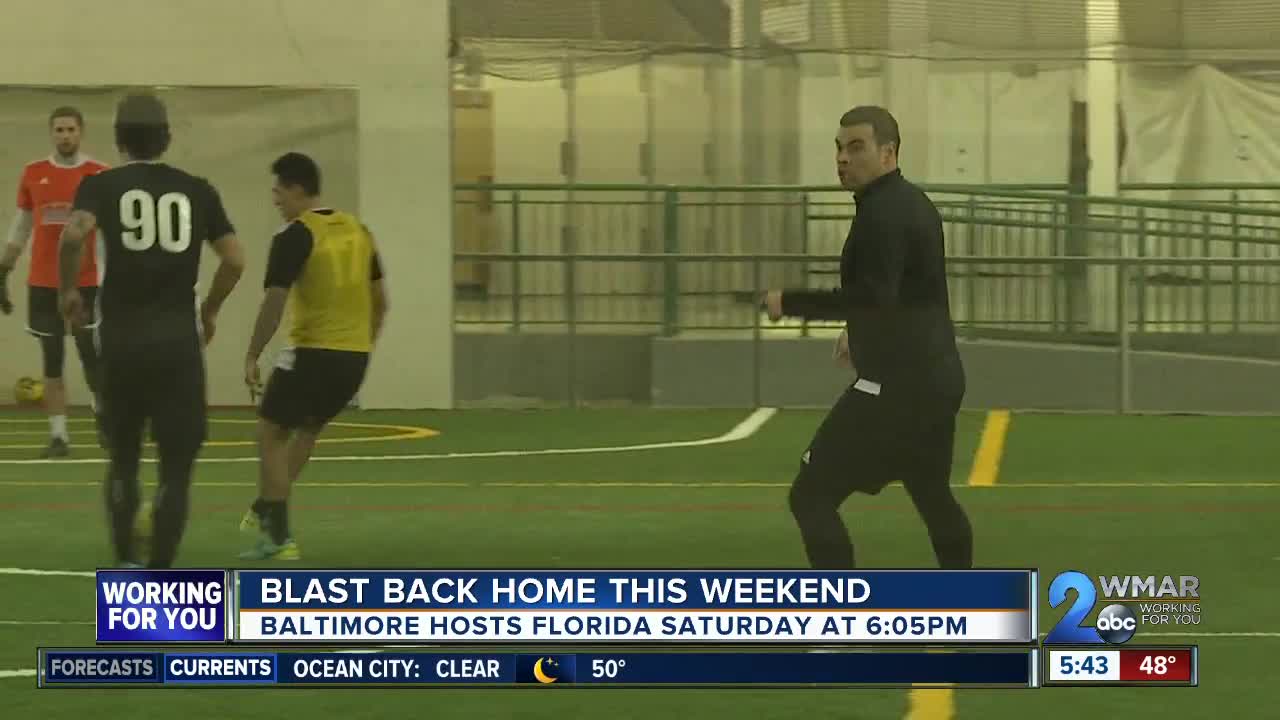 As the calendar flips to 2020 the Blast is resolute in getting right.

BALTIMORE, Md. — As the calendar flips to 2020 the Blast is resolute in getting right.

“We’ve been a little inconsistent and, obviously, that’s not good enough,” said Head Coach Danny Kelly. “You are what your record says you are. We’re 4-4 and we need to be better.”

Dantas is having another fantastic season. The perennial Most Valuable Player candidate leads Baltimore with 12 goals. His 16 points are one off the league lead.

“4-4 doesn’t put us where we want to be, a playoff contention team,” he said.

Dantas has a chance to take the top spot in the Major Arena Soccer League scoring race on Saturday as his Blast hosts the Florida Tropics. They are the same team that handed Baltimore a 7-2 loss a couple weeks ago in Lakeland, Fla. That was the Blast’s worst loss of the season.

“It’s a huge game. Obviously, they embarrassed us that first game. There’s no two ways about it. It was our worst performance probably since I’ve been with the Blast. We really didn’t do anything right,” said captain Tony Donatelli.

“Watching that game on tape and guys seeing themselves on tape get outworked, get outhustled was just unacceptable,” said Kelly. “For that to happen at the professional level, I guess it needed to happen to us to be able to look at ourselves in the mirror and say, ‘Alright, that was us. We got to own it and we go from here.’”

The rematch comes this weekend.

When the Blast takes the field on Saturday they’ll do so with a new player on the roster making his Baltimore debut.

Defender Richard Schmermund was recently acquired from Orlando. He practiced with his new team for the first time on Thursday. He’s the only left-footed player on the active roster.

“To me, I always think of the Blast as like the Yankees,” he said. “They’ve been around for a long time. They are always competing for the championship, it seems like. So, happy to be here.”

Schmermund and the Blast kick off against the Tropics Saturday at 6:05 p.m. inside Towson’s SECU Arena.