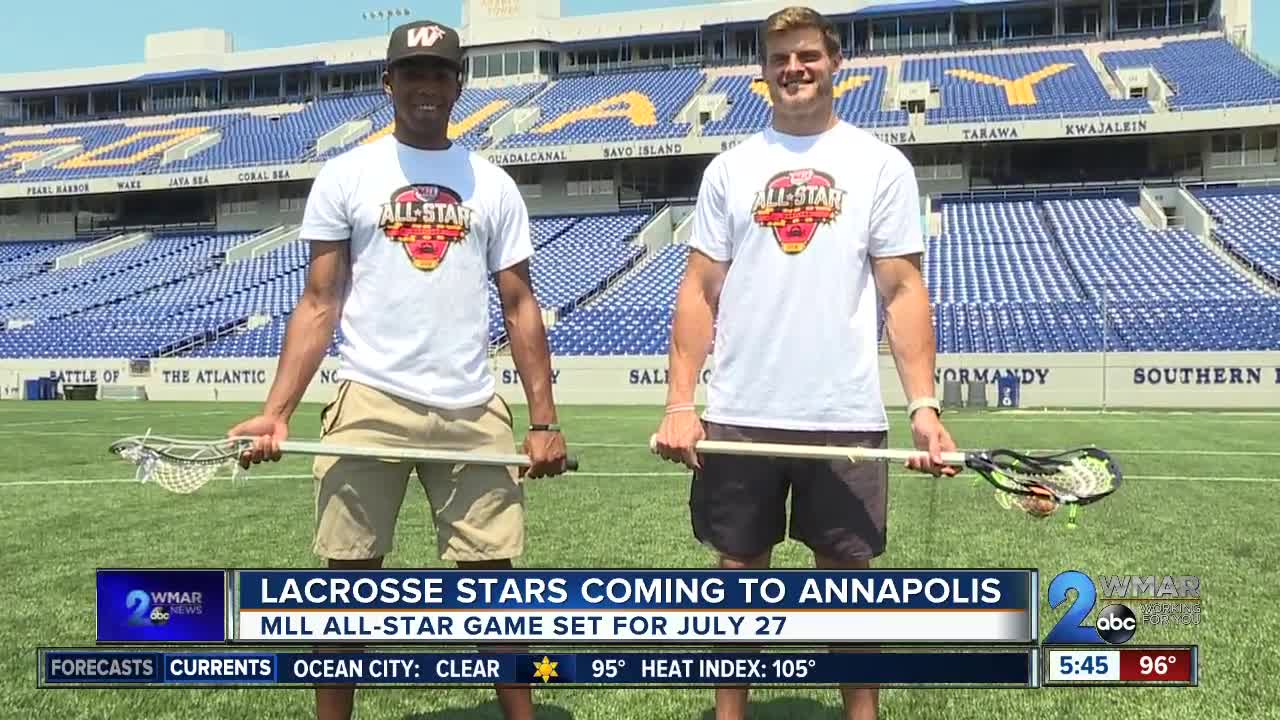 Growing up playing lacrosse around Baltimore, Colin Heacock was always a star. Now he's an all-star.

“I'm really excited just to get out there with a bunch of some of the best players to play the sport,” he said.

He's talking the Major League Lacrosse All-Star Game. His Chesapeake Bayhawks are hosting the annual exhibition at Navy-Marine Corps Memorial Stadium on Saturday July 27. Some of the top pro lacrosse players in the world will all gather in Annapolis.

Heacock grew up in Catonsville, went to Boys' Latin, then played at the University of Maryland. The Bayhawks attackman will be taking part in his first pro all-star game.

“It's going to be an awesome experience, and so I'm really happy for it to be here,” he said.

Local lacrosse fans should be too.

Out of the 42 players on the all-star roster, 10 are from the hometown Bayhawks and nine played at Baltimore-area colleges - five Terps, three from Towson and one from Loyola. Four are Maryland natives.

“Lacrosse is a big sport here in the state of Maryland. It's always fun for me and the rest of the Terps to come back home, play in our home state,” said Bayhawks shortstick defensive midfielder, all-star and former Maryland Terrapin Isaiah Davis-Allen.

They're hoping to inspire that next generation of lacrosse greats, the young kids who will be watching.

“Back a couple years ago, I was in their same shoes, playing where they are,” said Heacock. “All you got to do is put in the time and the effort and the sky is the limit.”

This isn’t the first time the Bayhawks have hosted the MLL All-Star Game, but it’s the first time in a while. The last occurrence 17 years ago in Bowie. That was the only other time.

So what are we going to see in the upcoming game?

“This is the fastest game on two feet. These are some of the best athletes out here,” said Davis-Allen. “Expect a lot of highlight-reel goals, fast-paced, hard-hitting game.”

The Bayhawks are 4-2 on the season. Their final game before the all-star break is on Saturday, at 7:00 p.m., against New York at Navy-Marine Corps Memorial Stadium.

To purchase tickets to the MLL All-Star Game click here.