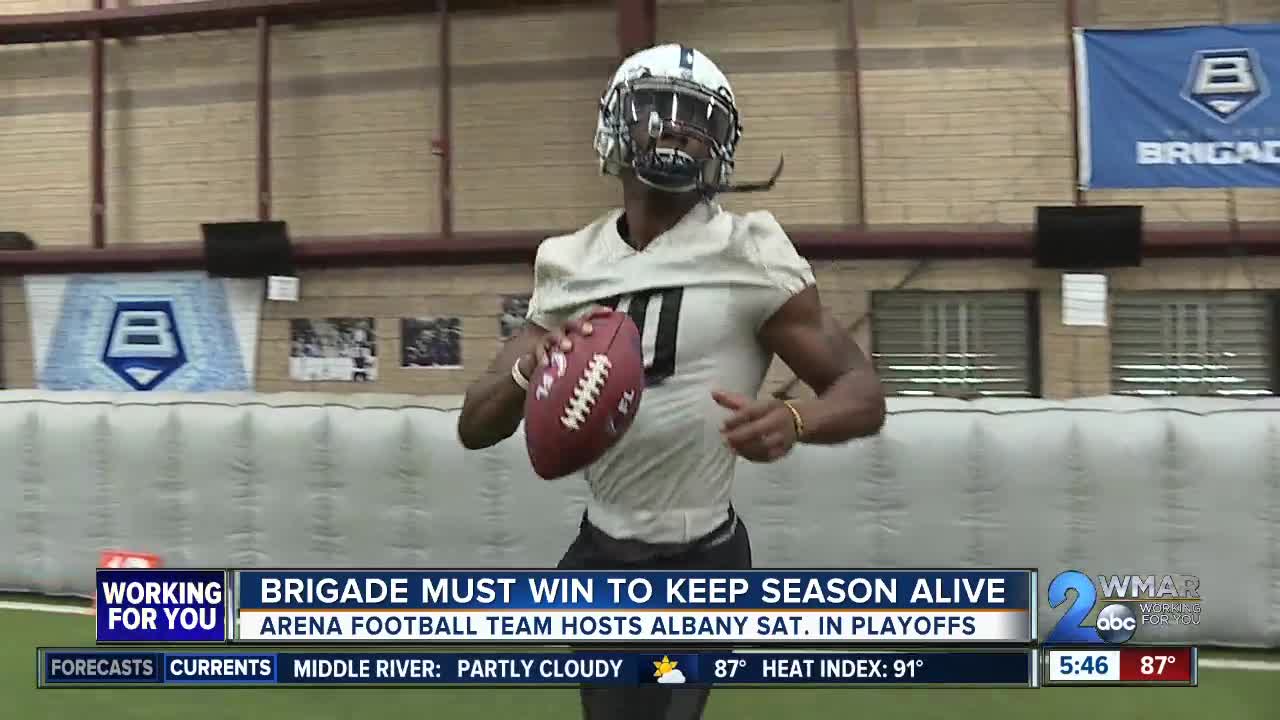 Balttimore Brigade hosts Albany on Saturday in the playoffs in hopes of keeping their season alive.

BALTIMORE — This weekend, the Baltimore Brigade has its final chance to keep its season alive.

The Arena Football League team hosts the Albany Empire on Saturday in Game 2 of the AFL playoffs.

The opening round is a home-and-home series. The team with the highest aggregate score advances to Arena Bowl 32.

Baltimore lost Game 1 in Albany 61-26, which means they need to win on Saturday by more than 35 to win the series.

Brigade players stopped by WMAR on Wednesday and said they're feeling confident heading into Saturday's contest.

"Last week we just had a bad game and pushed us back, but this is the challenge. This is the reality we're in, and we're going to take advantage of it," said Brigade defensive back and Baltimore native Nias Martin.

Saturday's game against the Empire kicks off inside Royal Farms Arena at 7:00 p.m.