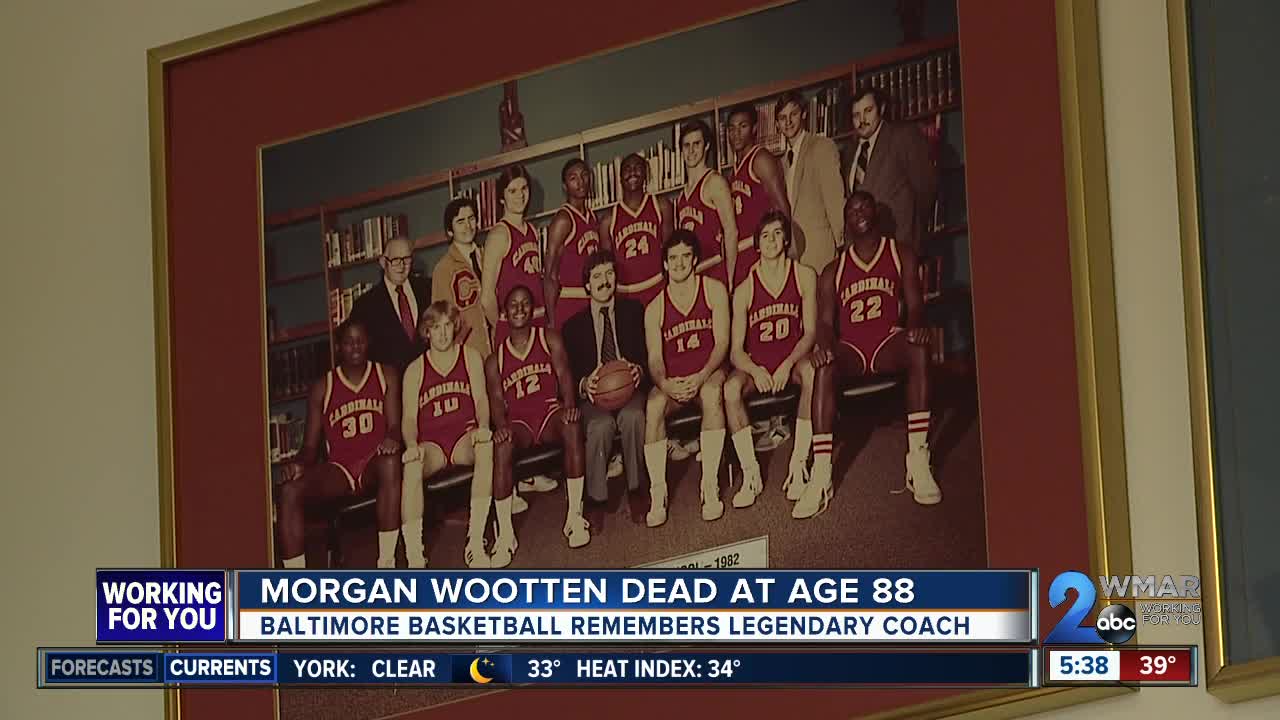 Wootten coached DeMatha Catholic from 1956 to 2002, winning five national championships and over 1,274 games. He sent countless players to college and over a dozen to the NBA. He was inducted into the Naismith Basketball Hall of Fame in 2000.

“Everything that he spoke to us, taught us, while it may have been sports related it was also life related,” said Carter. “While his impact on high school and college was huge, he had a tremendous impact on young kids.”

Many of those kids participated in his famous summer basketball camps. That’s how John Carroll High School Head Coach and Athletic Director Seth Goldberg met Wootten. He said Wootten taught him that coaching is about more than just basketball.

“He’s the first guy to open my eyes to what that looked like,” said Goldberg. “Life, it’s way more about how you treat people than it is about what you’re running.”

Wootten spent his fair share of time in Baltimore. He ran clinics and mentored coaches and players.

His Stags also had their battles against the best of Baltimore. Former longtime Calvert Hall High School Head Coach Mark Amatucci defeated Wootten and DeMatha in the final game of the 1981-82 season to win the national championship.

“The greatest thing about Morgan Wootten was his availability to always make time for coaches, especially young coaches,” said Amatucci. "You wanted to be around him. You wanted to go to his clinics. You wanted to hear him speak.”

What he was able to teach his players and fellow coaches will last for generations.

“It’s not a loss. I think it’s a remembrance of who we are supposed to be because Coach was in our life,” said Goldberg. “Every day I coach I’m going to coach in a way that I know he would want us to coach.”