Amplo takes over at Naval Academy 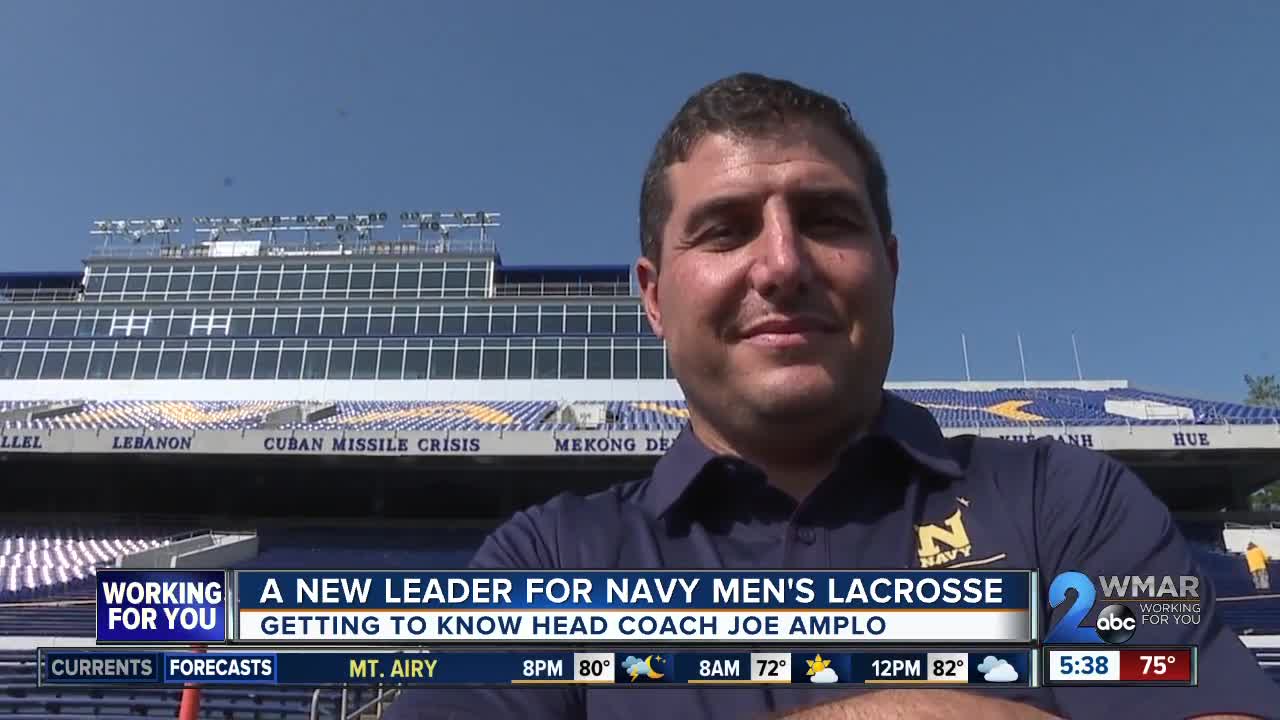 Amplo is the new head coach of Navy men’s lacrosse 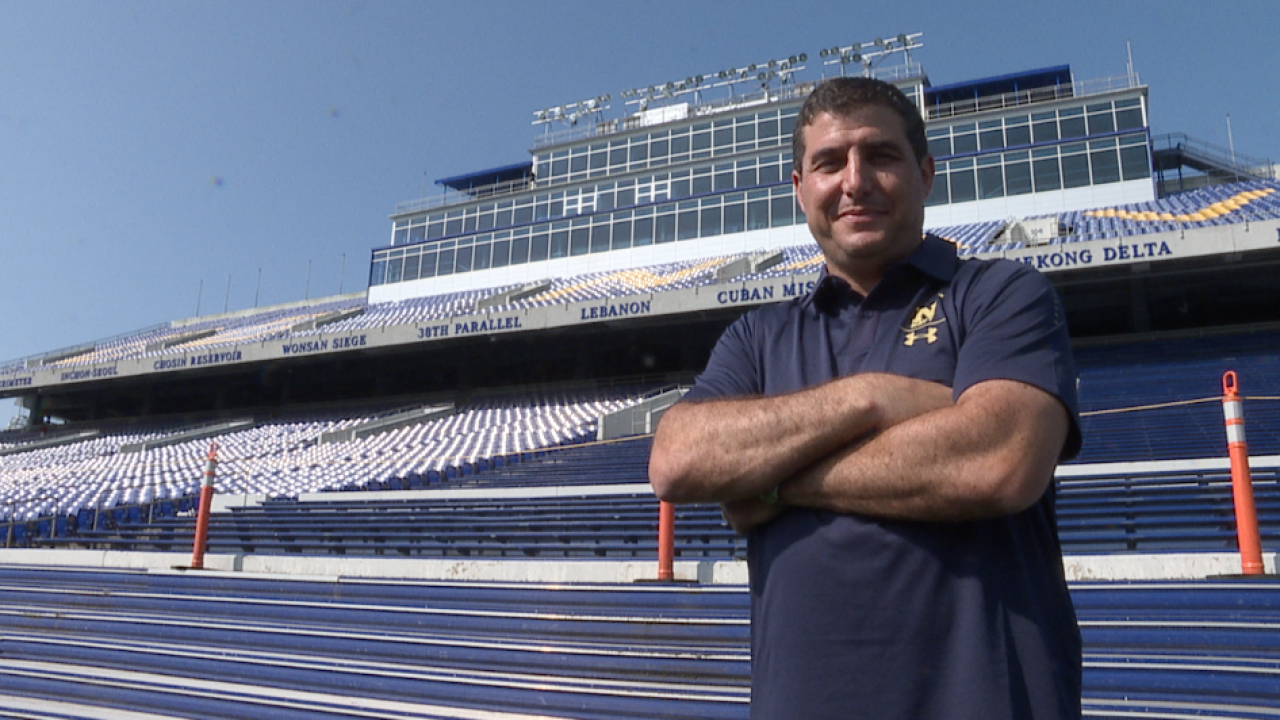 ANNAPOLIS, Md. — Joe Amplo has been watching the men's lacrosse program at Navy for years.

“Always had my eye on this opportunity,” he said. “If it ever would open it would be almost a dream come true for me, professionally and personally.”

The 42-year-old was hired in June as the new head coach of the Midshipmen. He replaces Rick Sowell, who was fired in May after eight seasons and a 6-7 2019 campaign.

Amplo comes to Annapolis after coaching Marquette for the past seven years.

He started the program in 2013, quickly rising to the top of the Big East. The Golden Eagles won back-to-back conference tournament titles in '16 and '17.

“I learned on the job at Marquette and was forced to manage everything that came with running and building a program.”

Amplo is a disciple of current Duke coach John Danowski. He worked on his staff at Hofstra. He's also an assistant for Team USA's World Championship squad.

What does he want his Navy team to look like on the field?

“We all want to play fast and exciting to watch, but ultimately I think if people come watch us play I want them to sit in the stands and say those guys got the most out of themselves.”

“I'm nervous for that one, but everything you hear about, in all sports with the Army-Navy rivalry, it's just an opportunity that you can't describe it until you're in it,” he said. “I called the Army coach just before I took the job here. He and I were great friends. Now we're not great friends anymore.”

With some success at his dream job, Amplo is sure to make plenty of new friends at the Academy.