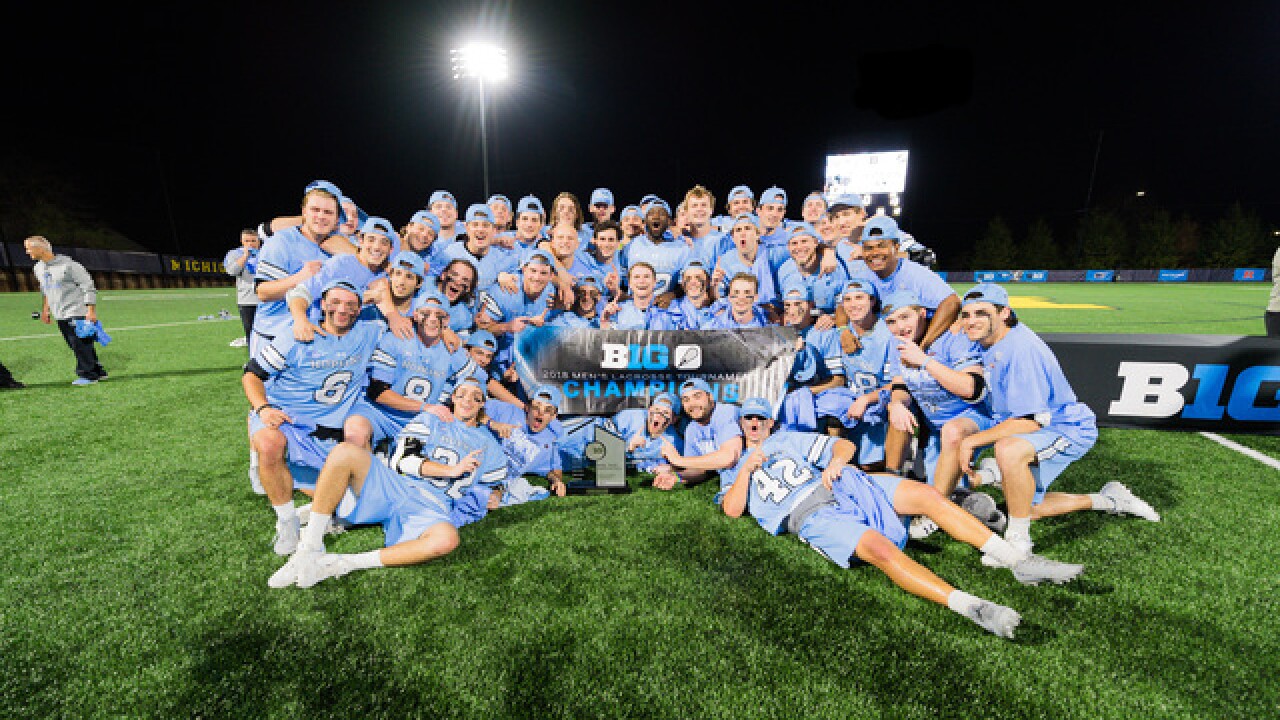 "Our loss to Maryland, while disappointing, certainly wasn't devastating," said Hopkins Head Coach Dave Pietramala. "What happened a week earlier doesn't necessarily mean that's going to be the same thing that happens a week later, one way or the other."

Hopkins won its second Big Ten Championship and first since 2015.

"It's two titans throwing punches at one another," added Pietramala. "We were fortunate we were able to overcome a two-goal deficit in the third quarter and actually go on a five goal run."

And they never looked back.

Sophomore Cole Williams scored a career-high five goals, four of which came in the second half. Pietramala said it's all about confidence with Williams.

"Cole found the back of the net and it was like the weight of the world was lifted off his shoulders. It's like breaking the ice."

Hopkins is now the five seed in the upcoming NCAA Tournament. Their first opponent is Big East champion Georgetown.

"When I look at Georgetown I think of a hot team. We expect a heck of a challenge from them," said Pietramala. "This is the best time of the year. The second season. I know everybody thinks all the pressure - win move on, lose go home - this is what we all do this for."

The game between the Blue Jays and Hoyas is set for Sunday at 5:00 p.m. at Homewood Field.