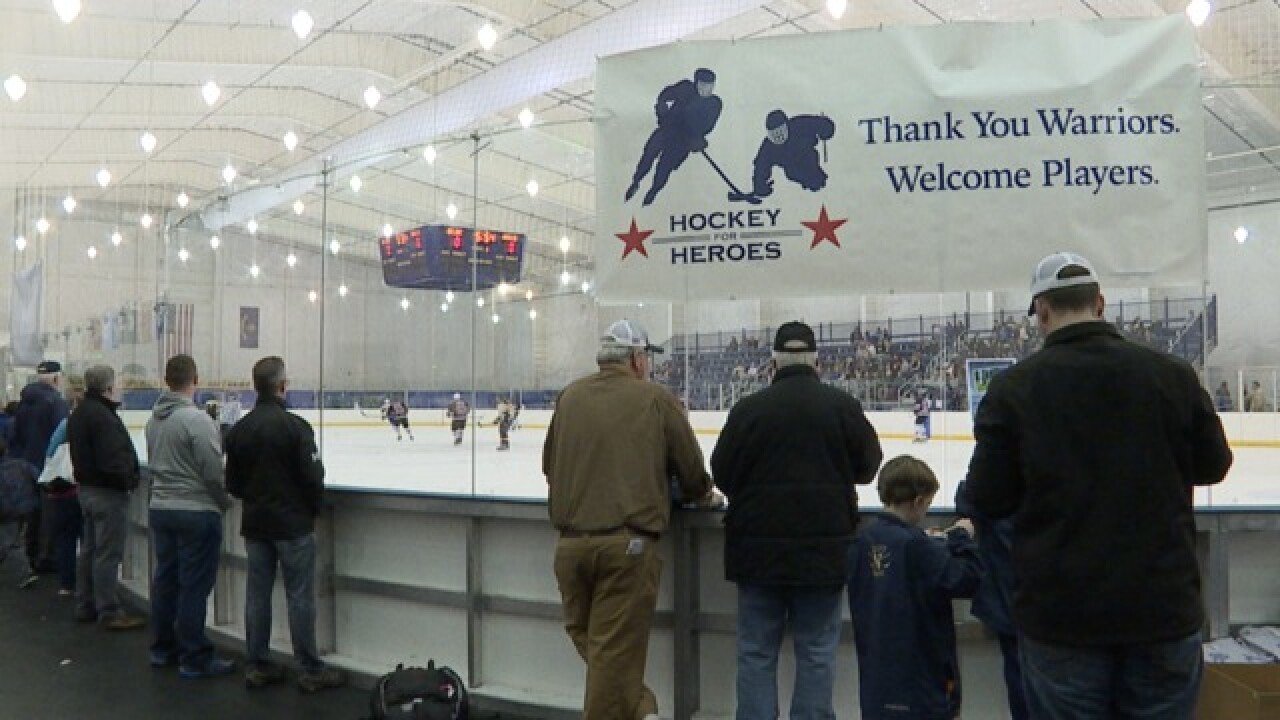 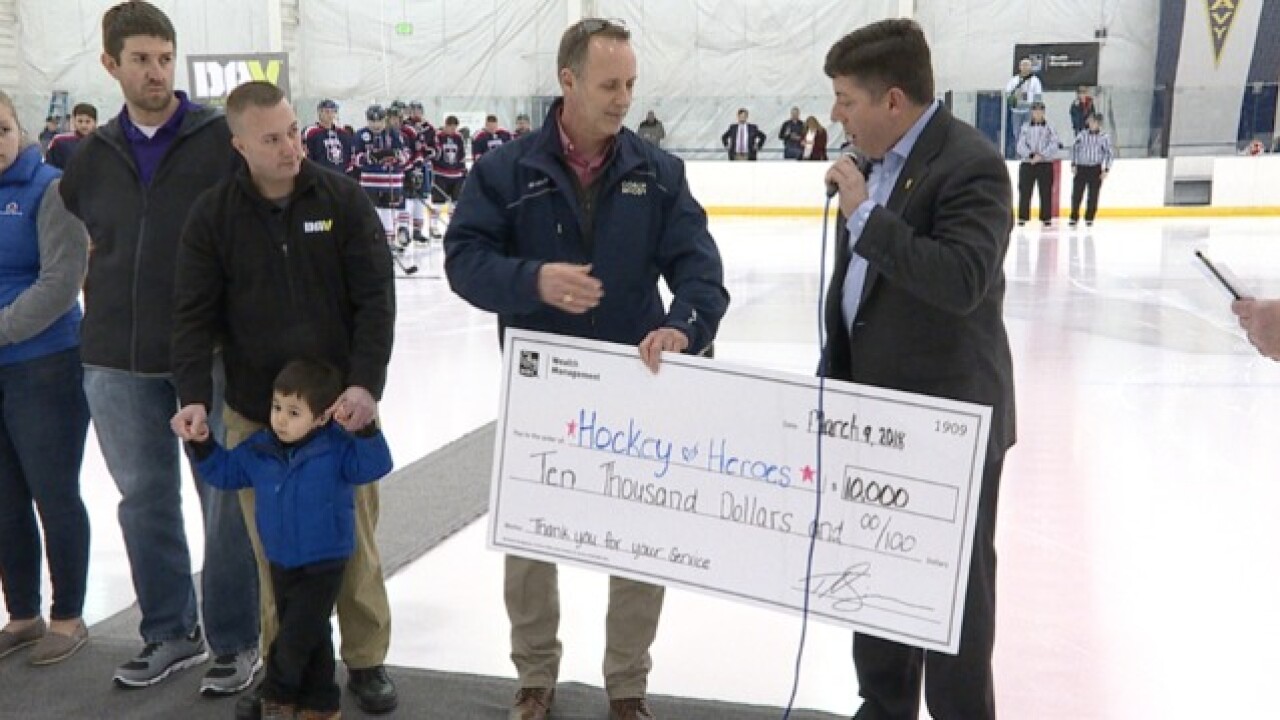 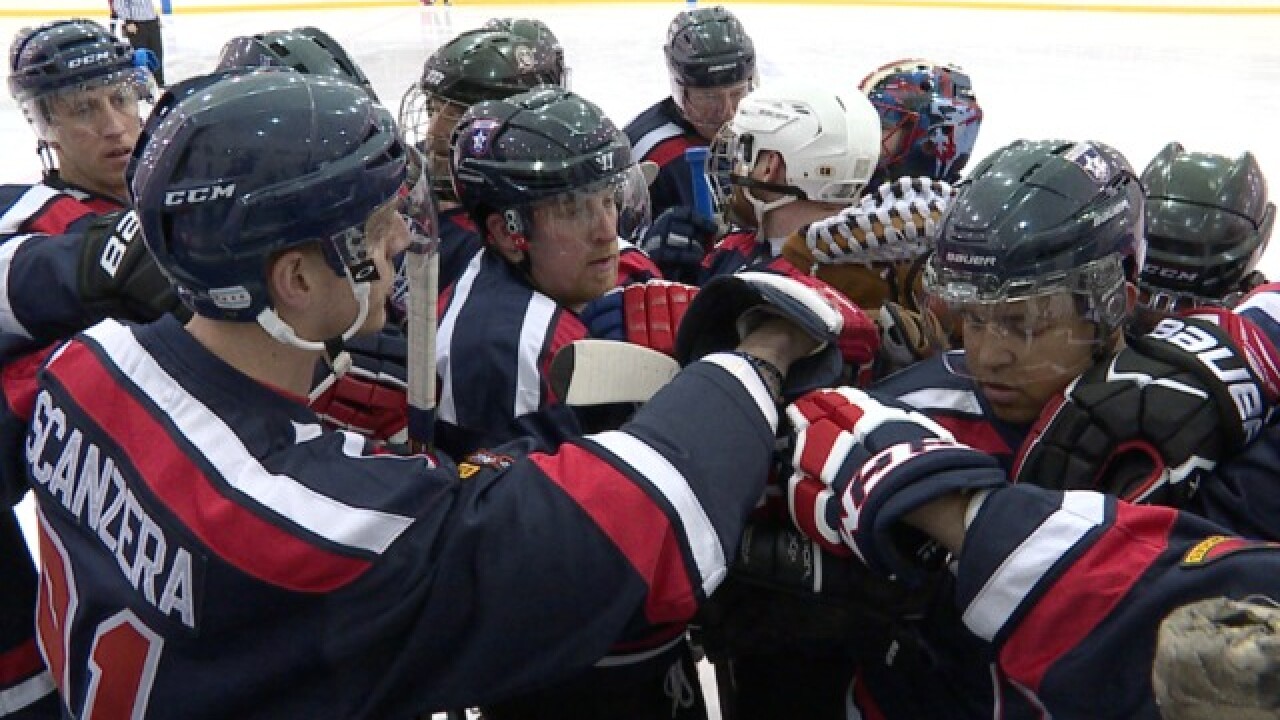 For Tim Hanson in the rink is where he loves to be.

Hanson served nine years in the U.S. Marine Corps. Now he’s a player on the USA Warriors hockey team. It’s a squad made up of those wounded fighting for our country.

“We promote healing through hockey,” said Hanson. “We have guys that have no visible disability. It could be PTSD, guys who have bone or muscular injuries, guys who are double amputees.”

Hanson and the USA Warriors are just one of the teams taking part in Hockey for Heroes at Navy’s McMullen Ice Arena.

“This weekend is 24 hours of non-stop hockey and it’s to raise money for our wounded warriors and disabled veterans,” said Navy Youth Hockey President Lorne McCoy.

The around-the-clock exhibition is put on by Navy Youth Hockey. The opening ceremonies were held on Friday night.  One of the sponsors is RBC Wealth Management, who donated $10,000 to Hockey for Heroes. That money covered the bulk of the ice time for the event.

“It’s really a privilege for us to be interacting with the Navy youth and be able to sponsor the ice. By doing that, when they go out and they do their fundraising, every dollar that they’re actually raising is actually going towards the organizations that we’re raising money for over the next 24 hours,” said RBC Veterans Initiative National Director Marcus Hull.

This is the fifth year for the Hockey for Heroes Tournament. To date they’ve raised almost $400,000 for our country’s veterans. This year their goal is to hit $75,000.

It’s money that will help men like Tim Hanson and his USA Warrior teammates.

“It’s the events like these that make what we do and what we want to do possible,” said Hanson. “This is a special event for me personally and I’m sure most everybody.”

The Hockey for Heroes tournament runs through Saturday at 7:20 p.m. It is free and open to the public.