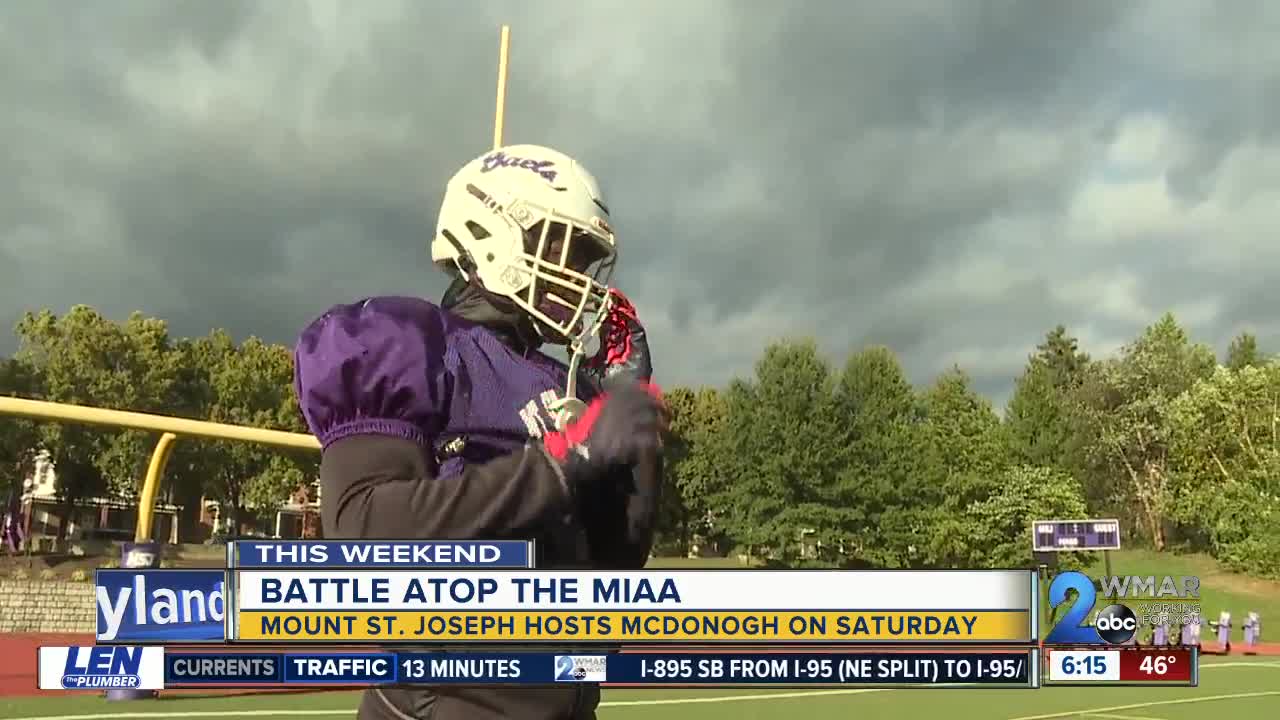 The Mount St. Joseph Gaels are 6-1 and host undefeated McDonogh on Saturday 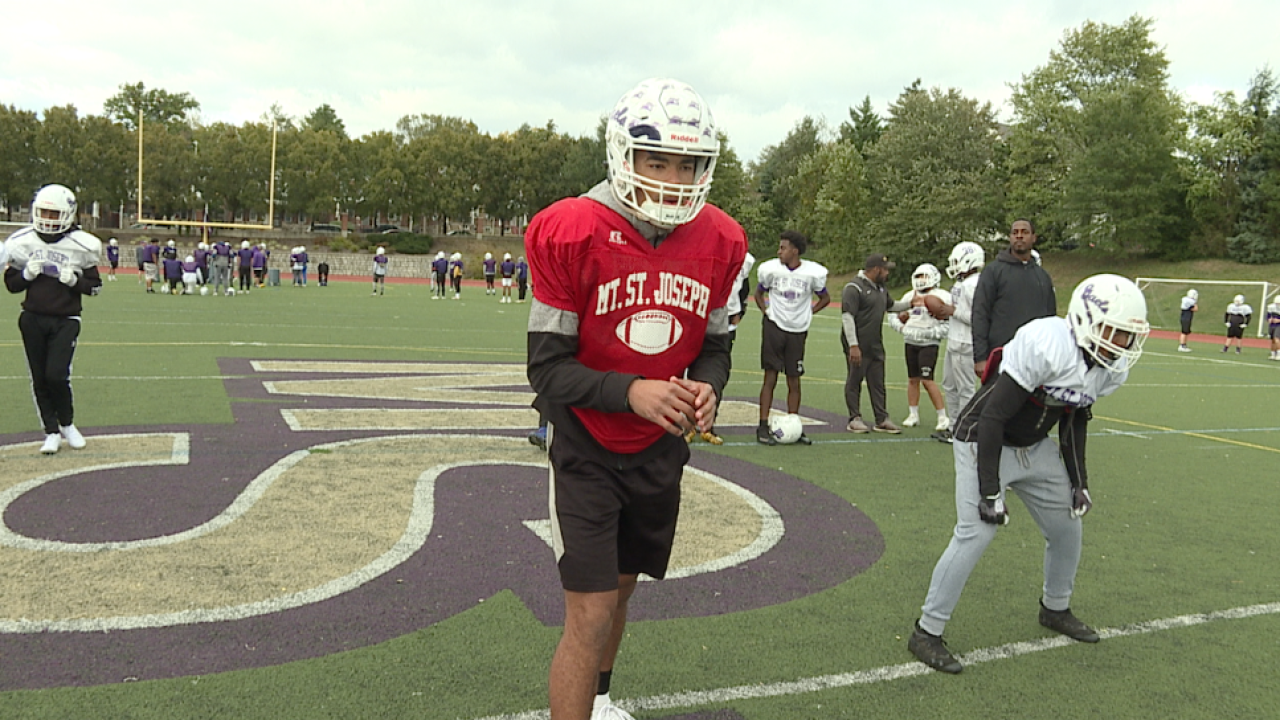 BALTIMORE, Md. — The Mount St. Joseph football team is putting it all together in 2019.

“I think it’s a coming of age because a lot of these guys that are playing for us now, this is their second or third year as starters,” said Head Coach Rich Holzer.

They’re experienced. They boast over 30 players that have been on the varsity roster for three years. One of them is junior Billy Atkins. The three-year starting quarterback set the M.S.J. single season passing record last year with 2,743 yards and 35 touchdowns. This year he already has over 1,800 yards and 25 TD’s.

“I’m definitely a pro-style quarterback. I definitely pass the ball a lot,” he said. “I definitely like getting the ball to guys that are faster than me and better than me, better athletes than me.”

One of those guys is senior running back Marlowe Wax. The Syracuse recruit, who also plays linebacker, holds the school rushing record with over 2,800 yards for his career.

“I’ve developed myself as probably a big back that can get you yards, get you extra yards,” said Wax. “I feel like my speed has definitely increased. I feel like I can get down the field. I can get past people. I can make people miss.”

“There’s no words to describe him,” added Holzer about Wax. “I haven’t coached a player like him before. There’s been some great players that I’ve worked with here. He’s unique. He’s great at everything he does on the field.”

Wax, Atkins and the rest of the Gaels are about to face their toughest test of the season.

“They are definitely big. They’re definitely fast. They’re very strong,” added Atkins. “It’s a great matchup for us and a great game for us to play in.”

“If we play our game and use our players and listen to our coach we can get them guys,” said Wax.

Kickoff Saturday between M.S.J. and McD is scheduled for 1:00 p.m.