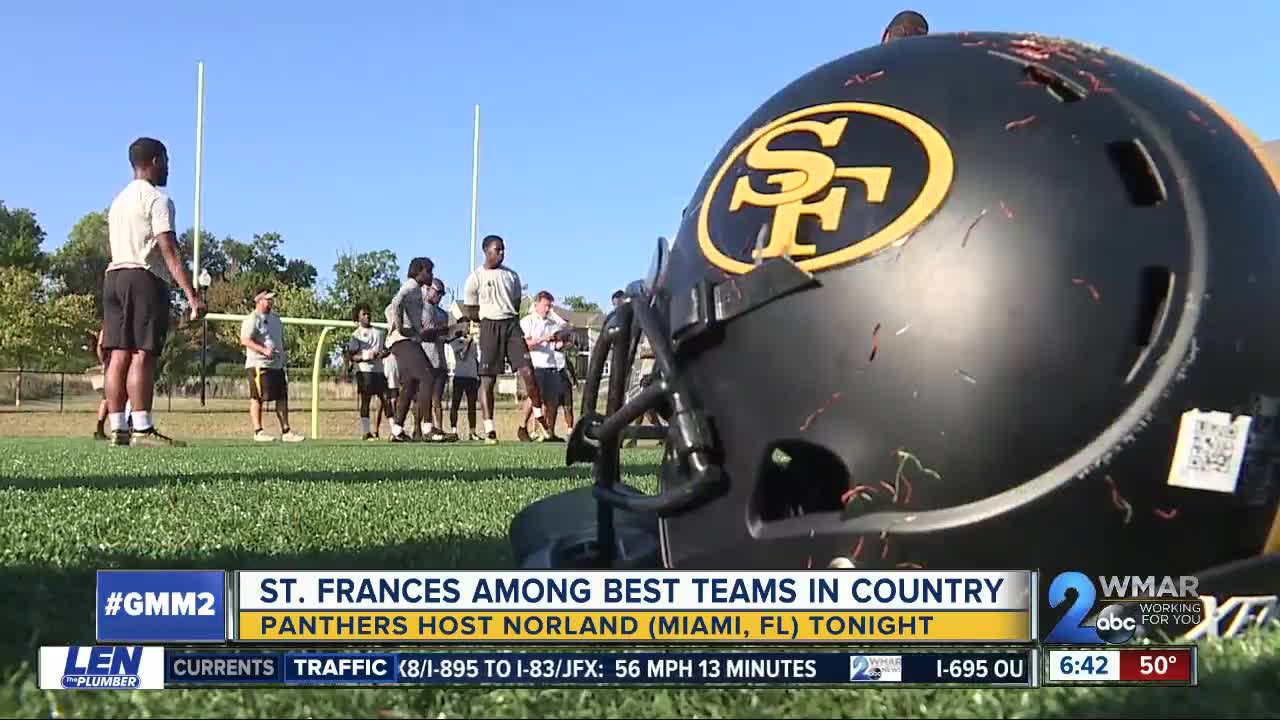 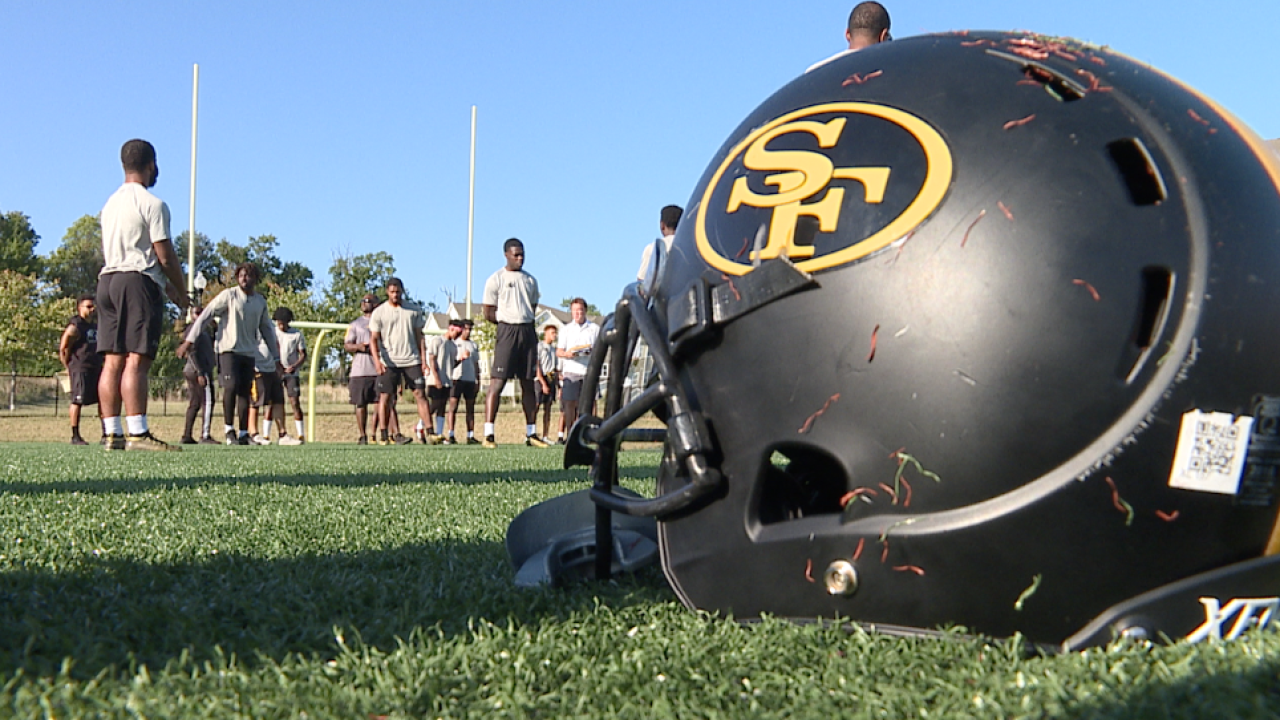 BALTIMORE, Md. — The St. Frances Academy football team is in a place it hasn’t been in almost three years.

They’re coming off a loss.

“I still, to this day, can’t even believe that we lost. It’s hard because I never lost a game. So, it just felt unreal,” said senior defensive end Chris Braswell.

But this wasn’t any old loss.

The Panthers fell 34-18 last Saturday to Mater Dei in Santa Ana, Ca. It was a matchup of the top two high school teams in the country. No. 2 St. Frances and No. 1 Mater Dei.

Even after taking the ‘L’ players say they improved.

This is the second season St. Frances (3-1) is playing a national schedule. It’s the Panthers’ first season as an independent program. They made a full split from the Maryland Interscholastic Athletic Association.

The rest of the MIAA schools refused to play the Panthers, co-coached by Biff Poggi and Henry Russel, last year citing safety concerns for their players due to difference in talent level.

“It’s been a great challenge for us. We’re excited about the teams that we’re playing this year. Very tough schedule,” said Russell.

The Panthers again boast one of the most skilled rosters in the nation. 16 Division I recruits. 13 to power-five conferences. Braswell is headed to Alabama next year.