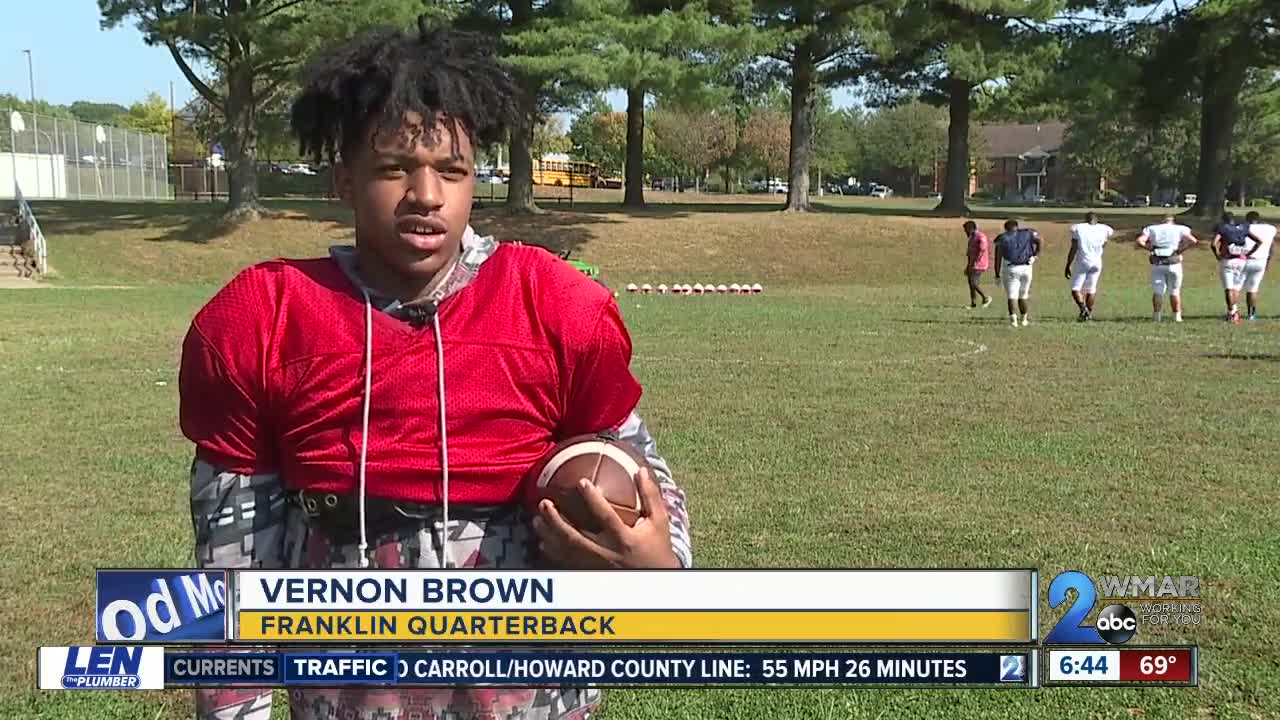 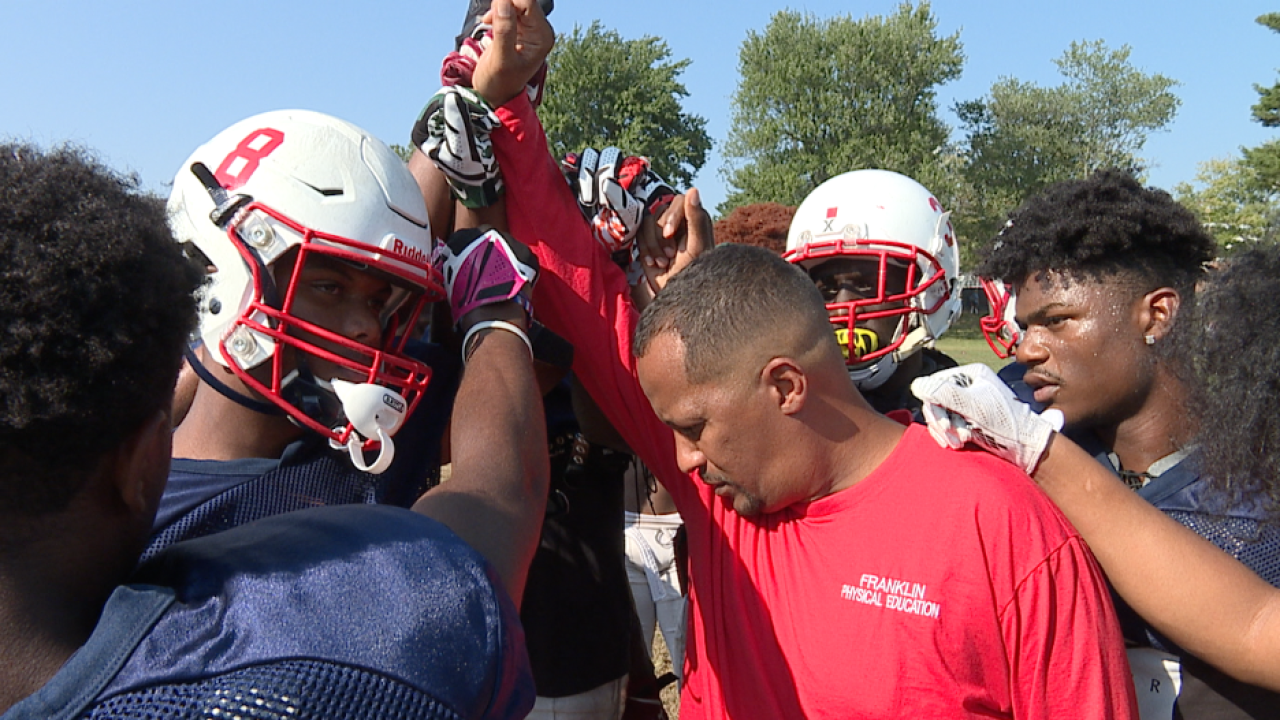 REISTERSTOWN, Md. — They were the only Baltimore area team to win a state football championship in 2018.

This year the Franklin Indians are on a mission to repeat.

“Oh, it makes all of our drive go up. It skyrockets. Because, after we physically can hold the trophy, we just want to go right back and win it again,” said cornerback Xavier Cokley.

They’re on their way.

Six starters from that title team are back this year on each side of the ball. So, there are plenty of new pieces.

“A lot of these guys were juniors last year and didn’t necessarily lead the way for the team,” said Head Coach Anthony Burgos. “So, this is their opportunity to kind of put their mark on their state championship.”

One of the returning starters is senior quarterback Vernon Brown.

“Every time in practice we just come out and think about the feeling about playing 14 games,” he said. “Last year we were just building a relationship. This year the relationship just got tighter.”

Kicker Simon Spath is back. He’s the one who booted the state championship-winning 29 yard field goal, as time expired in the 3A state final, to give Franklin the 17-14 victory over Linganore.

Spath said that kick has changed him forever mentally and it gave him extra motivation to get better entering his senior season.

“The kick, that has given me a lot of confidence now knowing that I can make it in pretty much any pressure scenario,” he said. “But also, over the summer I really worked out a lot and worked with a coach to get my form better. “

Franklin is 3-1 this season. They’re only loss came to a very good McDonogh team.

On Friday the Indians come back home to host Kenwood. Just like Franklin, the Bluebirds are off to a pretty good start this year. They own a record of 3-1.

“Kenwood is a very solid team. But we just feel like they’re not a threat,” said Cokley. “We’re looking at them like Milford. We should come out here and do the same thing we did to Milford, really.”

“It’s a game that you better come ready to play because they’re going to come here and they want to make a statement,” added Burgos.

Kickoff between the Indians and Bluebirds is set for 7:00 p.m.