Battle atop the MIAA - Calvert Hall vs. MSJ 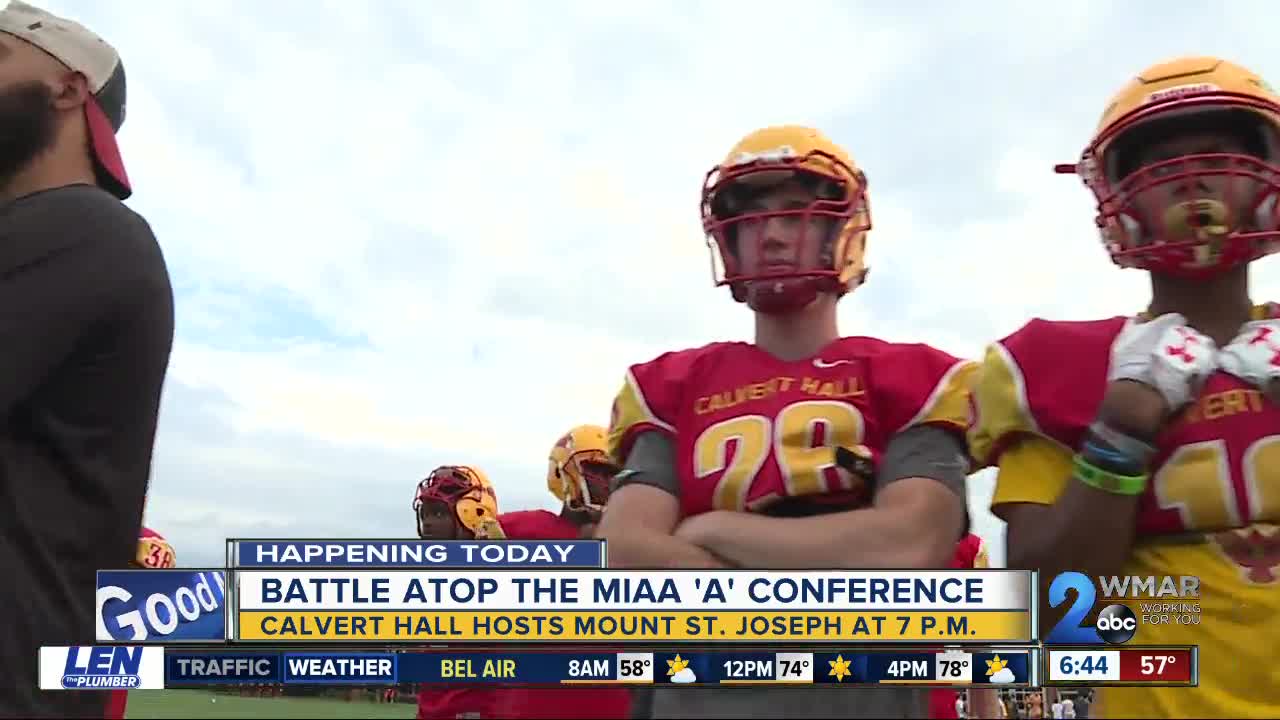 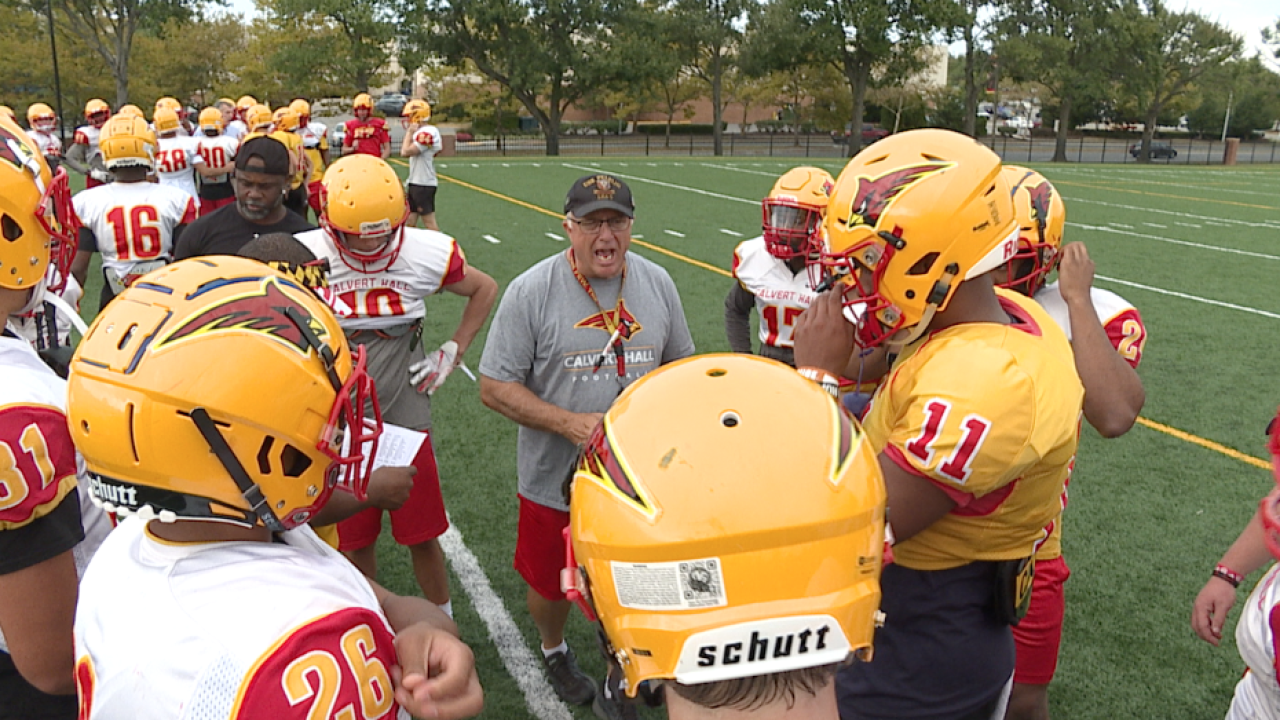 BALTIMORE, Md. — They are undefeated and on a roll.

The Calvert Hall Cardinals are 4-0 and once again the class of the Maryland Interscholastic Athletic Association’s ‘A’ Conference.

“We’ve just plotted along. We’ve done a nice job in all three phases of the game,” said Head Coach Donald Davis. “I think our kids have come to play every week.”

If you want to call averaging 38 points per game and giving up only 8.5 with two shutouts ‘plotting along’, then ya, they’re plotting along.

“Offense, we’re good at throwing the ball, passing the ball. Our defense is good up front. We have some good secondary players,” said senior running back Sean Tucker.

On Friday night the Cardinals host their toughest opponent yet: Mount St. Joseph. The Gaels were the only team to beat Calvert Hall last year.

“I think about it all the time because I want to have an undefeated season before I graduate here. So, we’re going to do that this year,” said senior kicker/punter Peter Moore.

“They got a lot of returning players. So, it’s a big game. It’s a big game. We know it’s going to be tough,” said senior cornerback Adewale Obayanju.

Both Calvert Hall and Mount St. Joseph are playing in a new, five team ‘A’ Conference of the MIAA this season. St. Frances left the league. After a year without a playoff, the MIAA postseason is back in 2019.

“We got something to look forward to at the end of the season,” said Obayanju. “So, it makes us want to win, play faster, play harder.”

“I think it’s a good thing,” added Tucker. “It’s something for us to look forward to, to get into a championship game.”

“It’s great to know if you play extremely well there’s extra opportunities to keep playing,” said Davis. “But our guys have kept perspective. One week at a time.”

Calvert Hall was the makeshift champion last year. They beat Spalding in the Christian Schools Invitational.

Kickoff on Friday between the Cardinals and Gaels is at 7:00 p.m. at Calvert Hall.