From Cancer to Camden Yards 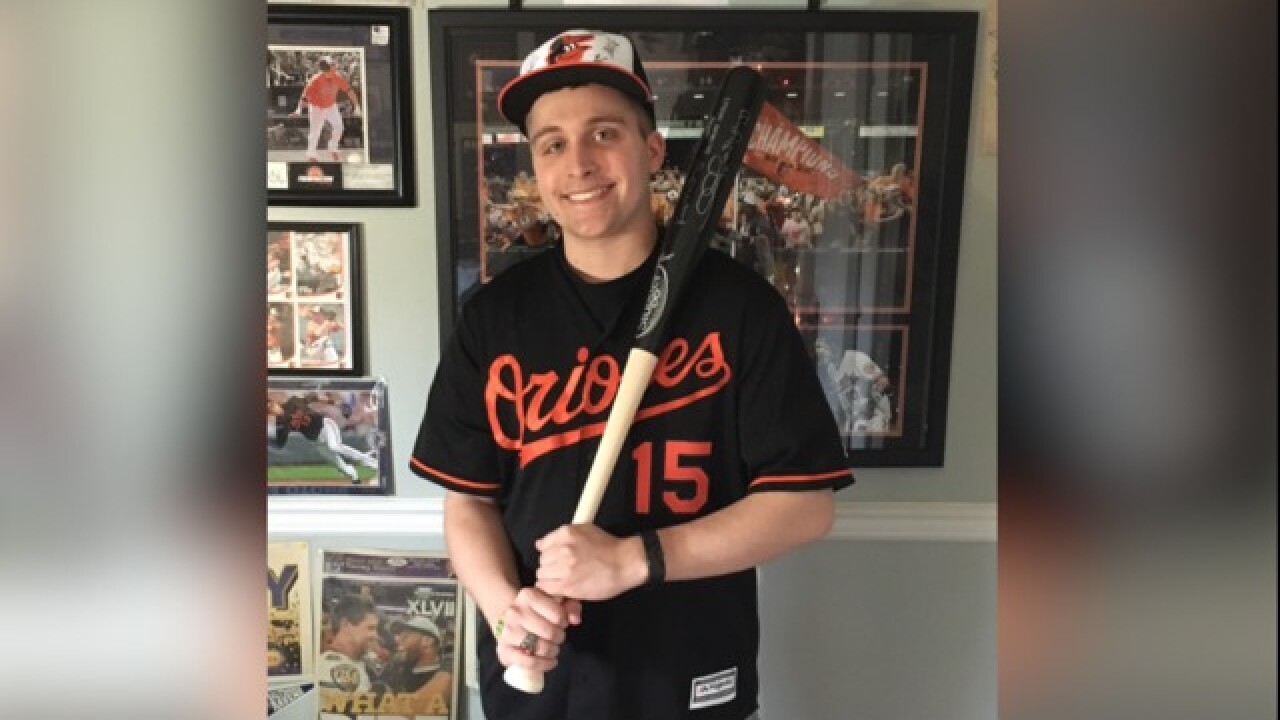 Christmas Day will never be the same for 18-year-old Jimmy Martino.

After months of excruciating headaches he finally went to the hospital.

“Got an MRI. They found the mass in my brain."

Jimmy was diagnosed with brain cancer. He'd have surgery the next day followed by months of radiation and chemo.

“It was tough,” he said. “It made you tired and there were days when I did not feel like eating.”

There were plenty of down days.

Part of what kept his spirits up was sports. Specifically the Baltimore Orioles.

“I've always had that dream of playing for the Orioles,” he said.

After dealing with such a nightmare his dream came true thanks to the Make-A-Wish Foundation. Jimmy became an Oriole for a day. He signed a special one-day contract with the O's last September.

“Jimmy's a 17-year-old power-hitting left handed first baseman. We like Jimmy's determination and his grit. Playing for the Orioles is Jimmy's dream. So glad we could help you today, Jimmy,” said Orioles General Manager Dan Duquette as he got emotional.

After Jimmy signed his contract it was onto the field to meet his new teammates.

Then to the skipper.

Next up, first pitch and front row seats behind home plate for a game that ended in walk-off fashion in the 13th inning.

“It made me feel really happy that I was able to do my dream which I always wanted to do since I was little. It was just an amazing feeling,” he said.

“He was on cloud nine for a couple days, I'll say that,” added Jimmy’s father, Pat. “To actually see him be able to enjoy his experience after what he had been through was probably the topper for us.”

“(I) was climbing the mountain and then finally reach the top and then end it off with this is amazing experience,” added Jimmy.

It’s an experience he still thinks of often.

“All the time. That was such a great day. I wish I could go back to it.”

On Sunday Make-A-Wish Mid-Atlantic is holding its Walk for Wishes in Baltimore. It’s a chance to raise money to allow kids with critical illnesses to fulfill their dreams. Jimmy will be a Wish Kid Captain and preach his message to other kids going through tough times.

“Just stay positive and keep in your faith and everything. Then you’ll go far,” he said. “Always just believe. Never doubt yourself. Always stay positive.”

Following graduation this summer Jimmy plans on attending Harford Community College. In the future he wants to help kids who have cancer.  As for his condition now, his cancer is in remission.

He just had an MRI a couple weeks ago. His dad tells me it went very well and everything looks stable.