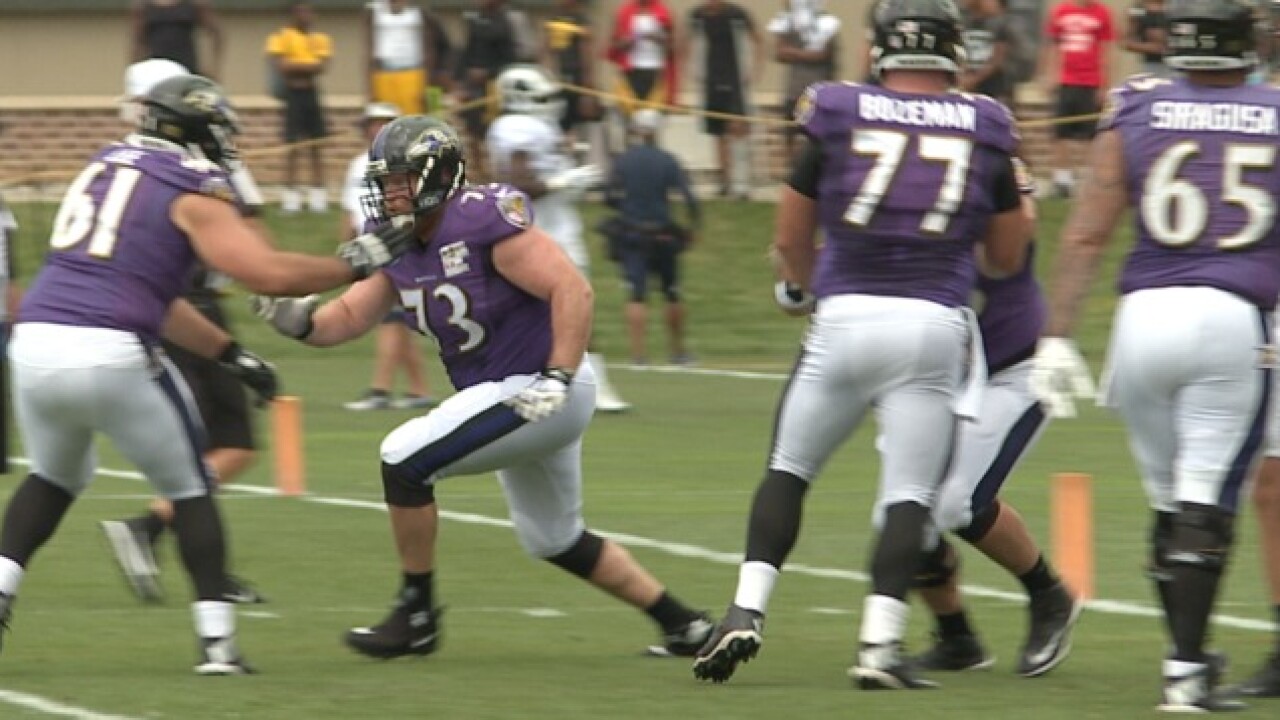 The last year has been a long one for one of the Ravens best players and leaders, six-time Pro Bowler Marshal Yanda.

The veteran guard broke his ankle last September and missed the bulk of the 2017 regular season.

While rehabbing in December he suffered a shoulder injury lifting weights that required surgery.

Yanda returned to practice this week doing individual work both on Monday and on Tuesday. Now his goal is to be ready to help the Ravens offensive line when the regular season rolls around on September 9.

“Marshal makes a big difference in our offensive line. What’s the exponential number? What percentage better? A lot,” added Ravens head coach John Harbaugh. “Seeing him out there today doing individual was good for my blood pressure.”

Yanda will slowly be increasing his workload at training camp.  He won’t play when the Ravens take on the Rams on Thursday and might not play in any of the remaining preseason games.

One other note from Tuesday is that tight end Darren Waller was reinstated by NFL Commissioner Roger Goodell. Waller had been suspended for a year for violating the league’s substance abuse policy.