Victory over Patriots 'Probably more than a good win' 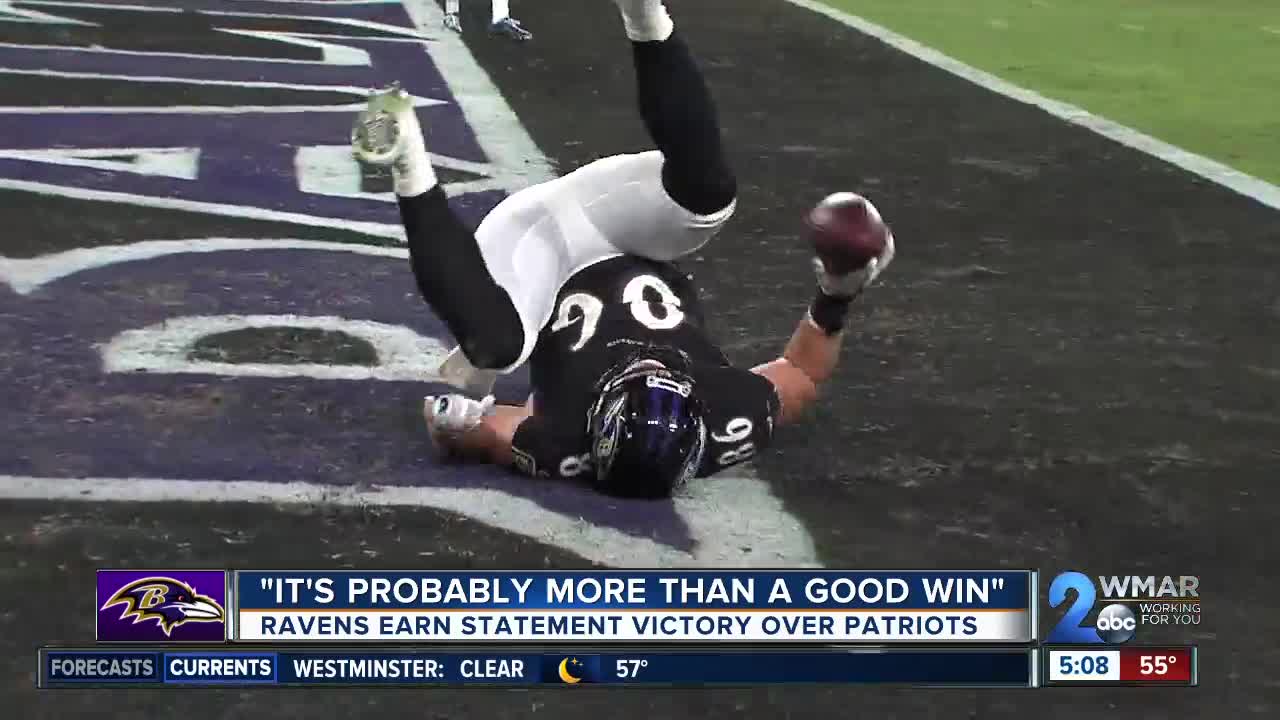 Harbaugh talks win over Patriots, looks ahead to Bengals 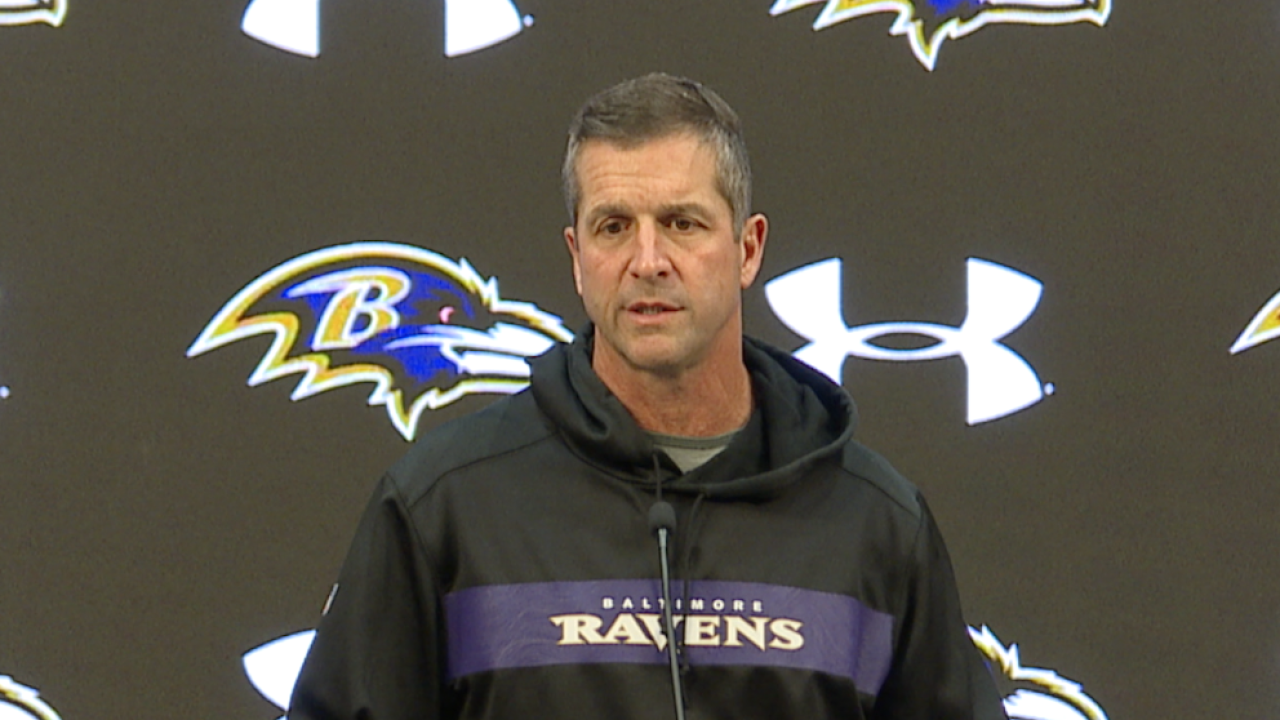 OWINGS MILLS, Md. — Not even 24 hours later and its a victory that’s just as impressive.

It was a dominating 37-20 victory over Tom Brady and the previously unbeaten Patriots.

“The best thing probably is I love our effort,” said Harbaugh. “I love how hard we play. I love how physical our guys are. I love the heart.”

Quarterback Lamar Jackson owned the game against the No. 1 defense in the league. His offense went 4-for-4 in the red zone against the NFL’s top red zone defense.

“It’s just critically important. Field goals and points are good and all that,” said Harbaugh. “They’re tough in the red zone. They’re one of the toughest red zone defenses year in and year out.”

The Baltimore defense was one that knocked Brady around and kept its composure when the New England surge started.

“It’s really hard to rush the way we rushed him, added the Head Coach. “Very direct rushes in front of him. I thought we impacted him as much as we could.”

Now the challenge is a road contest at Cincinnati. Yes, those 0-8 Bengals. The Ravens can’t afford a letdown or that dreaded ‘trap game’. Harbaugh said he’s not too worried about his players and their focus.

Regardless of next week’s outcome, a victory like Sunday night’s is one to remember for a while.