Victory Monday is back for Ravens... now time to watch the Steelers 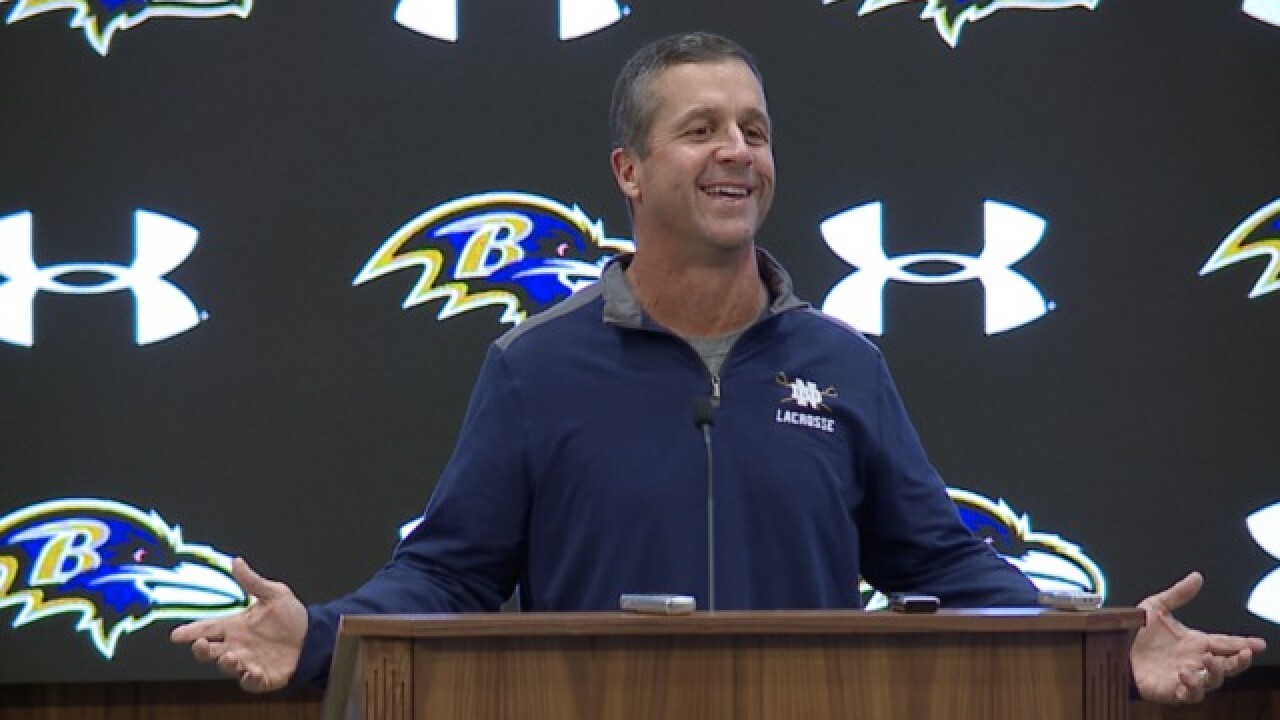 Copyright 2018 Scripps Media, Inc. All rights reserved. This material may not be published, broadcast, rewritten, or redistributed.
<p>John Harbaugh on the Monday after his Ravens defeated the Denver Broncos 27-14</p>

That good old victory Monday feeling is back.

“Proud of our team. Appreciate the way our guys handled the twists and turns of the game and the season so far,” said Ravens head coach John Harbaugh during his normal Monday afternoon press conference.

The Ravens 27-14 win over the Broncos has Baltimore back on track. They’re now 2-1 on the year.

One of the keys so far early in the season is red zone efficiency. The Ravens are perfect inside the 20-yard line in 2018. They were 3-for-3 yesterday and 12-for-12 this season. They are the first team in NFL history to score touchdowns on each of its first dozen trips into the red zone to start the year.

Flacco completed 25 of those throws against Denver for 277 yards and a touchdown. Harbaugh said it was one of his quarterback’s better days passing the ball.

“It’s in the top category. That’s what you like to see Joe do. I just think it’s a combination of a lot of things, including confidence in the guys that he’s throwing to.”

Now comes one of the most important stretches of the Ravens season. Three straight road games. Sunday night brings the always critical visit to rival Pittsburgh.

The winless Steelers visit unbeaten Tampa Bay on Monday night. You know Harbaugh will be tuned in.