Unprecedented week of player evaluation ahead for Ravens

Baltimore, other NFL teams must trim roster to 53 players by Saturday afternoon 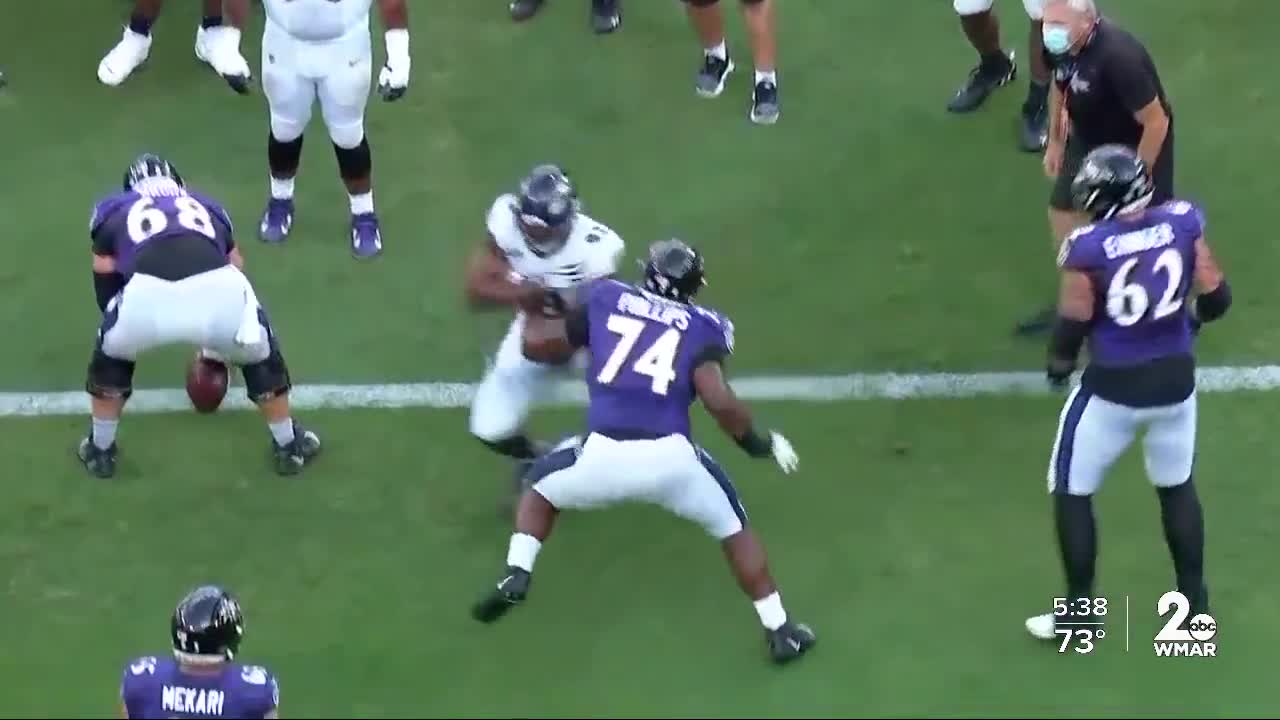 Monday was another step toward things getting real for the Ravens. The team entered regular season practice mode. They are into full game preparation for Sept. 13th's week one opponent, the Cleveland Browns.

OWINGS MILLS, Md. — Monday was another step toward things getting real for the Ravens. The team entered regular season practice mode. They are into full game preparation for Sept. 13th's week one opponent, the Cleveland Browns.

Baltimore has plenty to work on after Saturday’s intrasquad scrimmage at M&T Bank Stadium.

"I certainly didn’t like the false start penalties and the unforced errors that we had," said Ravens Offensive Coordinator Greg Roman.

The scrimmage was designed by coaches to simulate what the preseason is lacking this year- an actual preseason game.

"Harbs (Head Coach John Harbaugh) made that as close as we could to being that fourth preseason game through everything that we did, from the Saturday morning walk-through all the way up until the last horn blew," said Ravens Defensive Coordinator Don Martindale.

Who it benefited the most were the rookies.

"A lot of the young guys got some great experience during the live periods," said Roman. "Really got a sense of how those guys would be without the preseason games."

Their performance might make or break some of them. This is a big week when it comes to figuring out the final roster. The Ravens must cut down to the regular season maximum of 53 players by Saturday afternoon.

The final week of evaluation is like nothing ever before. There is no game tape for the front office and coaches to reference.

"It’s very different but I think everybody is under the same guidelines and rules and schedule, so it’s equitable," said Roman.

"Obviously it’s different. There are undrafted free agents who have made this team off the fourth preseason game, right there at the end. It was neck and neck with somebody else," added Martindale. "It’s going to be difficult. Cuts always are."

There are 27 of them coming between Monday and Saturday's deadline of 4:00 p.m.

The Ravens announce they have waived defensive end John Daka, wide receiver Michael Dereus and center Sean Pollard. They have also placed wide receiver DeAndrew White on injured reserve. The have 23 more cuts to go to get down to the mandatory 53 players.