Thomas on the field, Ravens want to make McCoy 'official' 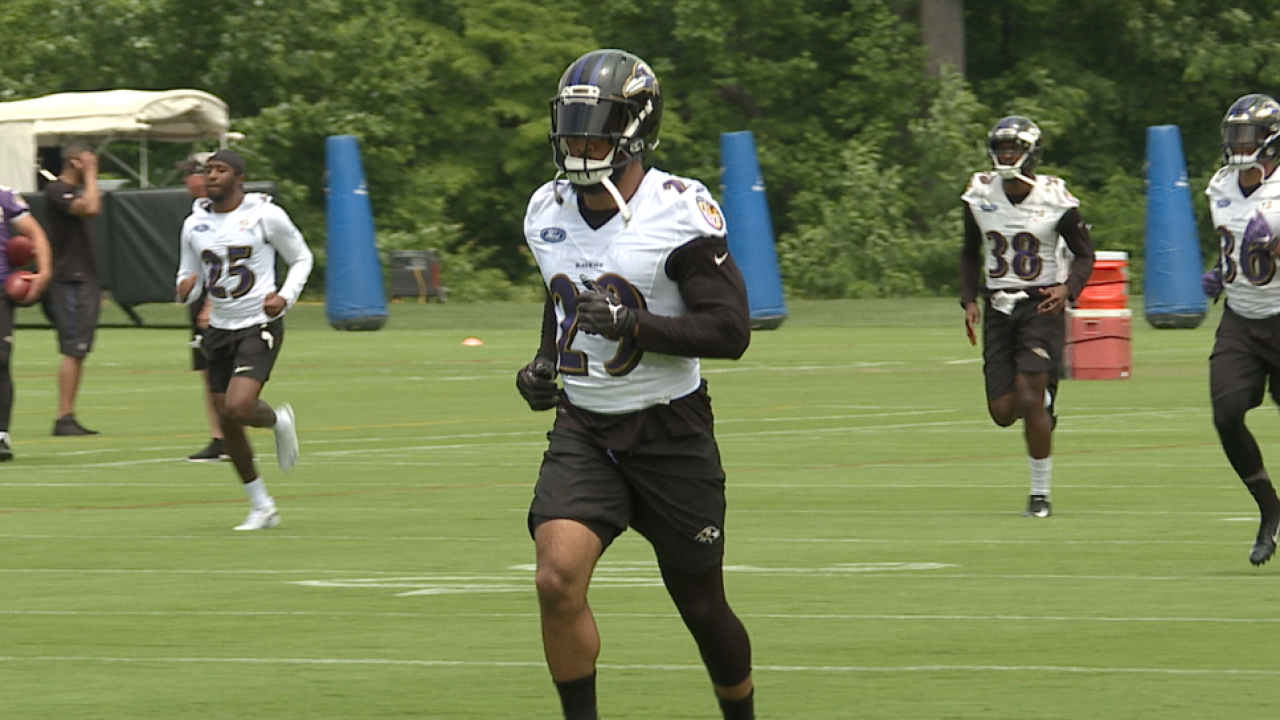 OWINGS MILLS, Md. — The Ravens’ new No. 29 was on the field for week two of Organized Team Activities.

Earl Thomas, present and accounted for.

“He’s had a great week. He’s looked really good,” said Ravens Head Coach John Harbaugh. “Great anticipation, and then great ability to cover ground. He shows up in the right spots on a regular basis.”

The veteran Pro Bowl safety didn’t talk to the media on Thursday as he continues to get acclimated to his new team. Thomas came over from Seattle as a free agent. He’s part of a pretty vast turnover of defensive starters.

Linebacker Patrick Onwuasor knows his voice has to be heard this season. With C.J. Mosley leaving for the Jets, Onwuasor now makes the defensive calls.

“Now I feel like I have to step up in that role and communicate a lot more,” said the man they call Peanut. “Be loud, vocal. Get a couple players lined up, adjust the fronts and do a lot of different things that I really had C.J. do, and I just used to play fast and play off of him.”

On the offensive side of the ball, tight ends Nick Boyle, Hayden Hurst and Mark Andrews are back and part of a new-look attack that should give that position plenty of action.

“It’s going to be tough for teams to try to really key on who is in, just because there is so many guys that can do so many different things,” said Andrews.

“Our tight end room is loaded,” added Hurst. “Mark, Nick, myself. I know we’re a huge focal point of this offense, so it’s fun being a tight end here.”

Hurst said he put on 20 pounds of muscle in the offseason and has something to prove in his second year.

The Ravens continue OTA’s next week before mandatory minicamp begins on June 11. A big question is, will we see a new defensive tackle on the roster when the team gets back on the field?

“He’s an A+ guy, A+ personality. All the things he stands for principle-wise, what he wants to be about as a football player fit us,” said Harbaugh. “I told him before I left, I said, ‘You haven’t been here yet, but, to my mind, you’re a Raven. You’ve always been a Raven. So let’s make it official.'”