The pads come on for the Ravens 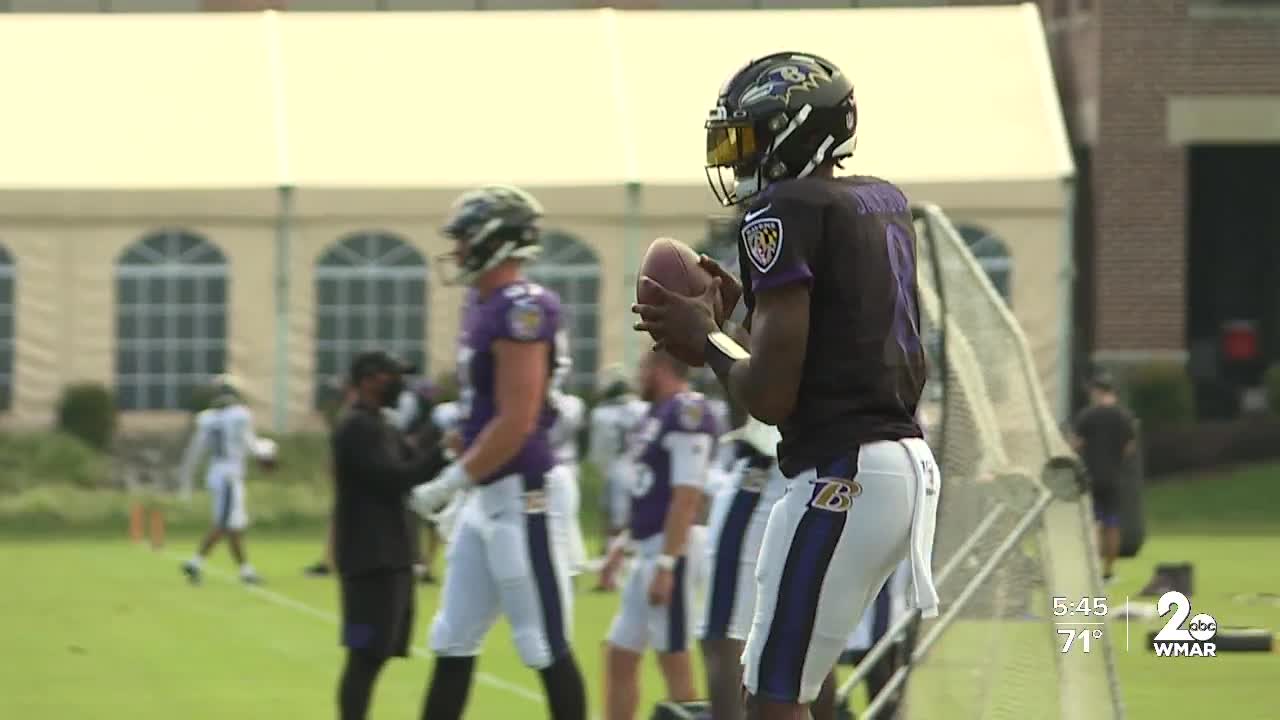 In a football world so different, so changed by COVID, the march toward NFL normalcy continued on Monday.

OWINGS MILLS, Md. — In a football world so different, so changed by COVID, the march toward NFL normalcy continued on Monday.

"This virus has affected a lot of us and it’s impacted the whole world and it’s impacted how we do things on a daily basis in and outside the building," said Ravens linebacker Matthew Judon. "For a split moment it felt like we didn’t have to worry about this virus."

The Ravens took the field for their first training camp practice in pads.

"Running fast, getting back, it felt a little normal," said Judon.

"It was just exciting to finally get out there and be able to play some real ball with the pads on, be able to physically grab and move guys," said right tackle Orlando Brown Jr. "It was a whole other level of energy today."

Fantastic to see real, live, football with pads on. First thing that jumped out to me being at practice this morning: the size of Calais Campbell and D.J. Fluker. The guys are just massive. Skura looked like he was moving well. Lamar having fun like always. #Ravens @WMAR2News

Matt Skura was back on the field just nine months after the center tore multiple ligaments in his knee and dislocated his kneecap.

"He’s in there and he looks good," said Head Coach John Harbaugh. "So, I do expect him to be ready for the season but we’re going to be smart with our process with him."

Of course, the NFL MVP, quarterback Lamar Jackson looked good and had fun as usual. He soon may have another guy to have fun with.

Veteran free agent wide receiver Dez Bryant is reportedly going to work out for the Ravens this week. He has not played a game since late 2017.

Free-agent WR Dez Bryant is expected to travel to Baltimore this week for a workout with the #Ravens, sources tell @SlaterNFL and me.

"He’s a great talent. He’s clearly one of the best to play in a Cowboys uniform. If we do sign him I’m sure he’s ready to go," said Brown Jr. about Bryant.

On the injury front there is devastating news for Iman Marshall. The corner suffered a major knee injury on Sunday and needs surgery. Receiver Chris Moore is out for a few weeks with a broken finger.