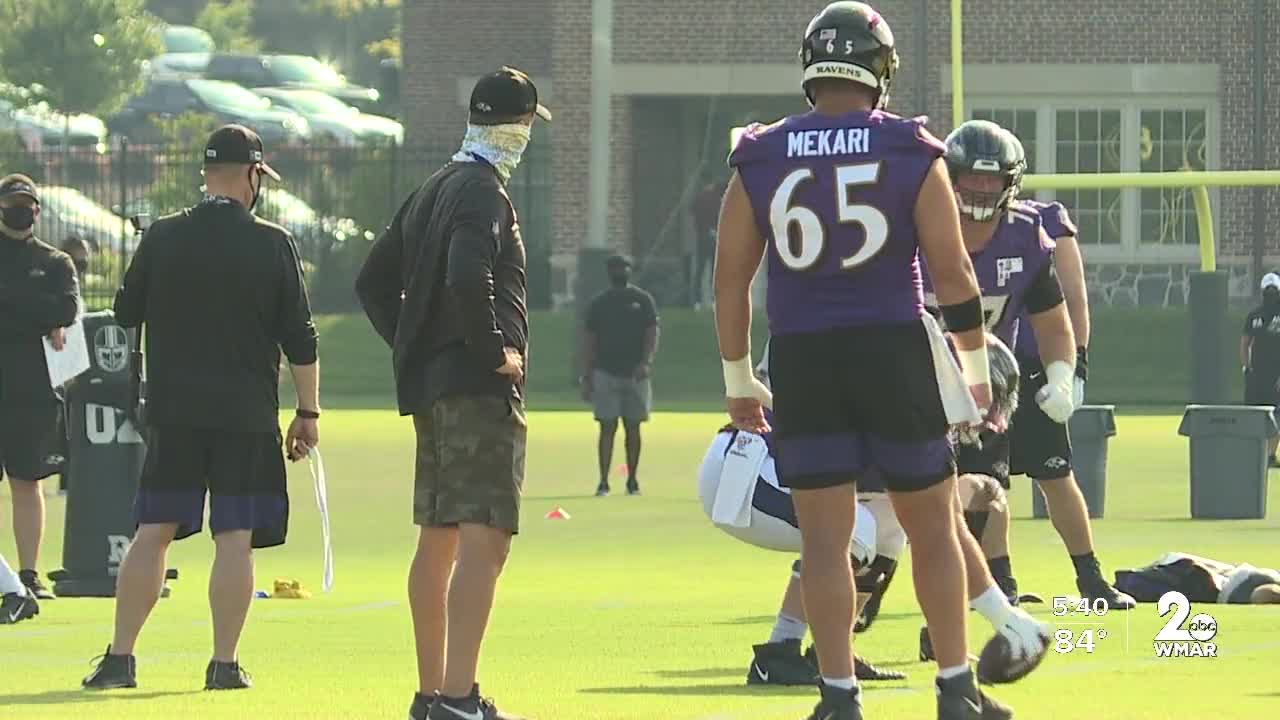 There were a couple of heated exchanges to end Ravens practice on Friday. Defensive tackle Justin Ellis went after center Patrick Mekari while starting safeties Chuck Clark and Earl Thomas jawed at each other. 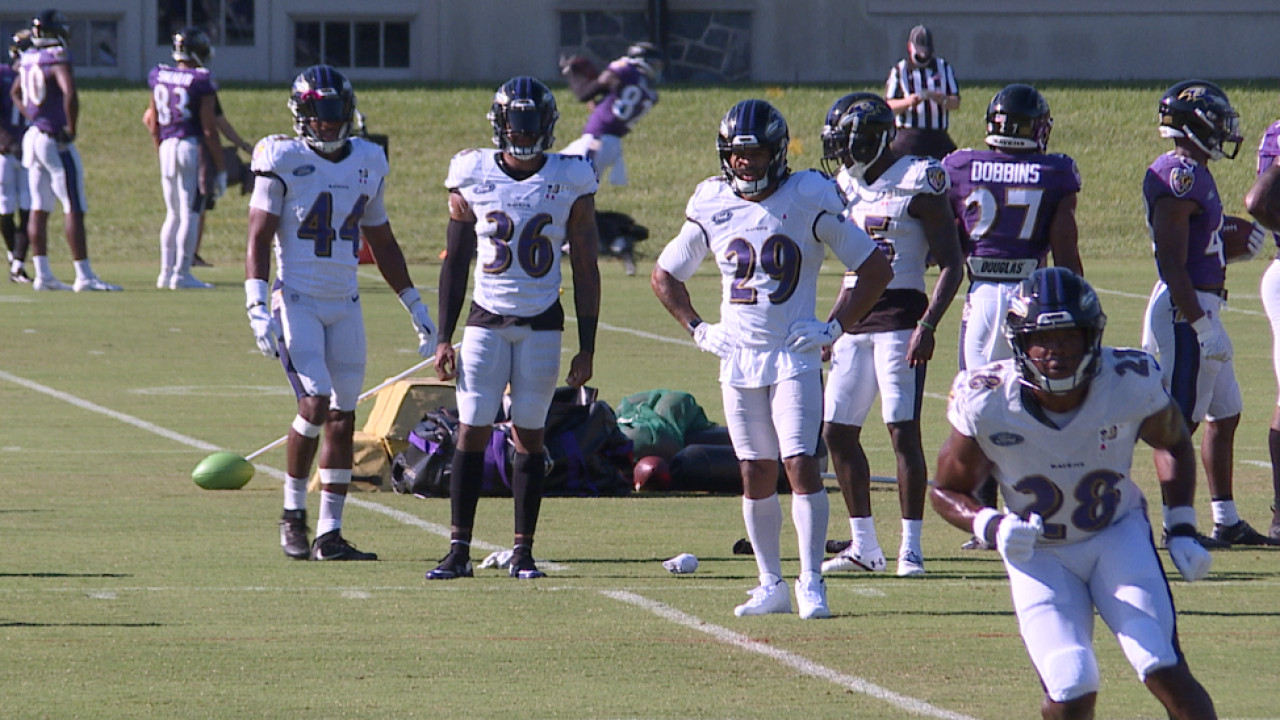 OWINGS MILLS, Md. — There were a couple of heated exchanges to end Ravens practice on Friday. Defensive tackle Justin Ellis went after center Patrick Mekari while starting safeties Chuck Clark and Earl Thomas jawed at each other.

"It just lasted longer than it needed to for me," said Head Coach John Harbugh. "You're going to have these things in training camp. Tempers are going to flare, sure. It happens every training camp, especially right about now, probably. I don’t like them when they extend like that and eat into our reps. We’re going to have to find out why and make sure that doesn’t happen."

Both skirmishes happened during the portion of practice off limits to record.

Patrick Queen is well into his first NFL training camp. The rookie first-round draft pick is projected to start at inside linebacker and is already showing off his wheels.

The 28th overall pick out of LSU is getting more and more confident every day and impressing his veteran teammates.

"I feel like I progressed in every part of my game - from run standpoint to pass standpoint," said Queen. "Just trying to level the playing field that I’m on now coming from college to the NFL. Trying to get adjusted to the game tempo."

"Patrick Queen, he’s what you want in a first-round pick," said linebacker L.J. Fort. "He has the talent. He understands defensive concepts. He has some dog in him."

One injury to tell you about from Friday: running back Kenjon Barner left practice early with what appeared to be a leg issue.

The Ravens get to move training camp to downtown Baltimore for the first time this weekend. They will practice inside M&T Bank Stadium on Sunday. They take the field again in Owings Mills on Saturday.