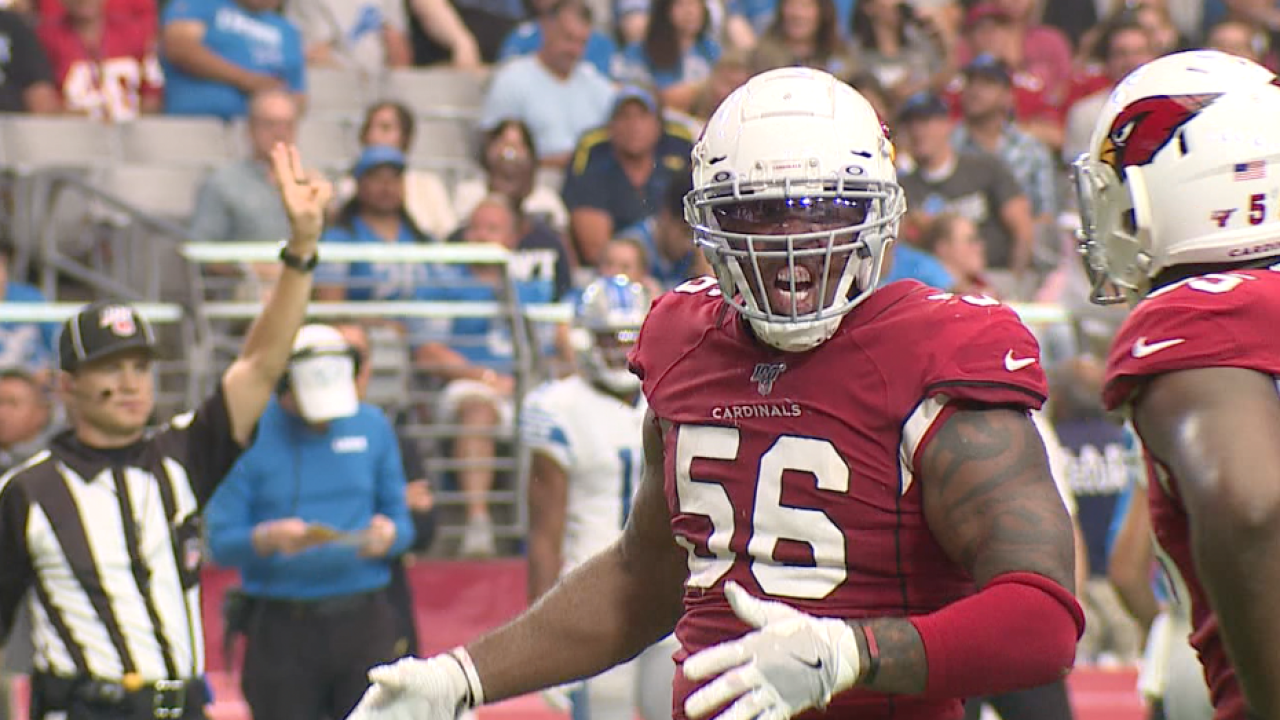 OWINGS MILLS, Md. — He patrolled the Ravens defense for 16 years.

But Terrell Suggs has traded in those black feathers for red. He’s now an Arizona Cardinal and he’s coming back to town.

“It’s going to be really weird. But, we’re going to get after him though,” said Ravens linebacker Patrick Onwuasor.

Suggs returns to Baltimore on Sunday as his new team plays his old.

“He’s obviously an incredible player,” said Ravens tight end Mark Andrews. “Especially here he’s a legend. So, it’s going to be fun to go against him.”

“He’s meant a lot to everyone in this building and the city. So, I look forward to the matchup,” added Ravens right tackle Orlando Brown Jr. “I know he’s excited about coming back for his homecoming.”

After going against him in practice for so long, the Ravens offensive line now has to stop Suggs in live, game action. Lamar Jackson has to be aware of the now No. 56.

“In the game he’s all go,” said the Ravens quarterback. “So just got to get ready for that.”

Lamar says Suggs used to trash-talk him at practice last year and called him a mediocre quarterback. Cardinals coach Kliff Kingsbury has one request for Jackson:

“I hope Lamar forgives him. Just let bygones be bygones on that deal,” said Kingsbury.

This Sunday should be rocking at M&T Bank Stadium. It’s the home opener after that record-setting 59-10 week one win down in Miami.

“I just can’t wait. I’m anxious right now. I just can’t wait to play Sunday. After the Dolphins game I was ready to come back to play,” said Jackson. “I’m just pumped. So, when we’re here I just hope it’s packed out.”