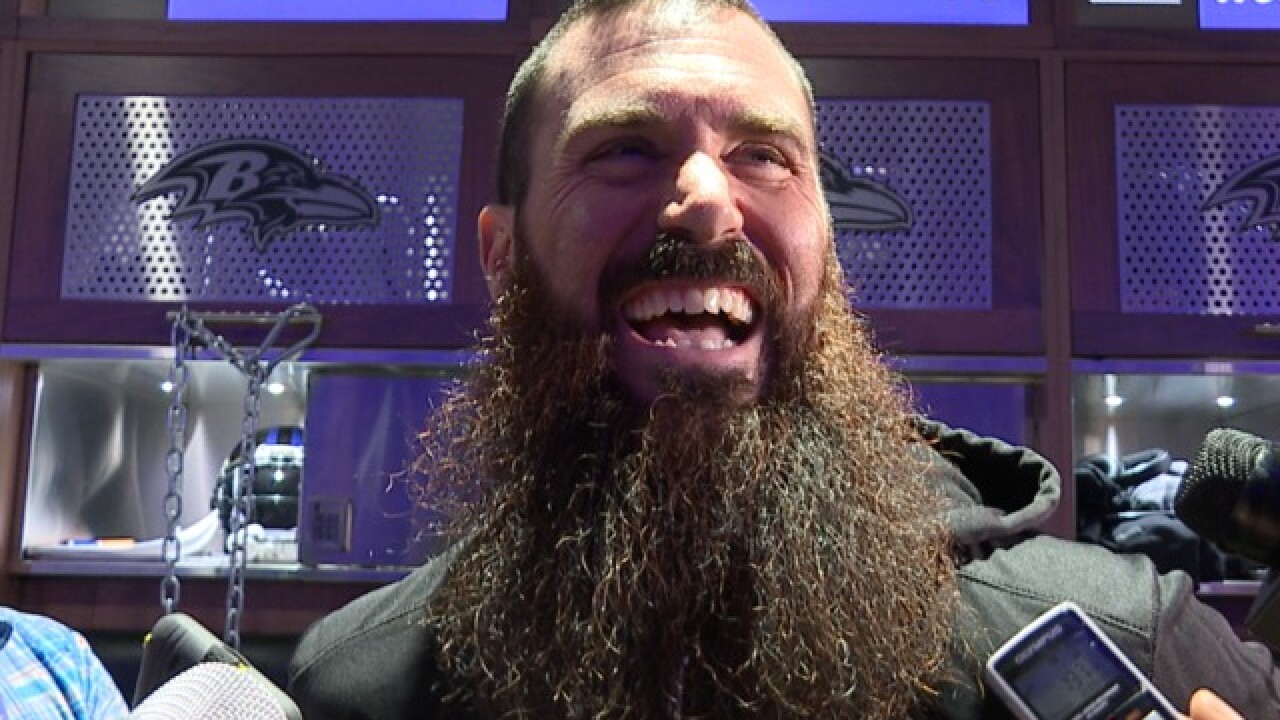 Copyright 2018 Scripps Media, Inc. All rights reserved. This material may not be published, broadcast, rewritten, or redistributed.
<p>Ravens safety Eric Weddle before practice</p>

“I’m going to tell him right now, if he ends up flopping or trying to extend when I got him in a bear hug, I’m going to fight him on the field and we’ll both get kicked out. I’m just letting him know right now. That’s not going to happen. Everyone knows it’s a joke. If not then they don’t know Eric Weddle.”

I guess Steelers week brings out the comedian in everyone.

But no one is finding the new and frequently-called roughing the passer penalties funny.

Roethlisberger has drawn some criticism after appearing to exaggerate some contact to draw more flags.

How does the top-ranked Ravens defense guard against him doing that on Sunday night?

“We’re going to hit. We’re going to try to get our helmet to the side and roll off,” said Weddle. “If they feel like that’s not enough then so be it.”

“Be conscious of getting your head to the side, not hitting him in the face or helmet, neck area,” added Ravens defensive tackle Brandon Williams. “But, you just got to keep hitting,”

And Ravens-Steelers usually has plenty of that.

“I’d expect a physical game. It’s more than just winning and losing the game. It’s beating a division opponent up a little bit so they still have to feel the effects the next week,” said Ravens quarterback Joe Flacco.

For the 12th consecutive year the Ravens and Steelers will go at it in primetime. Baltimore has lost its last three games against Pittsburgh.

“We can’t wait to go there and play,” said Ravens head coach John Harbaugh. “We like playing there. It’s not like we’re afraid to go up there and play in primetime. We’re excited about it and we’re looking forward to it.”

While Hurst and Mosley returned to the field for limited action, several veterans did not practice. That list included linebacker Terrell Suggs and cornerback Brandon Carr with knee injuries and left tackle Ronnie Stanley with a foot injury.