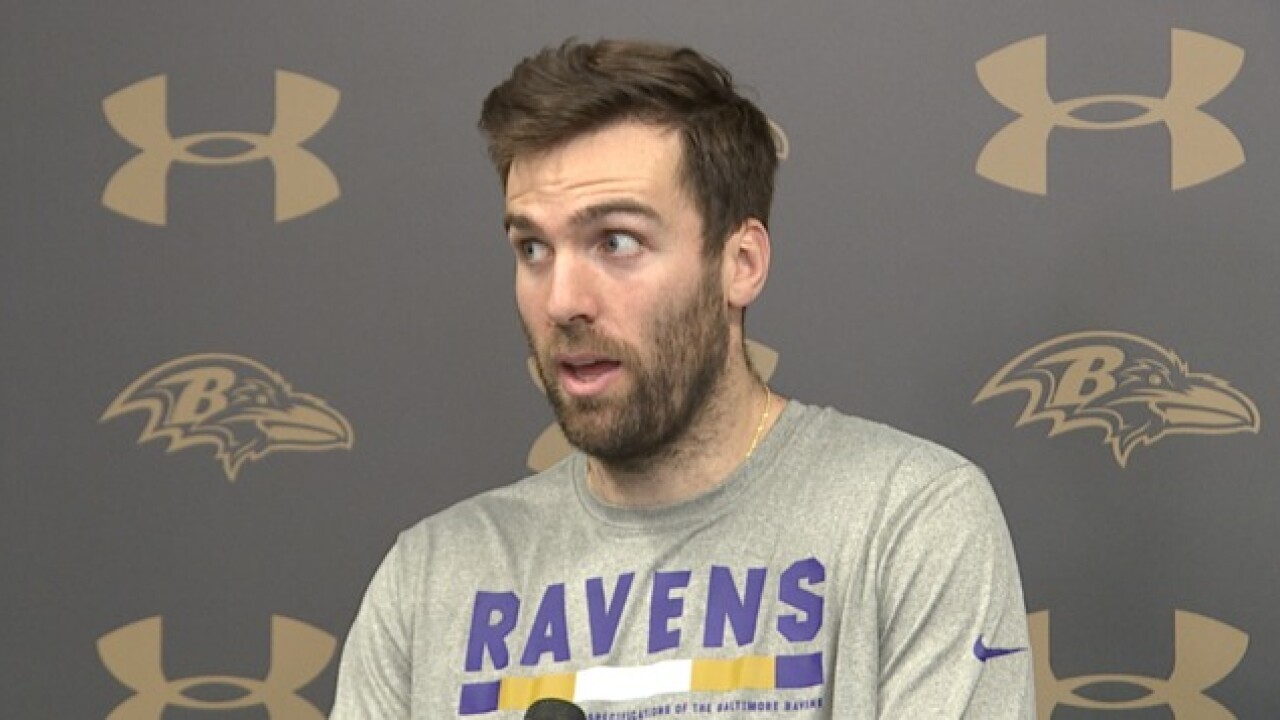 The Ravens front office wanted it.

The Ravens fans wanted it.

Now it looks like they’re going to get it.

Quarterback Joe Flacco intends to get together with his receivers for some informal throwing sessions during this offseason.  He made his intentions known as the Ravens began phase one of their offseason workout program.

Typically over his career Flacco hasn’t held these extra workouts with his wideouts on his own.  He’s just worked with them during the offseason program at the team facility.

General Manager Ozzie Newsome and Head Coach John Harbaugh have both expressed how beneficial it would be for Flacco to take the extra step to join his receivers and put in some extra time together.

For years fans of the the team have made it known they wanted Flacco to do more when it comes to offseason work.

Still, Flacco doesn’t see much use in any extra throwing in the early part of the calendar year. He said the best time to do additional work with his receivers is between minicamp and training camp.

“In the five weeks after minicamp, yes, because that’s when you’re really ramping up and we want to stay ramped up. But honestly, in the time from January through March, if you happen to be working out with guys, it’s all good. I think just staying in shape, and for those guys to be running routes and catching the ball, and for me to be throwing a little bit and keeping my arm in shape – that’s all good,” said Flacco on Tuesday. “I think when it becomes important to get with guys and really throw is after you’ve spent a little time with your coaches, we all understand what the common goal is, and then when you’re ramping up in those five weeks towards the season, then is when it really becomes important. Other than that, if it happens to happen, it does. But at the same time, guys are all over the place.”

This summer the need to develop a chemistry with his receivers is even more pressing for Flacco.  He has a new crew lining up next to him. Gone are Mike Wallace, Jeremy Maclin and Michael Campanaro.  The weapons this year include free agent additions Michael Crabtree and John Brown.

“There’s no doubt that stuff is important, and we’ll do it,” Flacco said about throwing with his receivers outside of the team facilities. “We’ve already talked about it with John [Brown] and Mike [Crabtree]. I think sometimes those things are just as much, or more, about developing a relationship with those guys and developing that trust, for those guys to see that I really like who they are as football players, and for them to see that hopefully they like who I am as a football player. I think when you can get that relationship going, that’s going to help your football team out a ton. Obviously, there are benefits to throwing and the physical aspect of it, but I think building that relationship when you have new guys is just as much, or more, important than all that stuff.”

I tend to agree with Flacco regarding the timing of getting together with his receivers on their own time.

In theory, the more reps you get the better.  But does Flacco need to toss passes to his wideouts on an open field religiously from January through the end of July? I don’t think so.  Okay, maybe a time or two as Spring begins.

These guys may be professionals, but they are still human.  They need some down time, both physically and mentally.

Put the work in inside “the castle” then get the extra work in after minicamp.  Show up to training camp on the same page then get after it.

Flacco better be on the same page with his targets or he’ll soon have a lot more opportunities to throw… on his own time.