Running back depth a luxury for Ravens heading into season 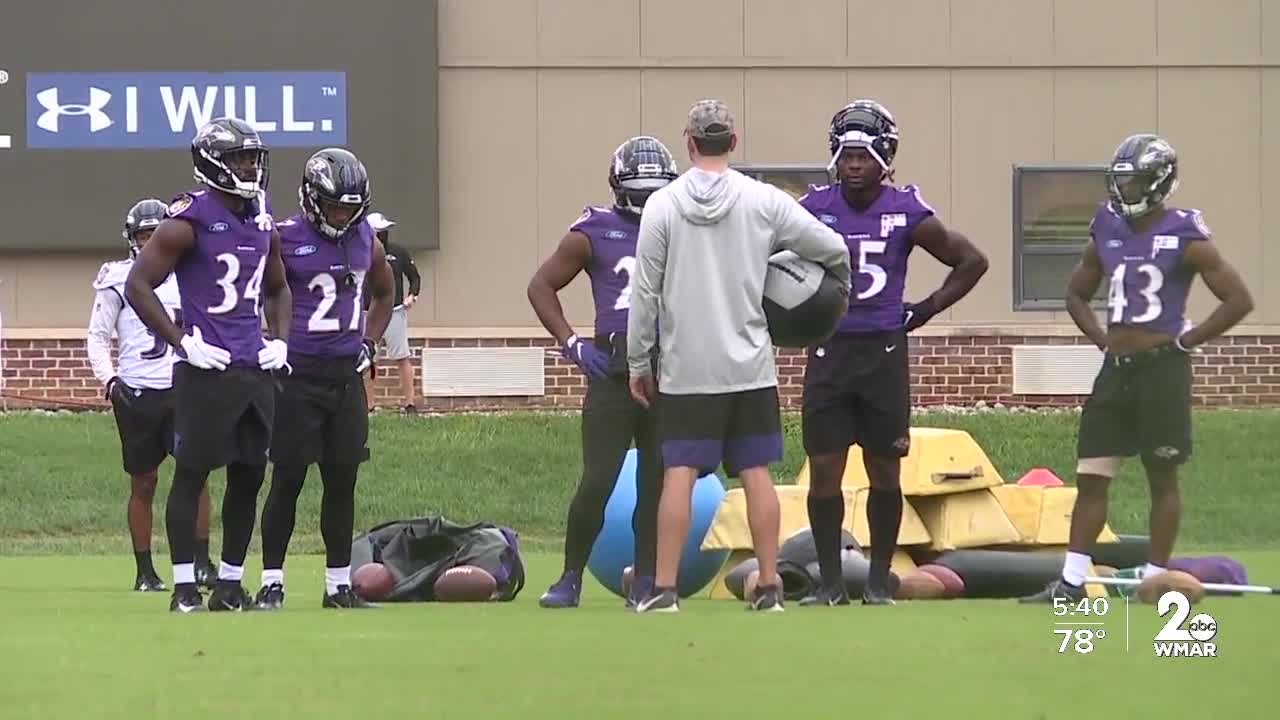 He is the newest weapon for an already prolific Ravens run game: J.K. Dobbins.

"I feel like I’ve been preparing well for this first game. Hopefully I can get in there and make some plays," said the Ravens rookie.

Game No. 1 of his pro career is now just twelve days away. The 5-foot-10, 212 lbs. running back out of Ohio State was selected 55th overall in this year’s draft.

"He wants to be good. He wants to play. He’s confident," said Ravens Head Coach John Harbaugh. "Confidence plus coachability plus talent, it’s a pretty good combination and he’s got all of that."

The Ravens’ future feature back joins Mark Ingram, Gus Edwards and Justice Hill in a crowded running back room.

"All of those guys can do something well," said Dobbins. "Every player in the room is great. We’re all pretty well-rounded."

Dobbins is sure to make the ground attack even better. Of course, led by quarterback Lamar Jackson, the Ravens set the NFL single season rushing record last year with 3,296 yards.

The often overlooked man in the team's backfield is Edwards. The third-year running back is coming off two 700-yard rushing seasons. He rushed for 130 yards in last year’s regular season finale against Pittsburgh.

He may be underestimated by those outside the locker room, but inside is a different story.

"I know my team has tremendous faith in me. I don’t think I’m underrated in that aspect," he said. "I feel like I have great trust in the building. That’s the most important thing, actually."

"I guarantee he gets credit around the league by the defenses, by the defensive coaches," said Harbaugh. "They know he’s a must stop player in terms of the way he runs the football."

Harbaugh added that in this year's training camp Edwards has looked better than last year.

Edwards is expecting more from himself in 2020.

"I personally don’t think it’s been enough," he said. "I plan on having a better season than I did last year, actually."

Edwards and the Ravens head back to M&T Bank Stadium on Wednesday. They’ll hit the field there for practice at 1:00 p.m.