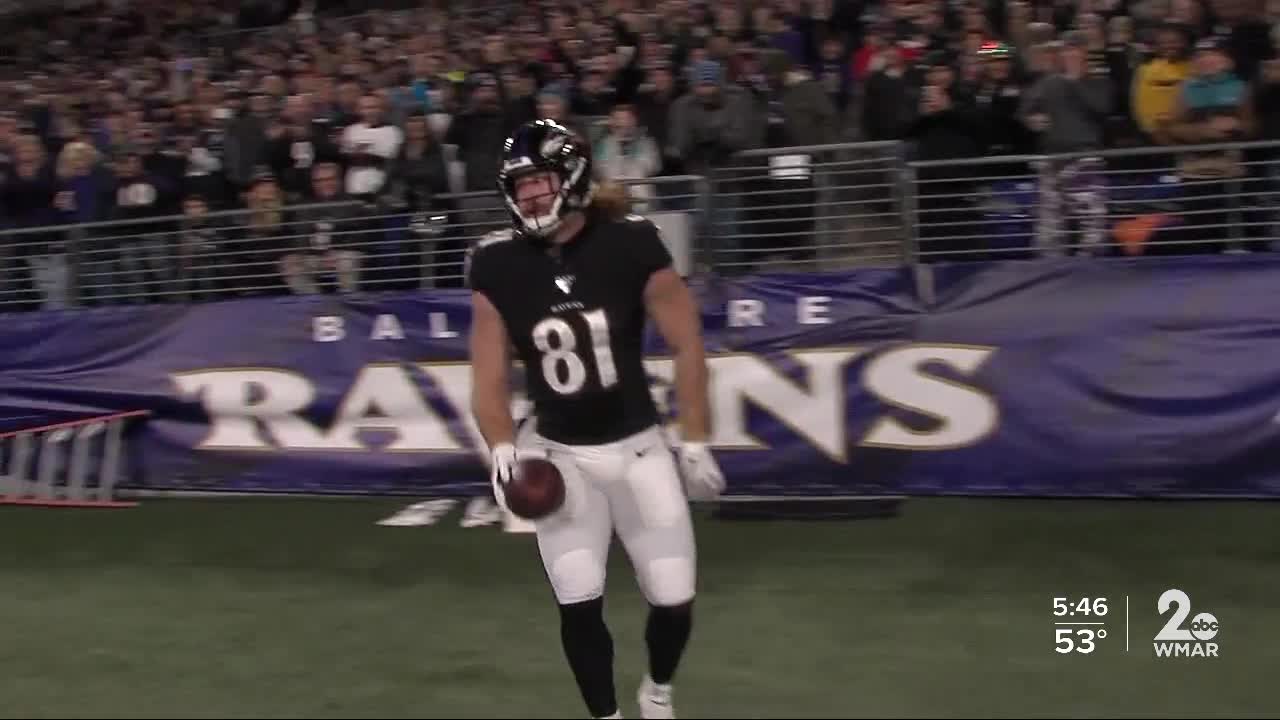 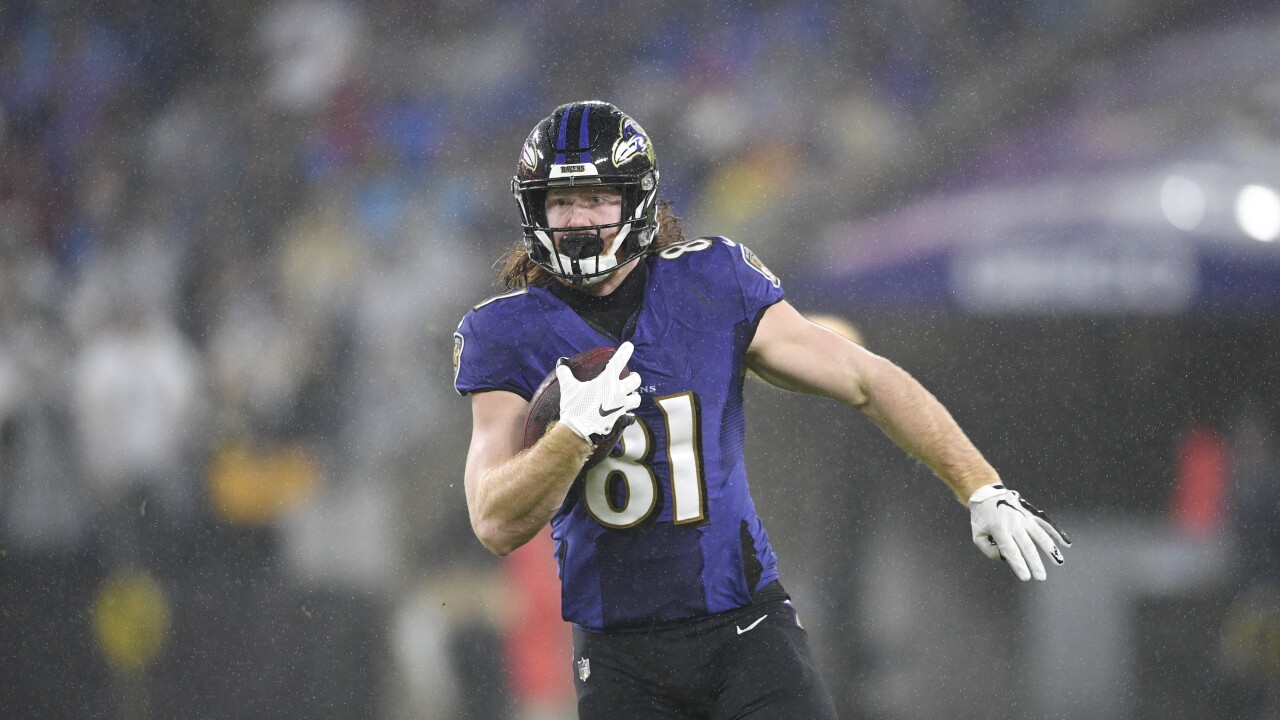 BALTIMORE, Md. — A Ravens roster shakeup as the week begins.

Baltimore said goodbye to Hayden Hurst on Monday. Multiple national reports have the Ravens sending the tight end and a 2020 fourth-round draft pick to the Atlanta Falcons in exchange for a 2020 second-round draft pick and 2020 fifth-round selection.

Hurst leaves the Ravens after just two seasons. He was their first first-round draft pick in 2018 (25th overall). He was selected seven picks before quarterback Lamar Jackson.

Hurst had three touchdowns over his first couple years in the NFL. In 2019 he registered 2 TD's, 30 catches and 349 yards receiving.

The trade will become official when the new league year starts on Wednesday.