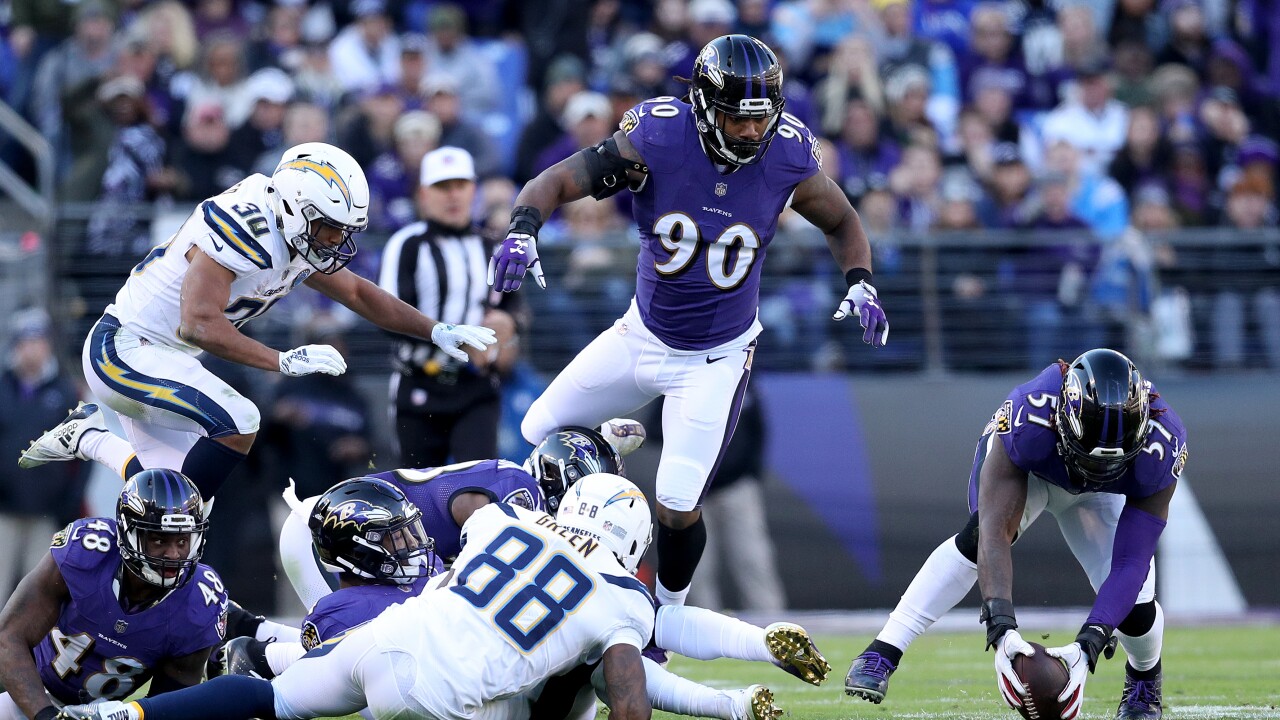 BALTIMORE, Md. — The Baltimore Ravens continue to lose players from their No. 1 ranked defense.

Linebackers C.J. Mosley and Za'Darius Smith are the latest to agree to sign with other teams this offseason. Both are free agents.

NFL media's Ian Rapoport reports Mosley is to sign with the New York Jets when the new NFL league year begins on Wednesday. Mosley's deal is to be five years, $85 million with $51 million guaranteed.

The duo's departure from the Ravens comes after veteran free agent linebacker Terrell Suggs agreed to sign with the Arizona Cardinals and veteran safety Eric Weddle signed with the Los Angeles Rams. Weddle was released by Baltimore last week.